Cooking Around the World: Kosovo 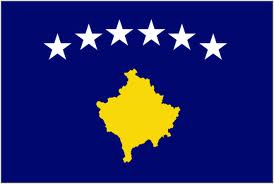 Kosovo is a southern province of the Federal Republic of Yugoslavia, which is composed of Serbia and Montenegro. The country is about the size of Kentucky. It is bordered by Bosnia and Herzegovina, Croatia, Hungary, Romania, Bulgaria, Macedonia, and Albania.

Its independence, while supported by the United States and a host of other Western nations, is controversial. Still, I'm here for food not politics.

To travel by tabletop to Kosovo, today, I decided on Flija for breakfast. It's one of the most typical Kosovar dishes that is mostly prepared in mountainous areas. Flija is a layered cake of crepes with a honeyed cream in between each layer. It's traditionally baked with cinders: the batter put in a pie pan, then covered with a saç- a metal dome, then baked over cinders.

Recipes seemed to disagree about the contents of the batters - flour and cream - as well as how the Flija is actually made. Some recipes have you layer the batter and cream and bake all together. Others seem to say that you layer, bake, layer, bake. But since all agree that "the process is long, but the results are delicious!" I leaned towards the latter and baked each crepe layer, added the cream, baked the next layer, and so on...for six or so layers. It's a good thing that I gave myself 90 minutes to make this breakfast! 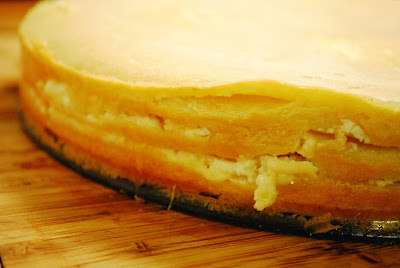 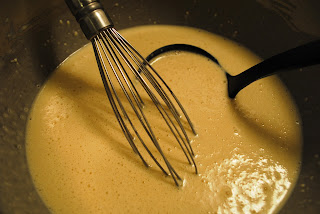 Preheat oven to 350 degrees. Butter the inside of a springform pan and wrap the outside with foil to prevent leaking. Ladle in enough of the batter to coat the bottom of the pan with a thin crepe-like layer. Bake until the batter is no longer glossy - approximately 5-8 minutes. Layer in the cream and top with another crepe batter. Bake again until matte. Repeat. When all of your batter is used up - I got about six or seven layers total - return the Flija to the oven to completely cook through. All told, it took me about 70-80 minutes. Cool for 10 minutes. Run a knife along the edge of the pan and unmold the cake. Slice and serve with a dusting of powdered sugar. 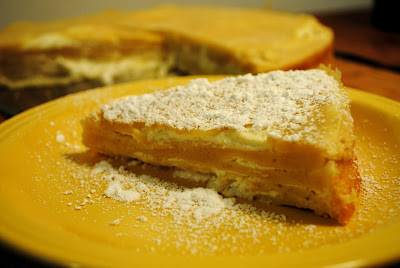 The family verdict: "It's a little like a funny cheesecake...with pancakes. It's weird, but weird good."
My verdict: I like the flavors, but with the time and effort, it's a one-timer.

With our Flija breakfast, we've wrapped another county in our Cooking Around the World Adventure. We're off to Kuwait next.