What to do when your husband isn't consuming eggs and you had planned on Pisco Sours for Peruvian independence day? Well, if you're me, you look for another mixed drink that uses pisco and doesn't use eggs! Eureka. I found mention of a chilcano de pisco, which is not to be confused with chilcano de pescado. The former is a cocktail made with Peruvian brandy; the latter is a Peruvian fish soup that sounds delicious, but is definitely not this.

Though I have had Pisco before, I did some reading and wanted to share some fun facts about this unique brandy that is produced in Peru and also in Chile. 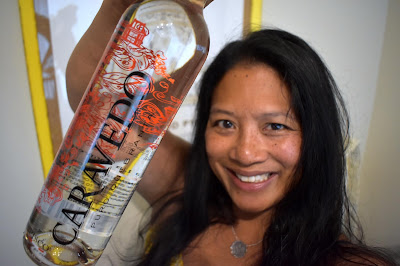 Pisco must be made in one of five coastal regions of Peru, including Ica, Lima, Arequipa, Moquegua, and Tacna; it cannot be aged in wood at all; it can only be distilled once, and only in a copper pot; it has to be distilled from wine as opposed to the leftovers from wine production; and Pisco can only be made from eight specific grape varietals — Quebranta, Negra Criolla, Uvina, and Mollar, which are considered non-aromatic grapes, and the aromatic grapes — Moscatel, Torontel, Italia, and Albilla.

On the nose, this pisco has an warm scent that seems both tropical and citrusy. Think coconut and orange mixed together. On the palate, I still get coconut, but there's a tinge of earthy vanilla and the warmth of clove and cinnamon.

And while I enjoyed it on its own, the chilcano de pisco was surprisingly tasty and so easy to make. It was a great drink on a warm summer's evening on the patio. 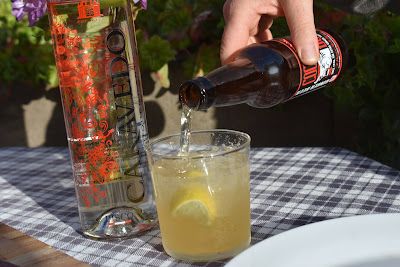 Fill the 8 ounce glass halfway with ice. Pour the Pisco over the ice. Squeeze the juice from the lime wedge(s) into the glass and drop in the peel. Top off with ginger beer. Give a quick stir and enjoy. Salud!