By Camilla M. Mann July 29, 2020
This is a sponsored post written by me on behalf of author Laura Kumin and publisher Pegasus books.
I received a complimentary copy for the purpose of review, through The Book Club Cookbook's Galley Match program,
but all opinions are honest and they are my own. No additional compensation for this post was provided;
this page may contain affiliate links. 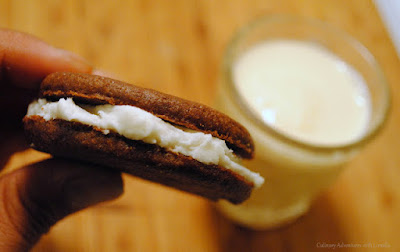 All Stirred Up: Suffrage Cookbooks, Food, and the Battle for Women's Right to Vote by Laura Kumin* is set for release on August 4th. But my Lit Happens group was offered the opportunity to read advanced electronic copies early through the Galley Match with The Book Club Cookbook. 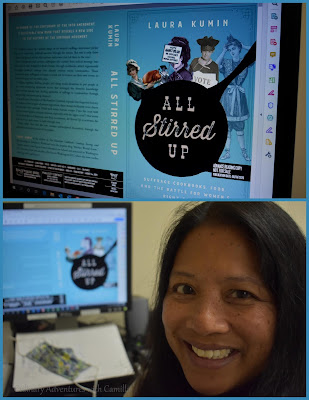 I never pass up the chance to read a book that includes history and food. In this case, Laura Kumin offers us a delicious new book with a fresh look at the history of the women's suffrage movement. And the amount of knowledge Kumin has about the subject is evident. This was a fun one for this history-loving foodie!

When you read the words 'women's suffrage', what comes to mind? For me it was Susan B. Anthony, voluminous white bloomers, and black and white photos of women carrying picket signs at organized marches and protests. What I never knew was how the suffragists cooked together, fed people, and used the dining room table to forward their grassroots movement. A shared meal is a strong unifying force. Now that I did know!

Along with the well-researched history of women's suffrage, Kumin includes a trove of culinary delights; she offers recipes throughout - both an original plus a modern adaptation.


Here's an example above. "Emergency Salad" came from Washington Women's Cook Book, published by the Washington Equal Association, and was simply two sentences. No ingredient list. No measurements. Just a description. It's clear to me that there was an assumption that people knew how to prep food and cook without every single step spelled out for them...and the way people ate vegetables was not al dente like we do now.


Kumin writes, "Cooking methods in these cookbooks reflect a bygone era as well. Steaming had not come into vogue to keep vegetables crisp, and suffrage cookbooks rely heavily on boiling as the means of preparing vegetables. Typically, the cooking times prescribed were way longer than those used in modern recipes. During the suffrage era, vegetables were cooked into what might be politely termed 'oblivion.' Cabbage boiled for two hours (in the Detroit stuffed cabbage recipe), and thinly sliced carrots and a head of celery boiled for two-and-a-half hours (for carrot soup in the Pittsburgh cookbook.) According to the Boston cookbook, cabbage and beets should be boiled for three hours (except for some reason in the summer beets were only boiled for one hour)" (pg. 217). 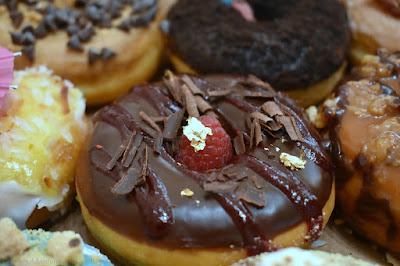 I chuckled as Kumin described the power of doughnuts in the cause. "Doughnuts became tools of persuasion too. In California’s 1911 suffrage campaign, one Southern California suffrage league created picnics where the group gave prizes for the best doughnuts, cookies, and biscuits. At first people mockingly called it a 'doughnut campaign,' but soon the moniker took on a more positive connotation, as the widely advertised picnics brought the curious and the hungry. As one account of the campaign reported, 'The doughnuts were so good that crowds ate them while they listened to oratory that was evidently convincing'" (pg. 120).


And, perhaps, some of my favorite 'recipes' were for things that weren't edible! Case in point: five ounces childhood fondant which "should be on hand in every household where children gladden the hearth" (pg. 292). 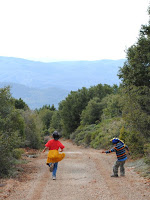 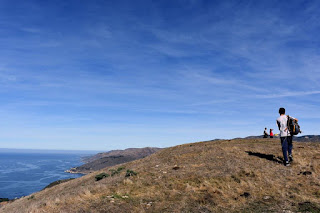 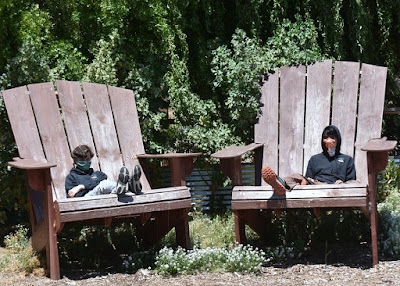 Kindness, sunshine, pure food, recreation, and rest. Those are essential for happy children! Especially as we are entering our twentieth week of being sheltered in place during the coronavirus pandemic, it's important to get those kids outside. That's the recipe for happy children. Well, it's at least one component to happy children.

On the Plate
With the plethora of recipes Kumin provided, there were many that I marked, including Sally Lunn bread (pg. 23), Asparagus Soup (pg. 92), and Orange Marmalade No. 2 (pg. 268). But for this post, I decided to share something that was inspired by the introductory timeline when Kumin details suffrage milestones, other happenings in the United States and the world, and food. I was intrigued to learn that Oreos are over one hundred years old. "Nabisco sells its first Oreo cookies" in 1912 (pg. XXV).

I actually had never had an Oreo until just few years. Yes, mine was a childhood mostly devoid of American treats. However my parents had no qualms about feeding those verboten foods to my kids! I remember my mom calling to tell me that it was embarrassing to take my boys to the park sometimes. When other kids were pausing for snacks, mine would ask, "What's a Twinkie, Nonna?" or "Have you ever had a Dorito, Nonna?" She said it was un-American. I told her that she had no one else to blame by herself. I never ate those foods; my kids certainly didn't need to eat them. She disagreed. 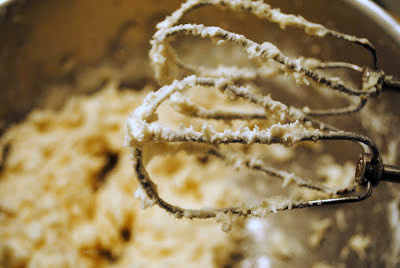 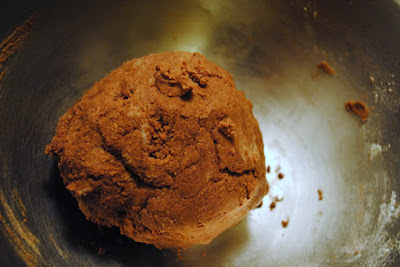 Cream the butter and sugar in a large mixing bowl until light and fluffy.  Add the egg and beat until well incorporated. In the mean time, whisk together the flour, cocoa, and baking powder. Slowly add the dry mixture to the creamed mixture, beating on the lowest speed.  Continue to mix on the lowest setting until the dry ingredients are just incorporated. Press the dough into a ball. Wrap in plastic wrap and refrigerate for an hour.

Between 2 pieces of parchment paper, roll the dough to approximately 1/4" thickness. Use a small glass to cut out cookies and transfer them to the prepared baking sheet. Chill in the freezer for 5 minutes. Then bake for 10-12 minutes. Cool completely.


Once the cookies are cooled, prepare the filling.  Combine the softened butter, heavy cream, and vanilla and beat until combined. Add the powdered sugar gradually, approximately 1/2 cup at a time, until the filling comes together.  It should be slightly stiffer than a cupcake frosting. Spread the filling on one side of a pair. Then press the remaining cookie to form a faux-reo. 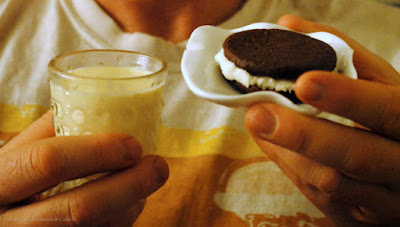 I have also added this to #FoodieReads.
Click to see what everyone else read in July 2020: here.