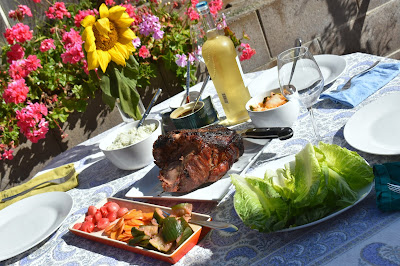 Here we are looking at our eighteenth week of being sheltered in place...and I am working on a paella delivery for my parents' forty-eighth wedding anniversary. Then I realized that I neglected to post about the Fathers' Day delivery I did a couple of weeks ago. Tardy...tardy!! 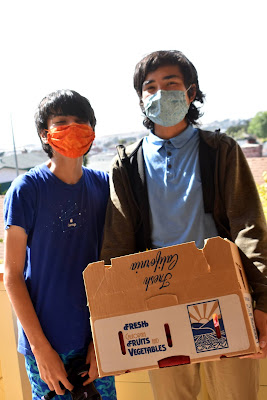 As we head into our fourteenth week of being sheltered in place, I sadly realized that we have missed most of our family celebrations with my parents this year. We had to skip our annual Easter luncheon early into the shelter-in-place order; then we missed celebrating Jake's birthday, my birthday, Mothers' Day, R's gradation, R's birthday, and - now - Fathers' Day. I hope that we'll be opened back up in time for D's birthday...in December! Oye. I really hope so. 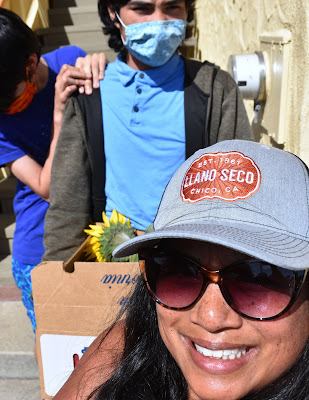 But, I do understand the need for caution and self-isolation. It's just lonely. 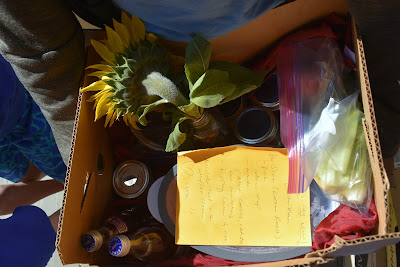 And despite not being able to set our table for eight and have my parents over for a Fathers' Day dinner on Sunday, we packed it all up and drove the half-mile to deliver the meal to my dad. 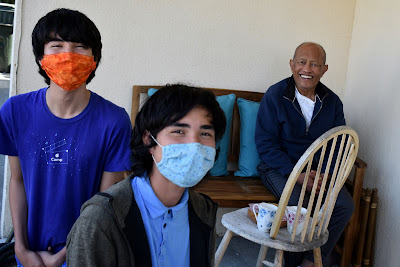 He was happy to see us, even at a six foot distance and without hugs. 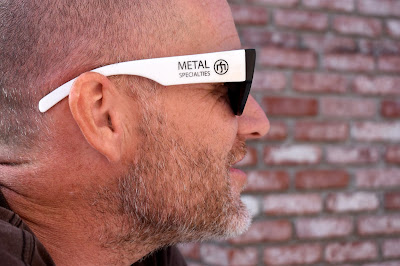 And after we did the delivery, we came home and set the table on our patio for the same feast...for Jake. What a strange time this is! 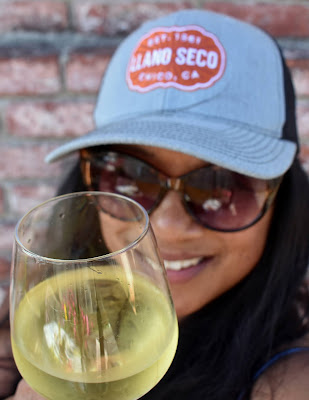 For a recent #WinePW event where the group focused on wines from New York's Finger Lakes region, Nicole of Somm's Table shared her Bo Ssäm and Comparative Reisling Party. What?! I was immediately intrigued and decided that was what I was making for Fathers' Day. I started with Chef David Chang's recipe, then adapted it slightly. I didn't have any Reisling, like Nicole did, but I paired with a Sauvignon Blanc from France that worked well. Cheers.

Note that the meat needs to be prepped and refrigerated overnight. Then it needs to roast for a little more than six hours. So, plan accordingly! 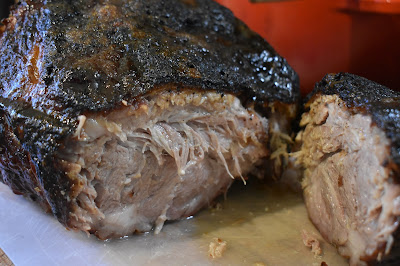 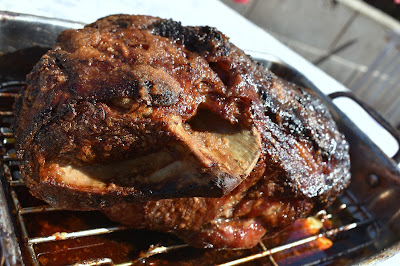 Ssäm Sauce
Combine all the ingredients in a medium mixing bowl. Stir until well-combined. Ssäm sauce will keep in the fridge for at least a week; I just mixed this up the day before.

Bo Ssäm
Place the pork butt in a medium mixing bowl. Add in the granulated sugar and salt. Massage the mixture into the meat, turning to coat the roast completely. Cover and refrigerate for at least 6 hours.

About eight hours before you want to serve, remove the rubbed roast from the refrigerator. Let it sit at room temperature while you preheat the oven.

Heat the oven to 300 degrees Fahrenheit. Remove the pork from the mixing bowl and place it on a rack in a roasting pan. Put the pan in the oven and roast for six hours. Baste with the rendered fat and pan juices every hour or so. The pork should be soft and offer almost no resistance to a fork.

At the end of the six hours, remove the pan from the oven and raise the heat to 500 degrees Fahrenheit. As the oven heats to the higher temperature, spoon the brown sugar over the top and smooth it into a nice layer. 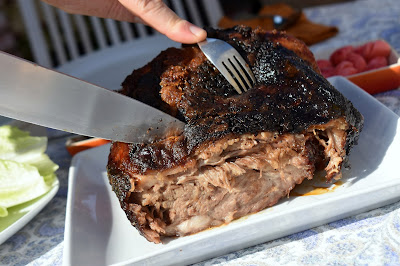 Place the roast back in the oven for 12 to 15 minutes. The brown sugar will be melted into a crisp, sweet crust. Let the pork rest for 10 minutes before slicing. 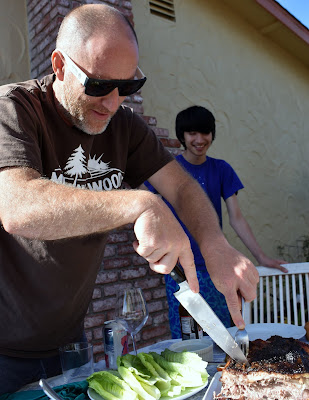 Serve the bo ssäm hot, surrounded with the accompaniments including the rice, kimchi, and pickles. Traditionally this is served with raw oysters, but I'm fifty-fifty on whether I have a reaction to eating them, so I generally avoid. 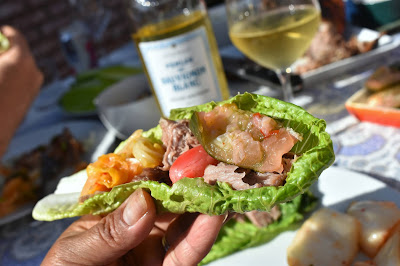 Diners serve themselves with the tender pork chunks and all the sides. 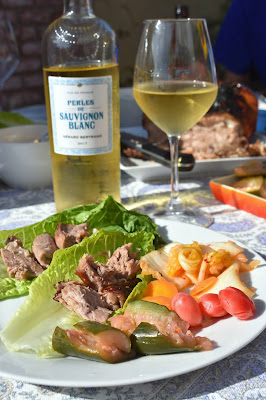 And the crust is to die for! Seriously. 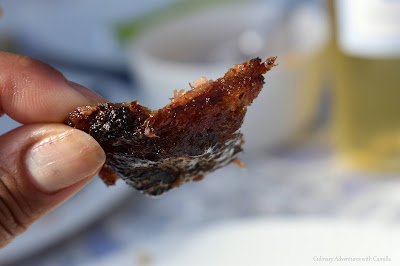 We can't wait to make this again. Thanks for the inspiration, Nicole. This was a huge hit around my table...and my parents' table.