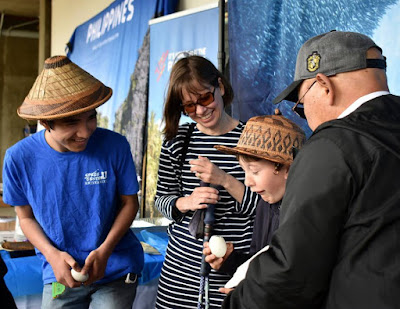 A couple of weekends ago was International Day at the Naval Postgraduate School. And I can not believe that we have never been to it. I mean - international food, culture, and fun - it's right up our alley. So, both of my boys were volunteering through their NJROTC program at school. But Jenn, her boys, and I headed over there at lunch time. R signed out of volunteering and helped us with the kids. 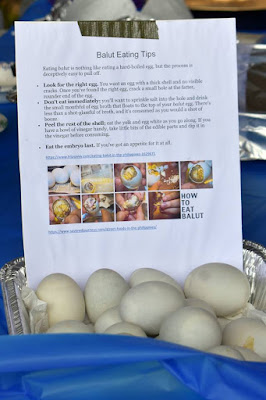 While he was looking at different options, he spied balut at booth for the Philippines. "Mom!" he said, when he came back to our table. "They have balut! I want to try it." I have never dissuaded my boys from trying something new. That's sort of the point of my blog, right? Culinary Adventures with Camilla.

Then Jenn piped up that she will try anything once. I might have wrinkled my nose, but it didn't dissuade her. Her son chimed in, "I'll try it, too!" Oh, boy!

When we were in line, we finally told him what it was. This was his face. 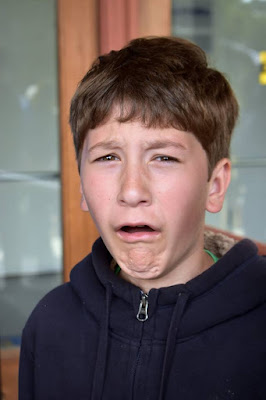 If you are unfamiliar, balut is a hard-boiled fertilized duck embryo that's sold in the Philippines as a street food. You can look it up to get more information. But I've tried it and, honestly, there is nothing that would get me to try it again. I haven't forgotten that salty, gooey liquid; the tiny beak scraping down my throat as I swallowed is also etched into my brain. Yuck. 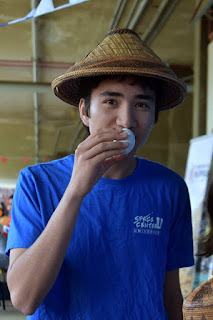 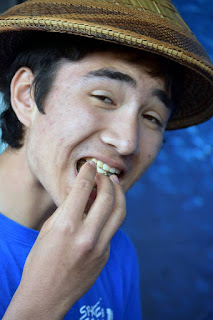 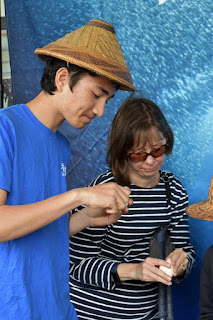 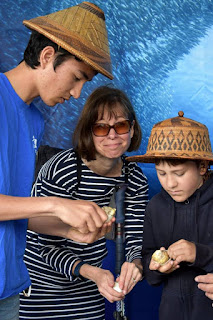 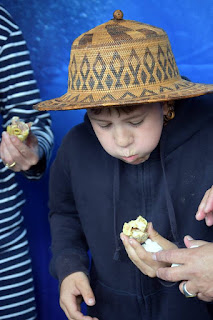 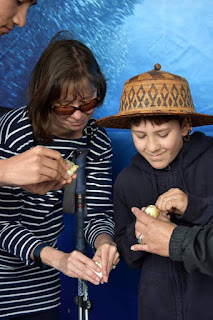 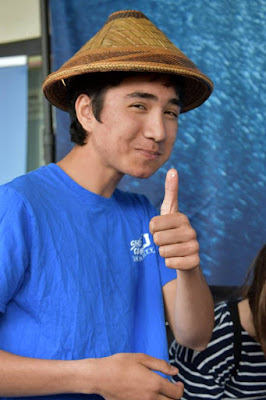 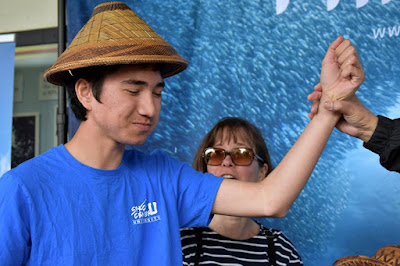 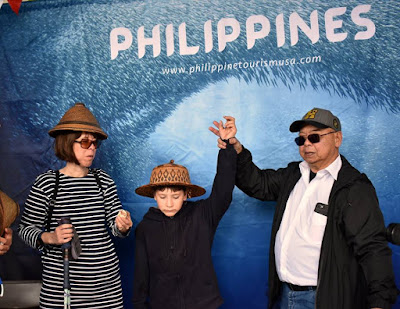 Jenn mostly finished and has since altered her stance that she'll try anything once. Ha. 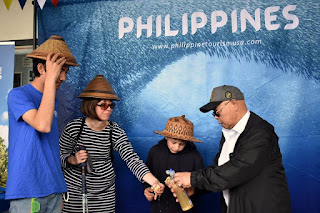 At the end of the Balut Challenge, they gave G a bar of chocolate from the Philippines. R asked me why he didn't get one; I think they were giving it to the kids who finished. And, I said, you look like a grown-up. Sorry! 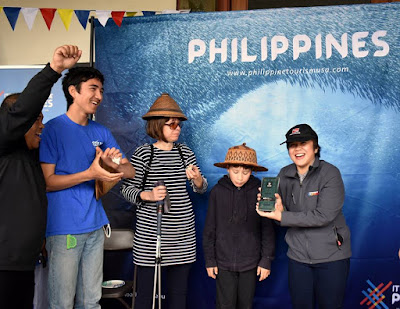 This was G's bar...he didn't share and said that it was totally worth it. Okay! 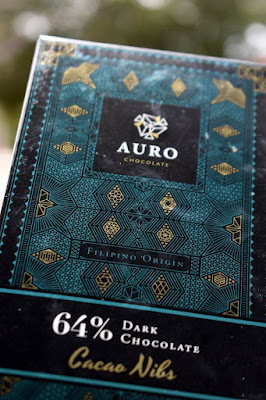 Later I was able to source some other Filipino chocolate bars and we'll do a tasting of those. R will certainly get the lion's share since he completed the Balut Challenge!