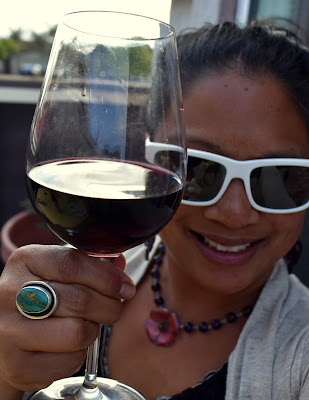 When I saw that Amy Poehler's Wine Country was releasing on Netflix last week, I immediately added it to my list. I knew nothing about it except that it would reunite several Saturday Night Live alumnae, it takes place in Napa, and it involves lots of wine. Those factors alone made it seem like a great Friday night diversion. After the boys headed to bed, I pressed play; Jake immediately lost interest and started watching something else on his computer. But he did join me in drinking Cab from Napa!


On the Screen
I have to admit that given the comedic chops in the group - Amy Poehler, Tina Fey, Maya Rudolph, Rachel Dratch, Ana Gasteyer, et al - I was more than a little surprised at how serious (read 'not that funny') the movie really was. I had expected a light, fluffy female version of The Hangover meets The Bridesmaids or something like that. I anticipated it being edgy, loose, maybe a little bit raunchy, and funny. This was not that. Not really.

The gals - who met as waitresses at a pizza joint in Chicago - convene from all around the country on a rented house in Napa, owned by Tina Fey's Tammy, to celebrate Dratch's Rebecca turning fifty years old. The stereotypes start rolling right from the start...from Gasteyer's workaholic Catherine who started a frozen pizza company to Dratch's Rebecca who constantly pushes her therapist-speak on her friends, "Can I offer you some feedback?"


While the movie takes a few well-aimed and amusing shots at the pretensions and snobbery that you can encounter while wine tasting, it just isn't that funny. The gals make it clear that they don't care about how much wattage the solar panels at one of the wineries produce; they just want to drink wine. "10 watts," one hazards a guess. Try 50,000 watts, is the retort.

When Poehler and Dratch's characters are asked to describe that they taste in a wine, they are encouraged that there are no wrong answers. Then he proceeds to shoot down whatever Dratch mentions. "No, there are no canned peaches in this wine;" "No, no jasmine either." She finally shrugs her shoulders and declares, "Grapes! I get grapes in this wine."

There’s plenty of drinking, bonding, and bickering between girlfriends. So, I would characterize it as a chick flick. but it's a surprisingly somber one with musings about midlife crises - think cancer diagnoses, bad marriages, losing a career, etc. - peppered with punchlines that feel flat and lifeless. Sadly, the film definitely lacks the hilarity you would anticipate given the comedy dream team on the billing. 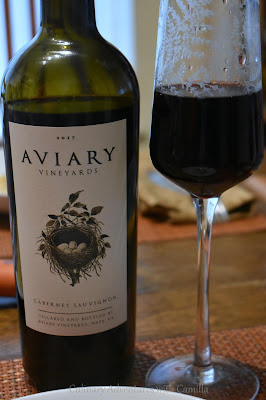 The girl crew make it clear that they are not in Napa to swirl or spit, but to drink. Lots. Of. Wine. One line stuck with me when they turn and walk away from a winery employee who is trying to intrigue them, “Cabernet Sauvignon is the king of Wine Country, and Chardonnay its queen.”

When I started drinking wine in college, I gravitated to those straw bottles of Chianti because they were cheap and tannic. Then, when I had a little bit more expendable income from my computer center campus job and my flower shop girl stint, I transitioned to Cabernet Sauvignon from Napa. Those were not cheap, but I felt it was worth the splurge and my friends and I were having more dinner parties with wine pairings.

Now, I honestly cannot remember the last time I bought a Napa Cab. I've been focusing on wines from Italy and France with some of my online blogging groups. But I also spend my wine dollars on creations from my favorite vintners versus specific locations or even specific varietals. And, after a book recommendation from my friend David, I have decided to learn about godforsaken grapes.


Speaking in extremely broad strokes, I would hazard that there are two quintessential types of Napa Cabs: floor and hill wines. Obviously there are exceptions and the winemaker certainly makes a difference, but I find most Cabernet Sauvignons fall into one of two categories. And they seem to rely on where the vineyards are in the Napa Valley - whether in the trough of the valley or the slopes. 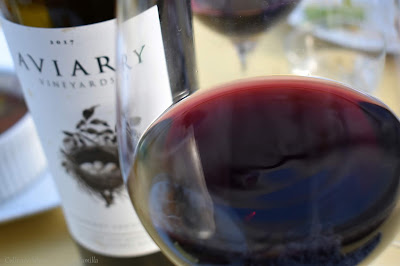 This 2017 Aviary Vineyards Cabernet Sauvignon is, in my estimation, a quintessential Napa Valley floor cab. It's a decadent wine that opens with rich fruit notes of cassis and cherry, but it softens with hints of oak and almond. This is lush and smooth with a nice balanced acidity.

I paired this two nights in a row. First we had a chanterelle risotto; second we had a Thai-inspired dinner with noodles and grilled meats. Both were a good match for this wine.