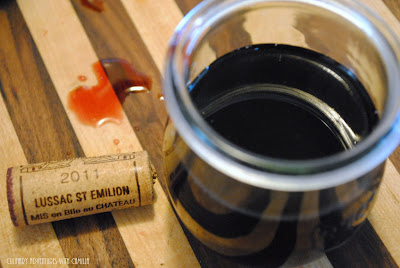 Welcome to the August event for The French Winophiles, a wine-swilling, food-loving group coordinated by Christy of Confessions of a Culinary Diva. We've made it around France. And by clicking on the following regions you can read my recipe post that includes the #winophiles round-up as well. So far, we've traveled - by tabletop and goblet - to the Loire Valley, Corsica, the Southwest, Languedoc-Roussillon, Côtes du Rhône, Bordeaux, Champagne, Burgundy, Alsace, and Médoc.

Now that we've made the rounds, we're revisiting regions with a little more specificity. So, today, the crew is heading to the Saint-Émilion/Saint-Émilion Satelites.


The Conversation
Join us for a live Twitter Chat Saturday, August 20th at 11 am EST/8 am PCT. You may join in the revelry by following hashtag #winophiles.

Here's where we're headed next: September 17th - Graves and Entre-Deux-Mers. Join us for our upcoming events by emailing your post title to Christy at culinarydiva@icloud.com or Jill at jillbarth@msn.com.  A Vôtre Santé!
To Saint-Émilion...

Saint-Émilion is located less than 25 miles northeast of Bordeaux - between Libourne and Castillon-la-Bataille. And its wine-making history goes back to as early as the 2nd century when the Romans planted vineyards in the region. By the 4th century Ausonius, the Latin poet, was extolling the virtues of the vines.

Saint-Émilion was named after the monk Émilion who settled in a hermitage carved into the rock there in the 8th century. It was his order of monks who began the commercial wine production in the area.

Though much smaller than the Médoc, Saint-Émilion is one of the principal red wine-making areas in Bordeaux. As with other appellations on the Gironde (an estuary where the Garonne and Dordogne Rivers collide), the primary grape varietals are Merlot and Cabernet Franc; Cabernet Sauvignon is used by some.

What Everyone Else is Pouring... 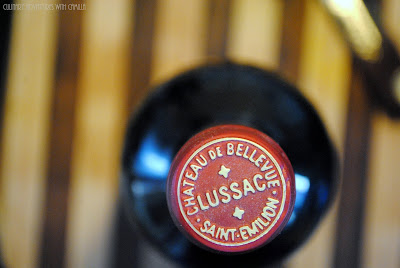 I decided to go with a Merlot from Saint-Émilion made by Château de Bellevue. While there are obvious exceptions to this rule, I find Merlots generally softer and fleshier than Cabernet and with fewer tannins. 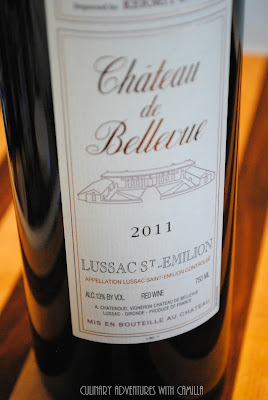 This one - grown in the clay and limestone soils of the right bank of the Garonne River - boasted deep, silky berry tones. 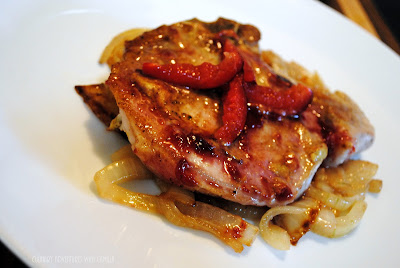 On My Plate...
When I uncorked the bottle, a 2011 vintage, I was reminded of a ripe plum galette with a lemon-zested crust. While I could have actually created that pairing, I opted to go with an entree that highlighted both the plum notes and the slight zing. 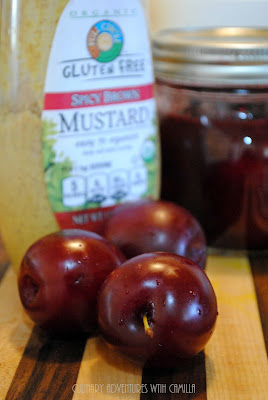 Procedure
Place your pork chops on a platter and sprinkle liberally with salt and pepper. Heat olive oil in a pan. 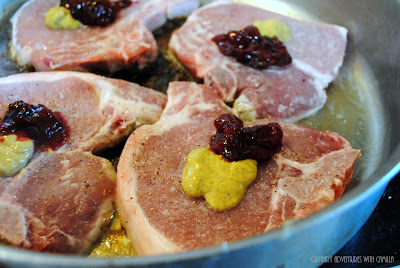 Place the pork chops in the pan and spoon 1 t plum jam and 1 t mustard on top of each. 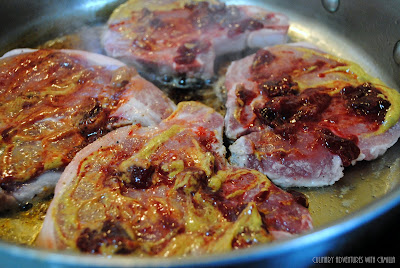 Smear the jam and mustard together and smooth to the edge of the chop. Let the chop sear and cook for about 5 minutes until nicely browned.

Flip the chop over and repeat the process with the jam and mustard. Cook until cooked through, approximately 5 minutes. Remove the chops from the pan to rest.

While the meat rests, saute your onions till softened and translucent. I use the same pan so that it has some of the jam and mustard flavors in it.

To serve, place a heap of onions on a plate. Lay the meat on top of the onions. Spoon any leftover sauce in the pan over the top and garnish with a few fresh plum slices. Enjoy! 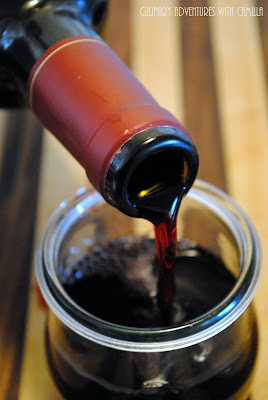