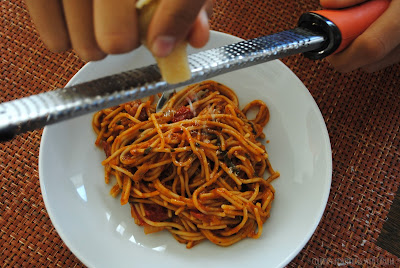 Have you ever had one of those weekends when all the meals you planned were completely derailed? That was my weekend last weekend. I had planned to make Pasta All'Amatriciana for dinner on Friday night. But I was interviewing a chef and a brewer and the interview ran late. Then they wouldn't let me leave without a bag full of food.

"You're not going to cook tonight," the chef declared. While I was grateful for the bounty - and not having to go home to cook while the boys stared hungrily at me - I really did want to make this dish.

Saturday I had to make another dish I had planned because there was timing and black truffles involved. I knew my pasta dish would keep, but I was delayed again.

And, on the final day of the weekend, my son's birthday party lunch turned into almost dinner, so we weren't hungry for dinner at all on Sunday. Darn it! So, here we are at the beginning of the new week and I am late on posting this. 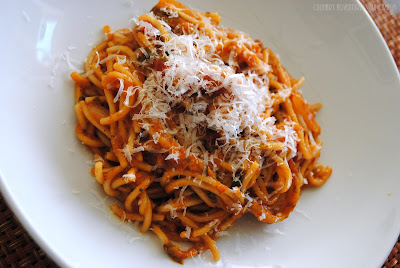 This past weekend would've been the 50th Amatriciana Festival in Amatrice, which obviously did not happen due to the massive and tragic earthquake last week. So a few bloggers in a group I'm in decided to cook up a big pot of Amatriciana, and, most importantly, donate to earthquake relief. 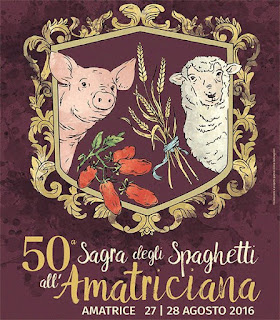 Mike from Undiscovered Italy posted this. It includes links to several sites if you wish to make a donation. I opted for Save the Children who, in coordination with the Italian Civil Protection from Lazio Region, has set up a child-friendly space where kids can play, socialize, learn, and express themselves as they recover from this trauma. 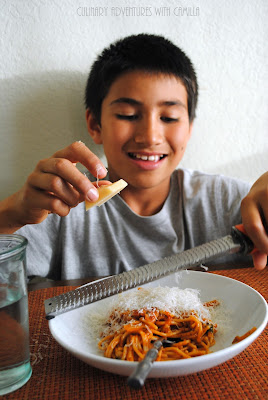 Pasta All'Amatriciana is named for the town of Amatrice, about an hour east of Rome. I love that it's a simple dish but has so much flavor! Just think: tomatoes are fried in the rendered fat from guanciale and tossed together with some cheese and pasta. Done.

A quick note about guanciale - I have seen it here and I know I've purchased it in San Francisco - but I was striking out as my deadline loomed. So, I ended up with a chunk of pancetta instead. I'll definitely remake this once I get my hands on some guanciale! Guanciale is cured pork jowl or cheek; its name is derived from guancia, which means 'cheek' in Italian.

Oh, and about the abalone, it is definitely not traditional...but it was one of those meals that I was supposed to make over the weekend and didn't. So, I put it on top of the Pasta All'Amatriciana. The family was split. Two of us thought it was fine. The other two said it didn't belong there. 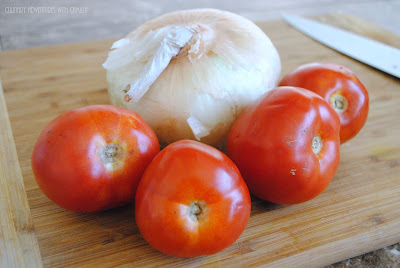 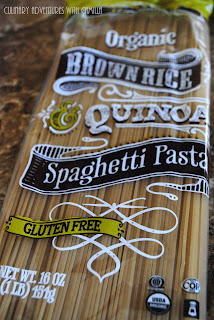 Sauce (can be made ahead of time) 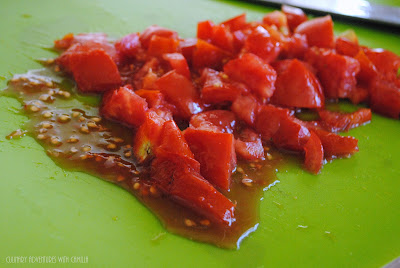 Add herbs and season to taste with salt and pepper, as needed.

In a large pot, bring water to a boil and add a dash of salt and a splash of oil 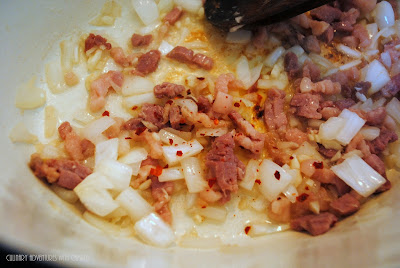 In a large Dutch oven or soup pot, combine the olive oil, guanciale, onion, garlic, and red pepper flakes. Over low to medium heat, cook until the onion is softened and the guanciale has rendered much of its fat, approximately 12 to 15 minutes. 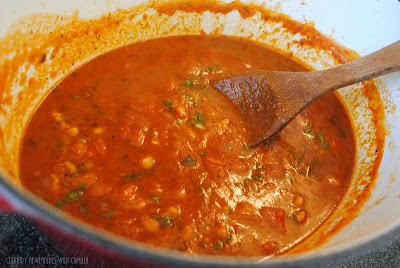 Add in the fresh tomatoes and cook until slightly softened. Pour in the tomato sauce and raise the heat. Bring to a boil, then reduce the heat to a simmer and allow to simmer for 5 to 6 minutes.

While the sauce simmers, cook the pasta in the boiling water for a minute less than the package instructs. You want the pasta slightly more than al dente. Drain.

Add the pasta to the simmering sauce and toss until fully coated. It should be in the simmering sauce for at least another minute to finish cooking. Scoop the pasta into individual serving bowls and serve immediately, topped with grated cheese and abalone, if using. Allow diners to grate more cheese, if desired. 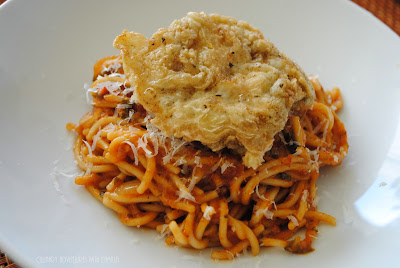