By Camilla M. Mann August 30, 2016
Note: This post is in no way sponsored, endorsed or administered by the National Football League (NFL) or any of its teams. All opinions and views expressed on our blogs are our own, not that of the NFL and/or any of its 32 teams. Any team names, logos or other symbols referenced are properties of their respective organizations. We are just big fans — and we want to share our love for our teams, the game and the food that brings us all together on game day.

With the official start of football season around the corner, it’s time to tailgate! In celebration, I’ve joined a group of bloggers from all over the country — all of whom are big football fans! — to bring you a multitude of tailgating recipe ideas for a terrific football party. Read on.... 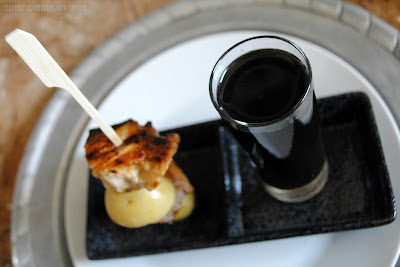 Okay, my friends and (regular) followers, you may pick yourself up from the floor when you've finished laughing that I am posting a recipe for a football-themed event. Actually, I'm posting three. This is just the first one. #FoodieFootballFans will be posting again in October and finally in January for the Superbowl.

A group of Foodie Football Fans has an incredible event lined up and they were short one California food blogger. That's where I come into the picture. One of their bloggers recommended me and I was up for the adventure.

So, I may not be an avid football fan, but I can cook to any theme and I do have an affinity for Oakland. It's right next to Berkeley where I lived for five years. And, my family and I love to eat in the East Bay. If you're ever in the area, the Rockridge Food Tour is fun, informative, and filling. If you aren't up for a full tour, a stop at Market Hall Cheese Shop is always on our list of to-dos in Oakland. Well, that and the Oaktown Spice Shop. Back to the task at hand. Football food.


So, I did what I always do when I'm in need of recipe inspiration: I put the question out on social media. Then, friends and family rang in. I received suggestions from Soul Food to a spin on 'oak' with acorn squash. But the answer that I settled on was: "Sebastian Janikowski, their kicker, nicknamed seabass. But could work as a non-meat alternative...." Thanks, Seth!

I did some reading about Sebastian Janikowski who is nearing two decades as an NFL kicker. That's practically football royalty. 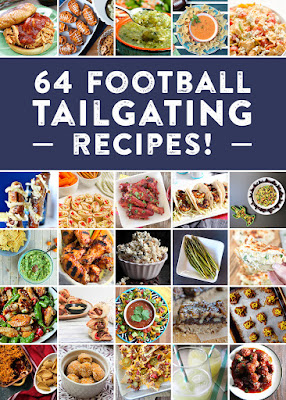 
And what I made...
Sea Bass Skewers 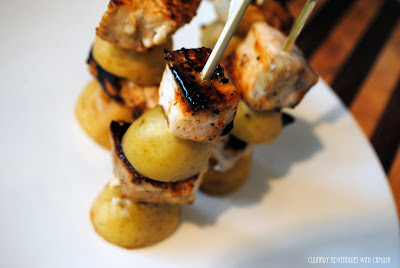 I ended up needing to augment my sea bass as the fish monger only had half a pound left when I made it to the market. So, I also used half a pound of swordfish. I figured that still fit the pirate/raider/swashbuckling kinda theme. Feel free to use whatever firm white fish you can get your hands on. 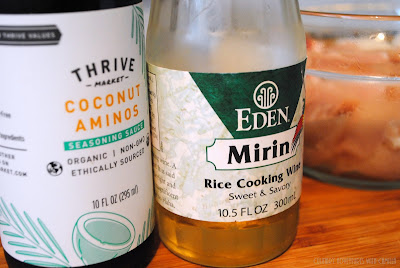 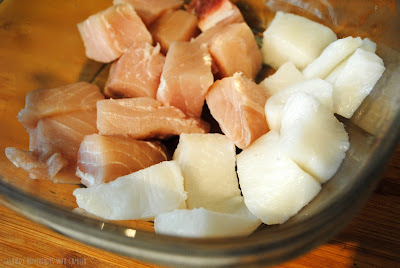 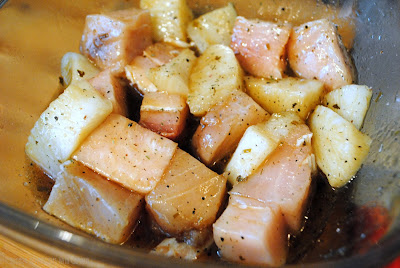 When you're ready to start cooking heat your grill or grill pan. Place the fish on the grill and cook, approximately 1 to 2 minutes on each side. Place the potatoes, cut-side down on the grill, to get nice char marks. Once the fish is cooked firm and has nice grill marks, remove them from the grill and assemble your skewers. 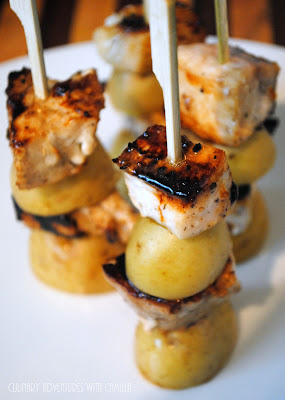 I did fish, potato, fish, and potato as the cut side of the potato was a more stable surface than the fish. 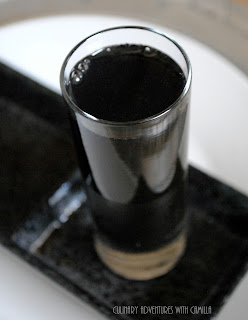 I wanted to create a black cocktail and started with another version of the Blackbeard that included Fernet Branca, an Italian aromatic spirit. I swapped in some absinthe instead. But I love the dark, spiced rum, stout beer, and the amazingly dark cuttlefish ink. 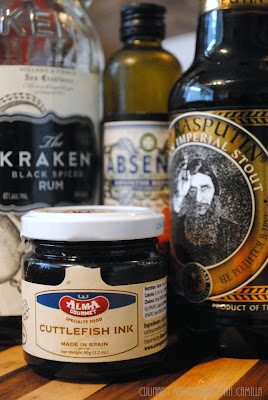 
Procedure
Fill your shaker with ice. Pour in the rum and absinthe. 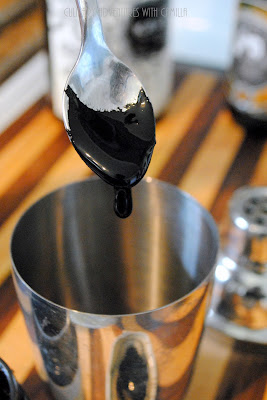 Add in the cuttlefish in. Cover and shake vigorously for a full 30 seconds. Strain into a chilled cocktail glass 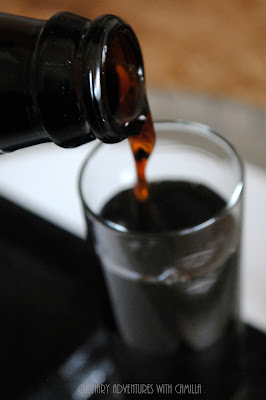 
We'll be back in October with team-themed recipes. Stay tuned!