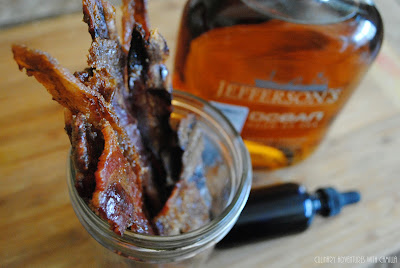 Do you love bacon?! The Sunday Supper tastemakers are sharing their best bacon recipes in anticipation of Bacon Lover’s Day on August 20th. This event will be hosted by Erica of The Crumby Cupcake. 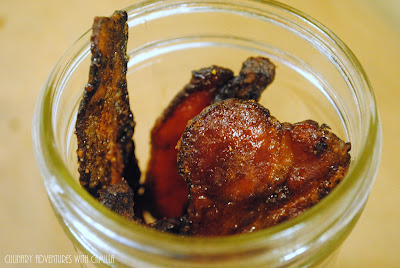 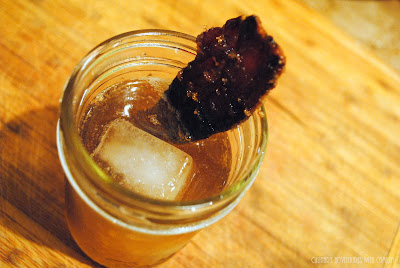 My Offering...
I had initially thought about making a bacon bloody mary, but two other tastemakers have that covered. Don't miss the recipes from Our Good Life and La Bella Vita Cucina. Cheers! But I decided to go a different route. Besides, I have shared a bloody mary garnished with a tiny burger before. 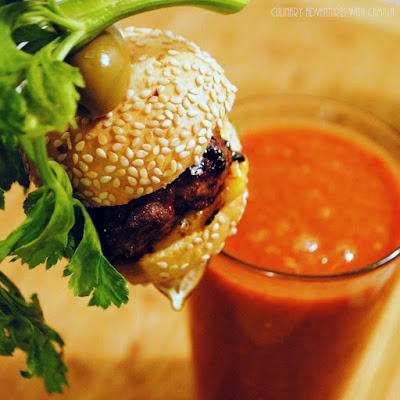 So, I wanted to create a bacon-y riff on another favorite cocktail: an old fashioned. And I wanted an excuse to break into a bottle of ocean-aged bourbon I've been hoarding for months. Yep, it's as crazy as it sounds - ocean-aged booze. I first discovered it when I interviewed a chef in King City who was just opening his restaurant. I wanted to balk and say that it had to be a marketing gimmick. But, I can't.

If you like bourbon, track down a bottle. It's seriously tasty with strongly defined bourbon notes blended with unique, briny characteristics. And while it is pricey, a percentage of each bottle goes towards ocean research. That's a worthy cause in my mind! 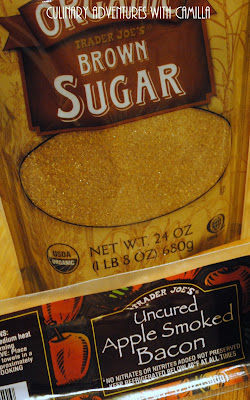 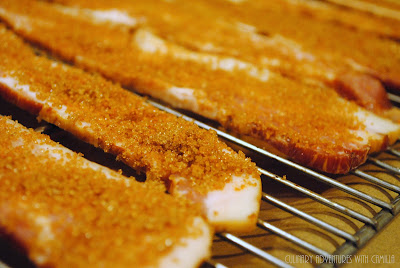 Place the bacon on top of the wire rack. Spoon 1 T of the sugar mixture over each piece of bacon and spread evenly over the surface. Place in the preheated oven. Bake for 10 minutes. 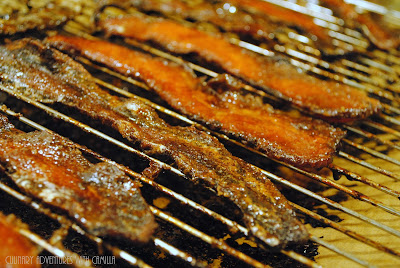 
Procedure
Combine whiskey, brown sugar, and bitters in a cocktail shaker. Stir to dissolve sugar. Top with ice and shake. Strain into a glass with ice. Garnish with a lemon twist and candied bacon.

Join the #SundaySupper conversation on twitter on Sunday! We tweet throughout the day and share recipes from all over the world. Our weekly chat starts at 7:00 pm ET. Follow the #SundaySupper hashtag and remember to include it in your tweets to join in the chat. To get more great Sunday Supper Recipes, visit our website or check out our Pinterest board. Would you like to join the Sunday Supper Movement? It’s easy. You can sign up by clicking here: Sunday Supper Movement.