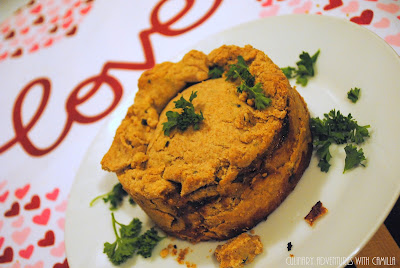 Here we are with an additional recipe post and wine pairing for the week running up to our Valentines #WinePW. Click to read Christy of Confessions of a Culinary Diva's invitation to the Saturday #WinePW event.

When I was faced with a bottle of Landmark Vineyard's Pinot Noir*, the words "wild boar," "mushroom," and "pot pie" came to mind. That sounded like a fantastic match to the Pinot Noir: Wild Boar-Mushroom Pot Pies.

I had a wild boar shoulder that I'd purchased from D'Artagnan Foods. I chuckled when I saw that it read - meat from feral swine. Really?? That does not sound appealing at all. But I knew it would be. And it was. 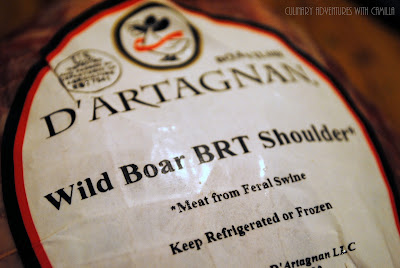 Scribbling down an ingredient list before I headed for the store, I asked my husband if a pot pie always had a top and a bottom, he stared at me. "Sorry," he apologized, "I was stuck on the wild boar and mushroom combination. That sounds delicious."

He was no help. No help at all. So I, rather innocuously, posed this question on social media - "Question: Does a pot pie have a crust on the bottom?!" - and was shocked by the sheer number of answers I received. Absolutely floored. Over 1000 people clicked on my post though only about 100 made comments. Still, apparently there is some passion about this topic out there in the ether. I scrolled through the answers... 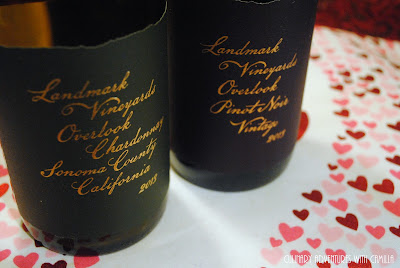 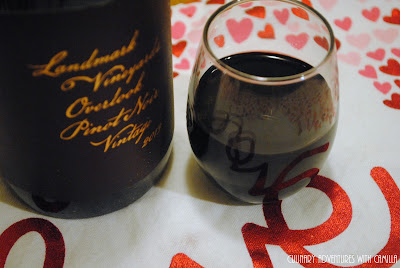 This is a soft and intense Pinot Noir that’s approachable. It’s an earthy wine with notes of cherry and anise.

On the Plate...
An almond-flecked Pâte Brisée encases a rich filling of slow-braised wild boar, mushrooms, and fresh herbs. So. Tasty. Pâte Brisée is a pastry dough/crust that has a rich flavor and a crisp, flaky texture. It is ideal for both sweet and savory pies, tarts, and quiches. Learn to make it. Stat. You won't regret adding it to your culinary repertoire. Also, because of the anise notes, I added fennel and fennel pollen to the pies. 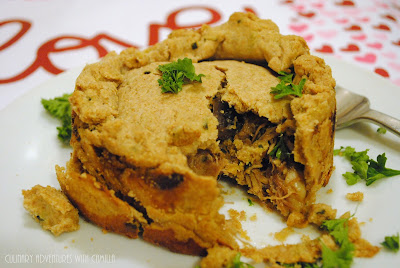 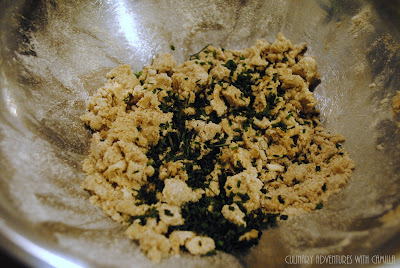 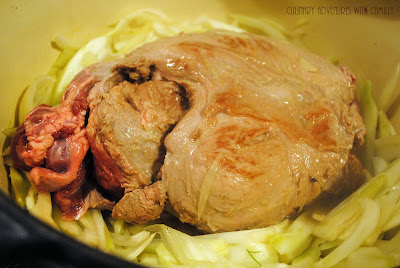 Pour in the wine and stock. Lay the fennel fronds on top. 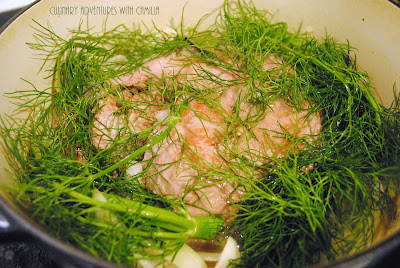 Bring to a boil. Reduce heat, cover, and simmer, stirring occasionally, until boar is fork-tender, approximately two hours. Uncover boar; simmer until liquid evaporates and board begins to brown, approximately half an hour. Remove the fennel fronds. Add in the mushrooms and continue to cook, for another 10 minutes. Shred boar with a fork. Place a few tablespoons of the cooking liquid into a bowl and whisk in flour until a paste forms. Stir the paste back into the pot and cook until the sauce thickens into a gravy. Season to taste with salt, pepper, and fennel pollen. Fold in fresh herbs.


Pâte Brisée
I don't have a food processor, so I use a pastry blender and do it all by hand. Place the flour, ground almonds, fennel pollen, and cold butter in a large bowl. Use the pastry blender until the mixture resembles coarse meal, with pea size pieces of butter. Blend in the herbs. Add 1 T water and 1 T whiskey one at a time, until mixture just begins to clump together. If you squeeze some of the crumbly dough and it holds together, it's ready. If the dough doesn't hold together, add a little more water and cut again. Note that too much water will make the crust tough. Once the dough comes together into a ball, wrap tightly in plastic wrap and refrigerate for at least 30 minutes before using.

Preheat oven to 425°F. After the Pâte Brisée has chilled: On a floured work surface, roll out 1 half of the chilled dough. Cut out pieces of dough and lay them into the bottom of your individual pans; I used small round and heart-shaped Springform pans.

Prick the dough with a fork and place them in the oven to parbake for 15 minutes. You can roll out the remaining dough and cut tops or, I opted to do 3 with a double crust and 3 with a savory crumble (it was the Pâte Brisée crumbled with more ground almonds, more herbs, and some grated parmesan cheese). 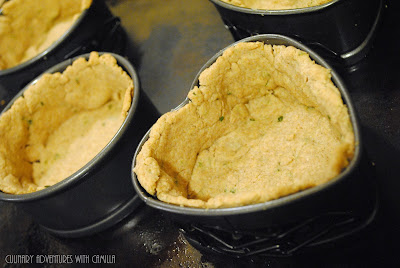 Spoon the filling into your parbaked crusts and top with either another crust or a crumble. Return the pot pies to the oven and bake for another 40 to 45 minutes - until the crust is crisp and golden. 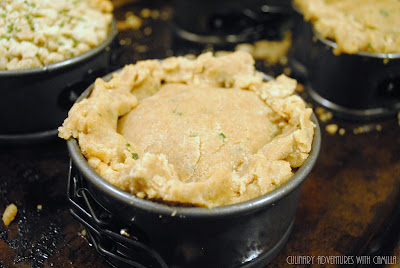 Let cool for 10 minutes before serving. 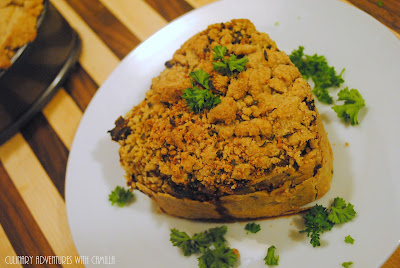 Garnish with a sprinkling of fresh herbs. 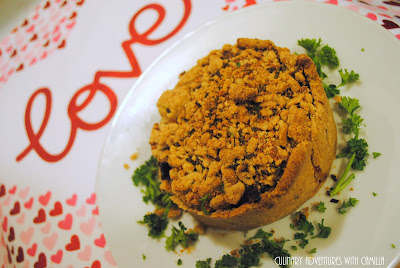 *Disclosure: I did receive sample wines from Benson Marketing Group for the purpose of creating pairings and developing recipes. But no additional compensation was received and opinions are completely my own.