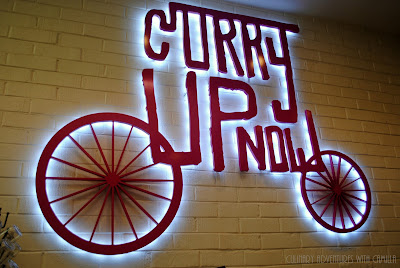 Back when I was initially talking about naan-chos (I finally posted my Garam Masala Lamb Naan-chos), a friend from high school commented that there was a place we should try up in the Bay Area: Curry UP Now. I had never heard of it, but it appeared there were both food trucks and brick and mortar locations.

So, while Jake and his friends demo'd some fat tire bikes on the trails in Fort Ord National Monument, I grabbed the boys and we headed up to the inaugural exhibit at Pace Art + Technology in Palo Alto. And, before we left, I looked up the Curry UP Now locations; there was one less than two miles from where we were going to be. Perfect! 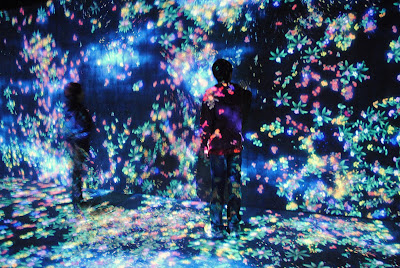 Living Digital Space and Future Parks was an interactive, immense digital playground for all ages. 20,000 square feet of exhibit space featuring 20 digital pieces. Above is the Flutter of Butterflies Beyond Borders was the only piece you could actually touch. We touched the walls. D even rolled around on the carpet. The other pieces only required a body's proximity. If you moved your hand close to it, it would change. 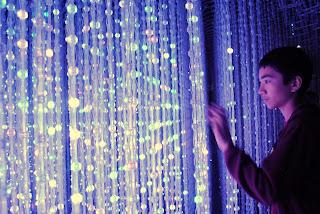 After we played and enjoyed, we headed to Curry UP Now. Look at the extensive menu! There was so much from which to choose. 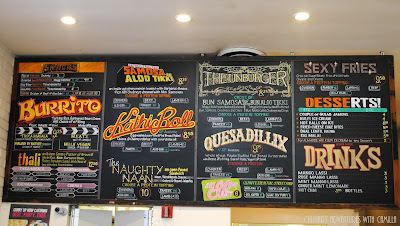 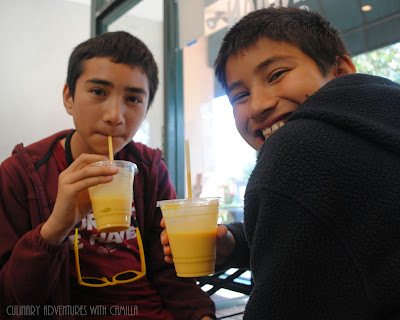 To start, we shared an order of samosas. They came with a pair of chutneys, one mint and one tamarind. The samoas were tasty and enormous. I could have eaten just those. 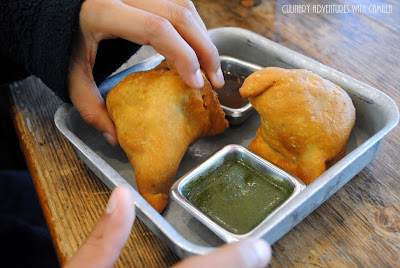 I went with the 8-item Thali Platter that came automatically with saffron rice, naan, pickles, papadum, salad, and garbanzo beans. The two entrees I selected were saag paneer and chicken tikka masala. While it was incredibly filling - and I only ate half of the platter - the saag paneer wasn't as flavorful as I like and the chicken tikka masala was a little too salty for my tastes.

The Enthusiastic Kitchen Elf ordered The UnBurger, an amul-buttered and Maggi ketchup'd bun with chopped up samoas and lamb curry. D thought it was genius to chop up samoas for a burger. 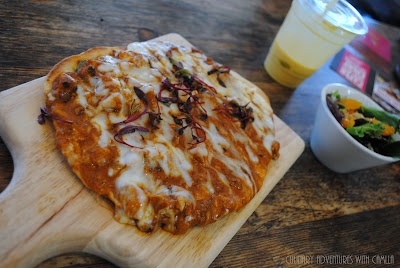 We were absolutely stuffed. The boys loved it so much that they skipped the dinner I made and opted to eat their leftovers instead. Cold. So, that's saying something. Happy campers! 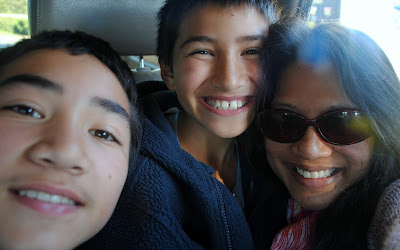