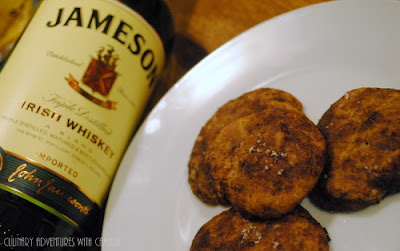 You would think that I would know the difference between whiskey and rye by now, right? To avoid any embarrassment of mixing them up, I just combine them!

I had attempted to make "plain chocolate chip cookies" for the guys at work. But, when I had all the ingredients on the counter, they just look so, well, plain. I don't do plain. So, I thought I'd add some whiskey and rye to the cookies. They aren't the prettiest, but they are delicious. We have a new favorite chocolate chip cookie! 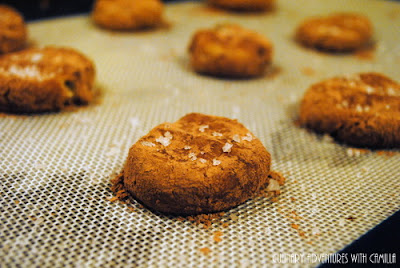 In a large mixing bowl, beat together butter and sugars until light and fluffy, approximately 3 to 4 minutes. Add egg and whiskey. Beat until fully incorporated, approximately another minute. Add dry ingredients and mix until just combined.


Shape dough into walnut sized balls and roll in cocoa powder. Place balls on a silicone mat-lined baking sheet or a parchment-lined sheet. Make sure the balls have about 2" between them.

Gently flatten each ball to about ¾" thick and sprinkle with salt. Bake cookies until brown around the edges, approximately 16 to 18 minutes; the cookies will be soft, but they will firm as they cool. Cool for 5 minutes on baking sheets, then transfer to wire racks and let cool completely. 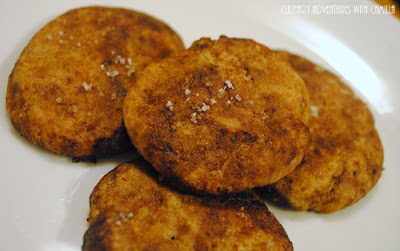