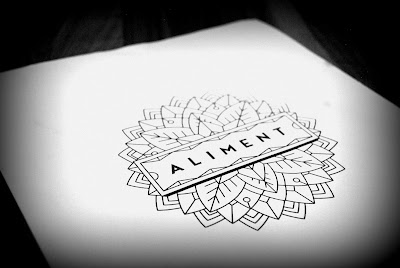 Our Enthusiastic Kitchen Elf's birthday celebration had to involve a great restaurant, right? Less than three blocks from our hotel in San Francisco, we found Aliment. Well, I found it online ahead of time and made reservations. So, after a full day at the Cal Academy of Sciences, we cleaned up, bundled up, and headed out the door and down the hill. 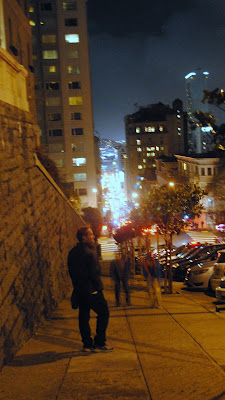 I think, at first, our waiter was dubious about us being in there with two kids. 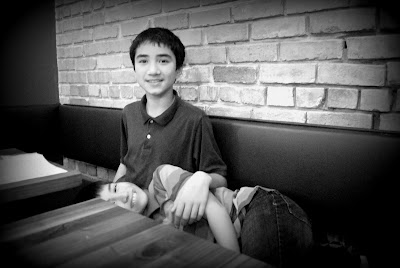 But as soon as D opened his mouth and ordered, our little foodie won him over. He even brought D a complimentary dessert once he heard we were celebrating. 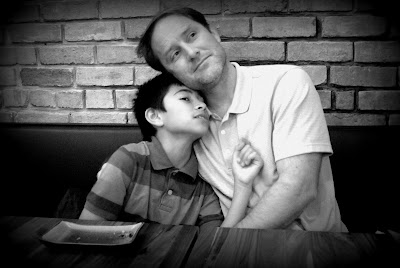 We started with salads: beet salad and squash salad. The squash salad had roasted kabocha squash, crushed hazelnuts, and a curry vinaigrette. 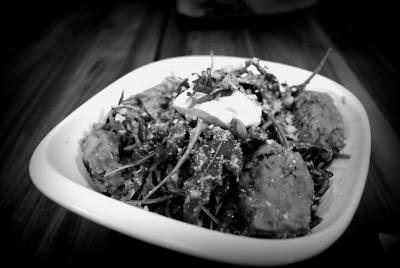 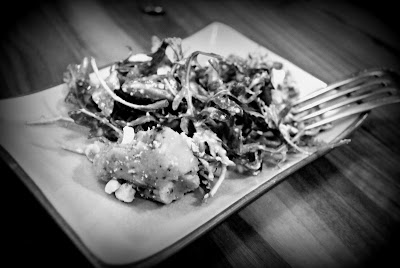 We ordered two of their bar bites: riblets with kimchi and roasted Brussels sprouts with fish sauce caramel. Yes, you read that correctly - fish sauce caramel. I don't typically like my vegetables sweetened, but these were tasty. D said we should try to replicate this. Okay, it's on my to-do list. 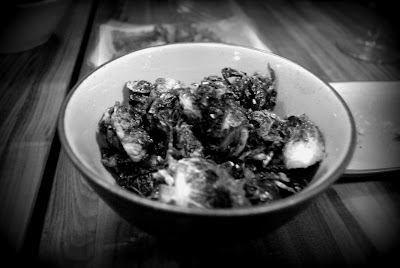 If a dish has the word 'curry' in it, D will order it. From the small plates menu, he asked for the Red Curry Mussels. And they were his favorite of the evening. 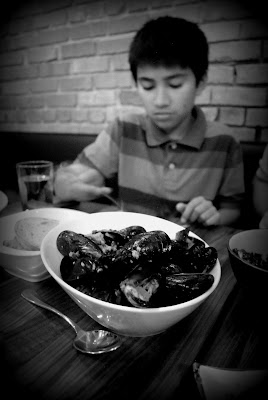 For our main dishes, we ordered the diver scallops and the ricotta gnocchi to share. 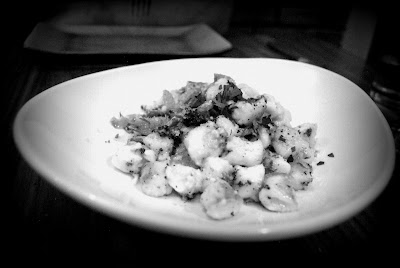 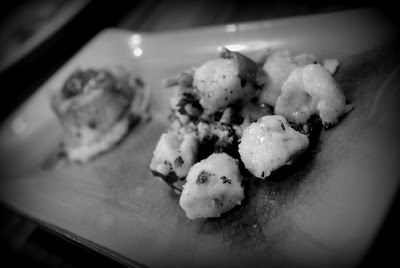 R actually asked if he could not share. He wanted the Pasta Bolognese all to himself. The waiter told us that the menu changes all the time, but that is a constant. It's a customer favorite and, thus, was a menu staple. R did end up letting us taste it, grudgingly. 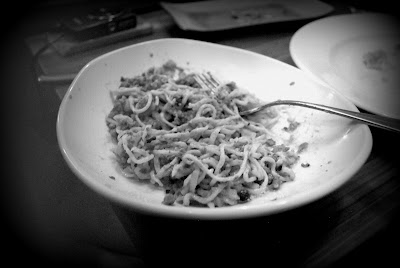 We feasted. We toasted. And we celebrated our little Wombat. 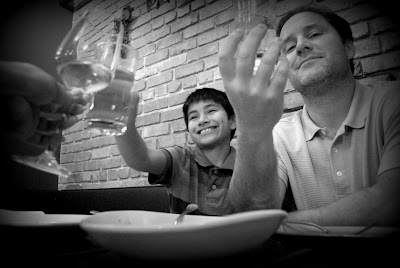 Even though he has a sophisticated palate, he's still 12. Spoons do not belong on your nose! 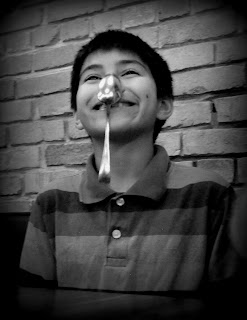 And, as I mentioned, when the waiter heard we were celebrating a birthday, he brought out two Thai basil panna cotta...on the house. D's even had a candle. Very sweet. 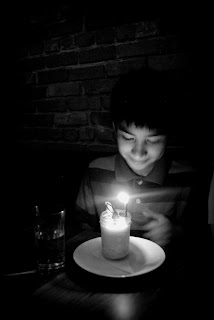 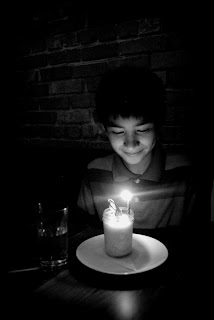 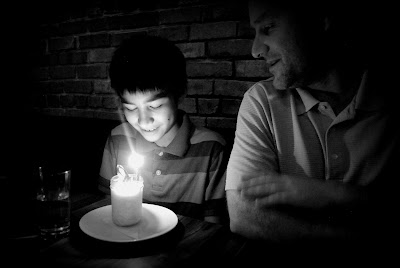 Well, we were impressed with Aliment and will definitely find our way back there if we're in the Nob Hill neighborhood for dinner again. 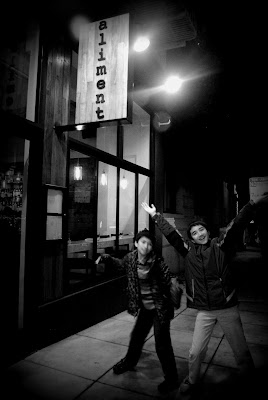