By Camilla M. Mann December 21, 2015
I've been enamored with candy cap mushrooms since I realized they were a fungus that smells - and tastes - like maple syrup. Seriously. They are amazing. I still have never found any fresh specimens, but there are dried versions to be had. I decided to grind some up and add them to some coconut macaroons and put them on the guys' cookie platters at work. "Only Cam would put mushrooms in a macaroon!" declared Greg. Well, I'm not sure that's true, but it isn't a totally common creation, I'm sure. 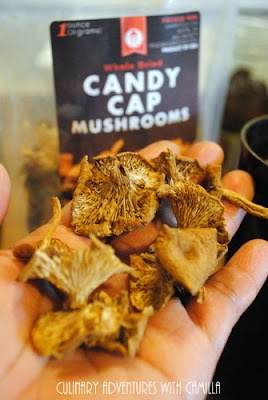 
Procedure
Preheat the oven to 350 degrees F and prepare your baking sheets, either by lining them with a silicone mat liner or with parchment paper.

In a medium bowl, combine the coconut and candy cap mushroom powder. In a separate bowl, whip the egg whites until frothy. Add the sugar and whip till peaks form. 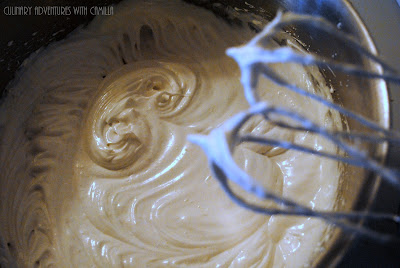 Stir the egg whites into the coconut mixture until the coconut is evenly coated. Using a half-tablespoon cookie scoop or melon baller, scoop level mounds of the dough on to the cookie sheet. These cookies don't spread, so put them close together. 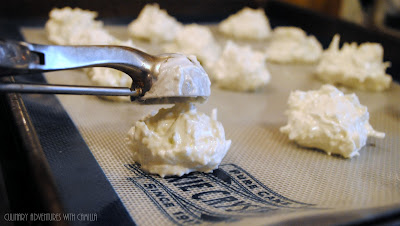 Bake for 15 minutes at 350 or until they are golden brown around the edges. Let cool for 5 minutes on the cookie sheet, then remove the cookies to a wire rack to cool completely. 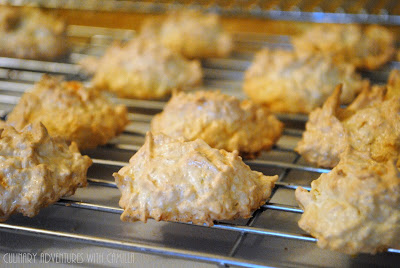