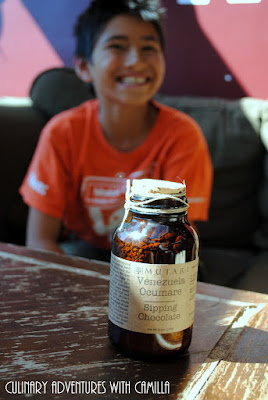 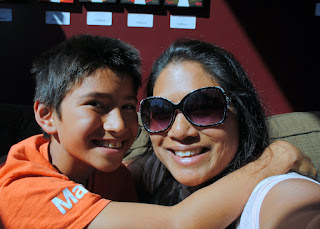 A couple of years ago I supported a kickstarter for local chocolate company Mutari. I love supporting foodie start-ups!

We tried their hot chocolate mix we received as a perk for making a donation, but we never made it to the storefront...until this weekend.

While Jake was working on the pirate armory for our trip to the Renaissance Faire and R was working on a project for his science class, the Enthusiastic Kitchen Elf and I drove up to Santa Cruz and headed over to Mutari. 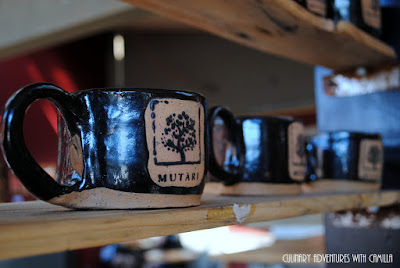 We perused the menu and decided to go with one of their tasting flight. The sipping chocolate flight was described as "darker and more bitter." We went with it. Besides, it came with a mini cupcake from Buttercup Cakes. That cinched the deal for the EKE. He loves anything from Buttercup. 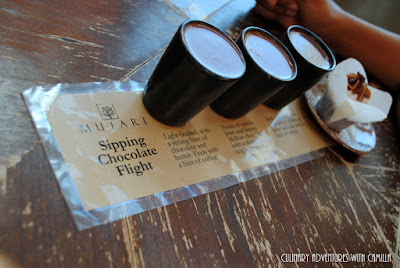 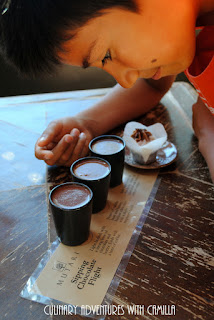 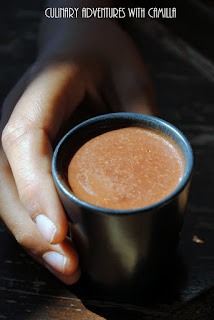 We sipped, savored, and discussed. 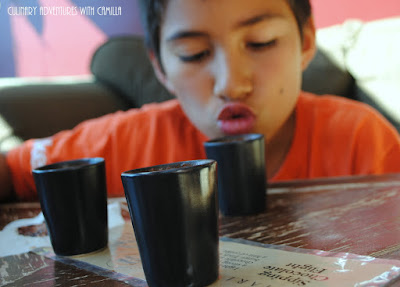 Then we ended up with a bottle of the Ocumare mix. It's been too hot for us to make it at home, but we will. Soon. 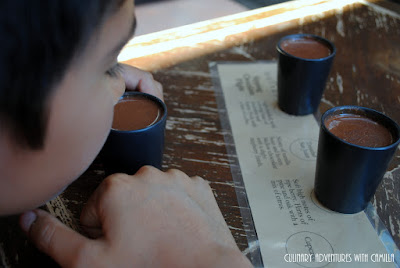 Mutari is definitely on our must-return list. Next time we'll bring Jake and the Precise Kitchen Elf. They will love it, too.