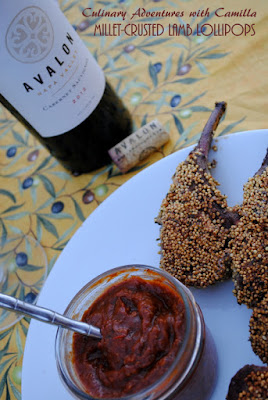 Scorched California...
Yesterday was scorching hot. Okay, scorching hot by California's central coast standards. Here on the Monterey Peninsula, we're fog-loving souls. Anything above seventy degrees has us sitting in front of a fan in our underwear. I'm only partially joking! But, as most houses here are not equipped with air conditioning, we just open up all the windows and doors and strategically position a few fans to blow the hot air out of the house. On nights such as those, we typically set up for dinner outside. And we stayed out there till we needed candles. Then the mosquitos came out and we fled indoors. 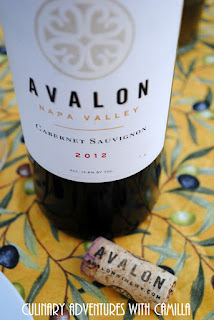 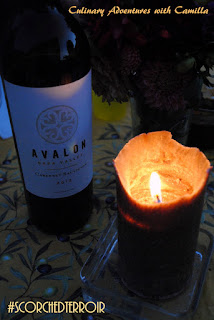 In My Glass...
Napa Valley, like the rest of the North Coast, was formed through colliding tectonic plates, volcanic activity, and changes in sea level. So Napa Valley has a variety of identifiable soils, including volcanic, maritime and alluvial. I opted to pour a Cabernet Sauvignon, one of Napa's flagship grapes. 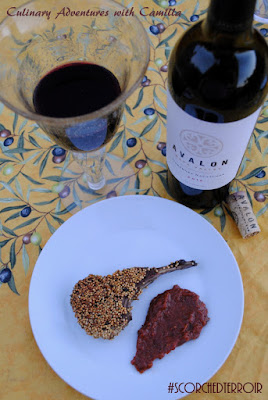 I picked Avalon Winery's 2012 Napa Valley Cabernet Sauvignon. I found the wine complex and layered. There were lots of red fruit flavors such as cherries and strawberries but the jaminess was countered by a hint of cola and some cocoa. 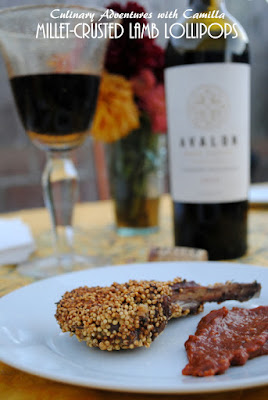 On My Plate...
Because it was so hot - and I didn't want to be in the kitchen for any longer than necessary - I opted to make a quick dish of millet-crusted lamb lollipops. And I plated it with a dollop of some Savory Tomato Bacon Jam. Had I not had that in the fridge, I think this all would have paired nicely with a cherry chutney. Next time... 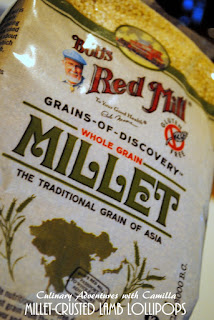 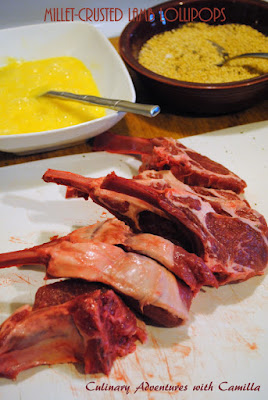 Coating
In a medium bowl, mix together the millet, herbs, lemon zest, salt, and pepper. In another bowl, beat the eggs.

Lamb
Melt butter into the olive oil in a large, flat-bottom pan. Dip the lamb lollipops in the egg and then coat with the millet mixture, pressing lightly to help the coating stick. Place the lollipops in the pan and cook until light golden, approximately 5 minutes on each side for medium-rare. 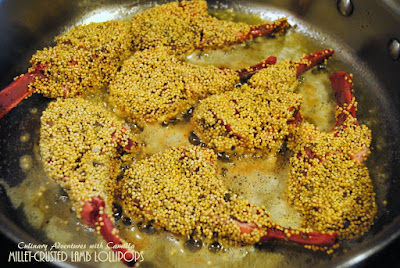 Allow the lollipops to rest for 5 minutes before serving.


To Serve
Arrange the lollipops on a platter and serve with the savory jam. 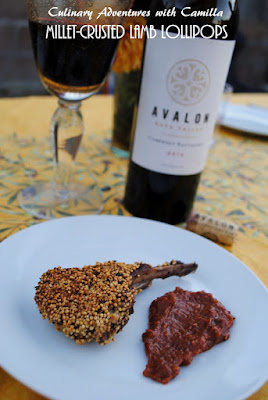