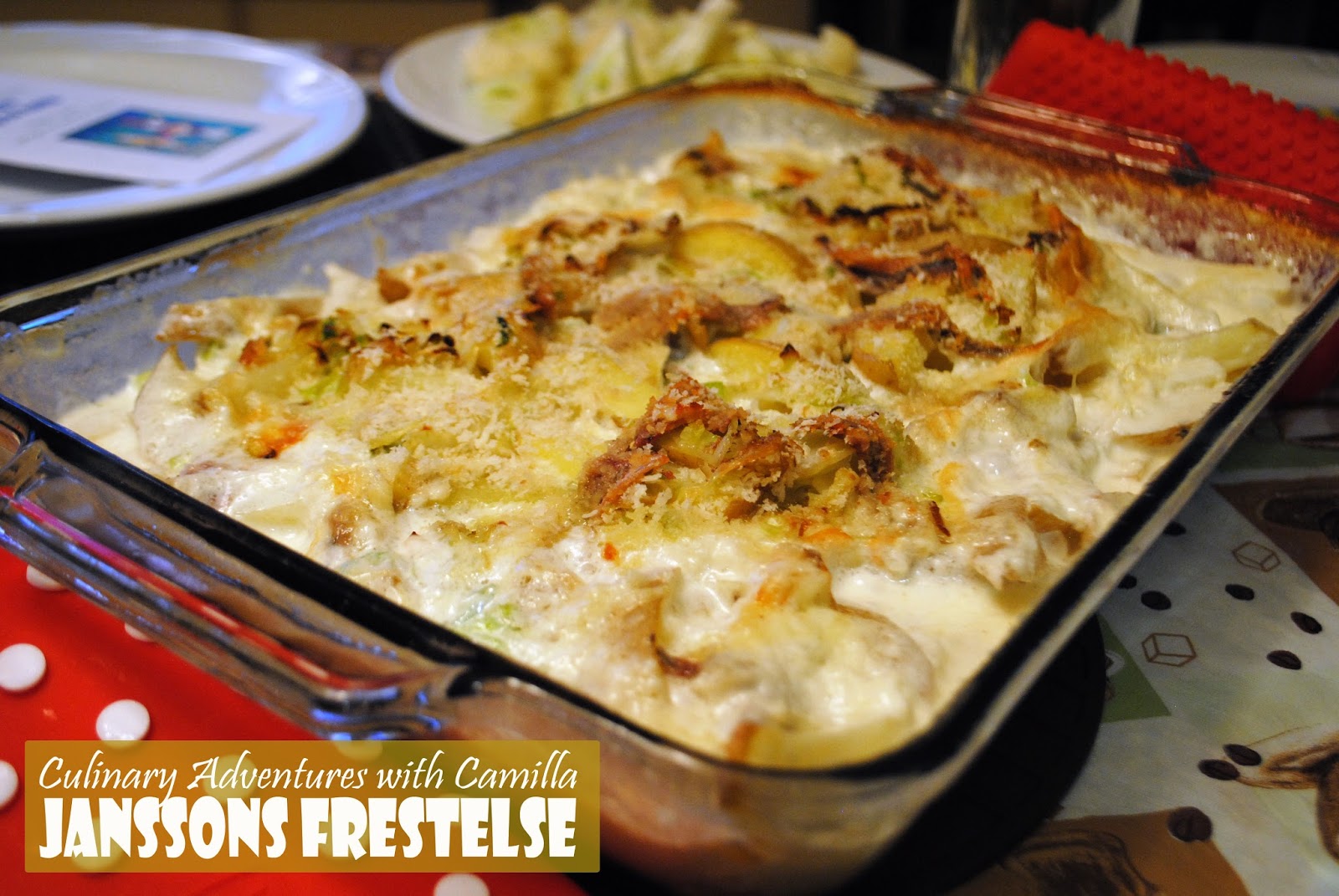 This creamy potato and anchovy casserole is said to have been named after Pelle Janzon, a food-loving Swedish opera singer of the early 1900s. D helped make this for our tabletop travel to Sweden last week. 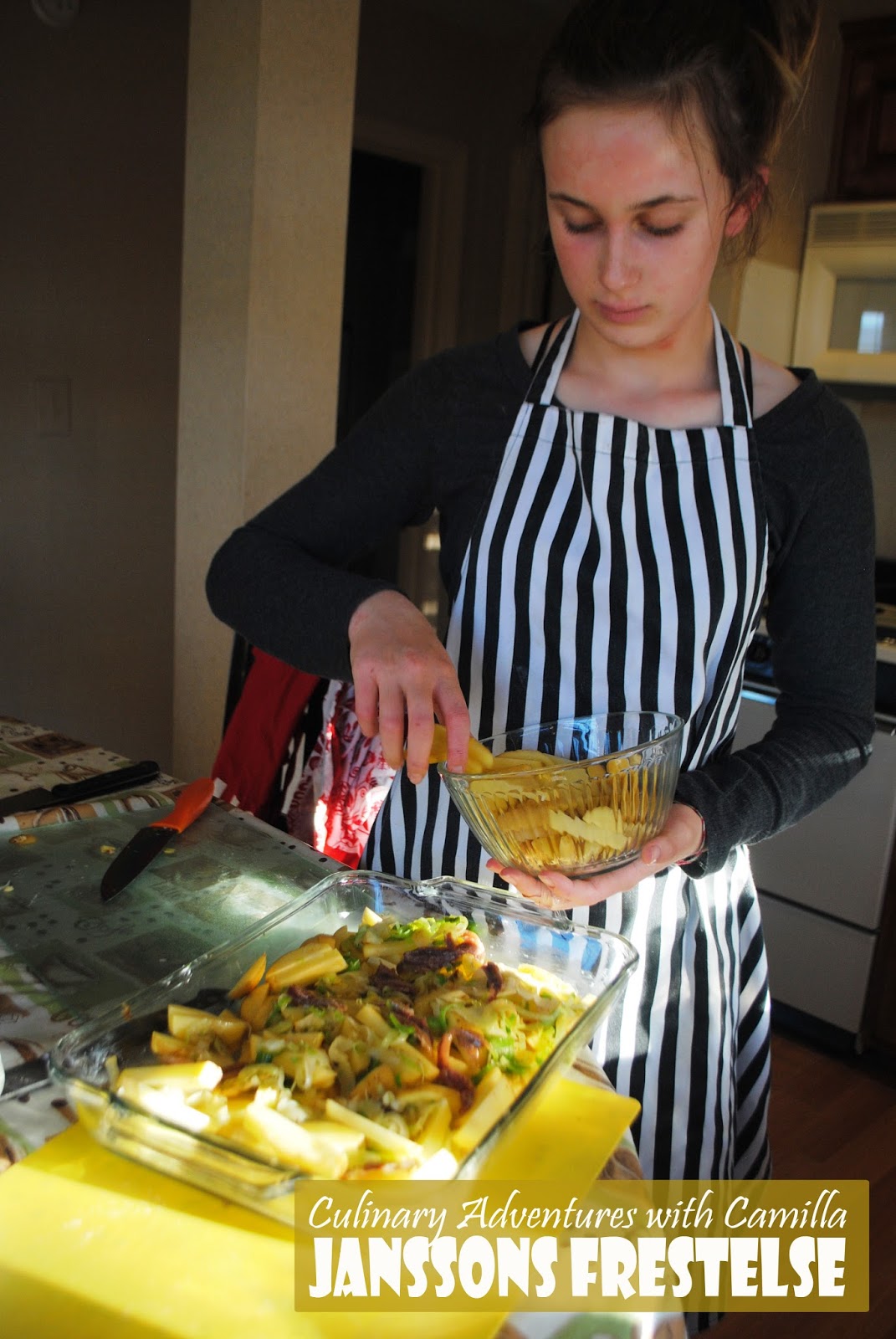 
Procedure
Preheat oven to 400°F. Peel the potatoes and cut them into strips. Sauté the leek and fennel slices in a splash of olive oil until softened. Butter an ovenproof baking dish and cover the bottom with a layer of potatoes. Spread half of the leek-fennel mixture over the top of the potatoes. Place half of the anchovies over the layer. Another layer of potatoes, then the rest of the leek-fennel and anchovies. Finish with a layer of potatoes. Flatten the surface a bit. Pour the cream over the top. Place pats of butter on top and sprinkle with some breadcrumbs. Bake in the oven for an hour. Serve hot.