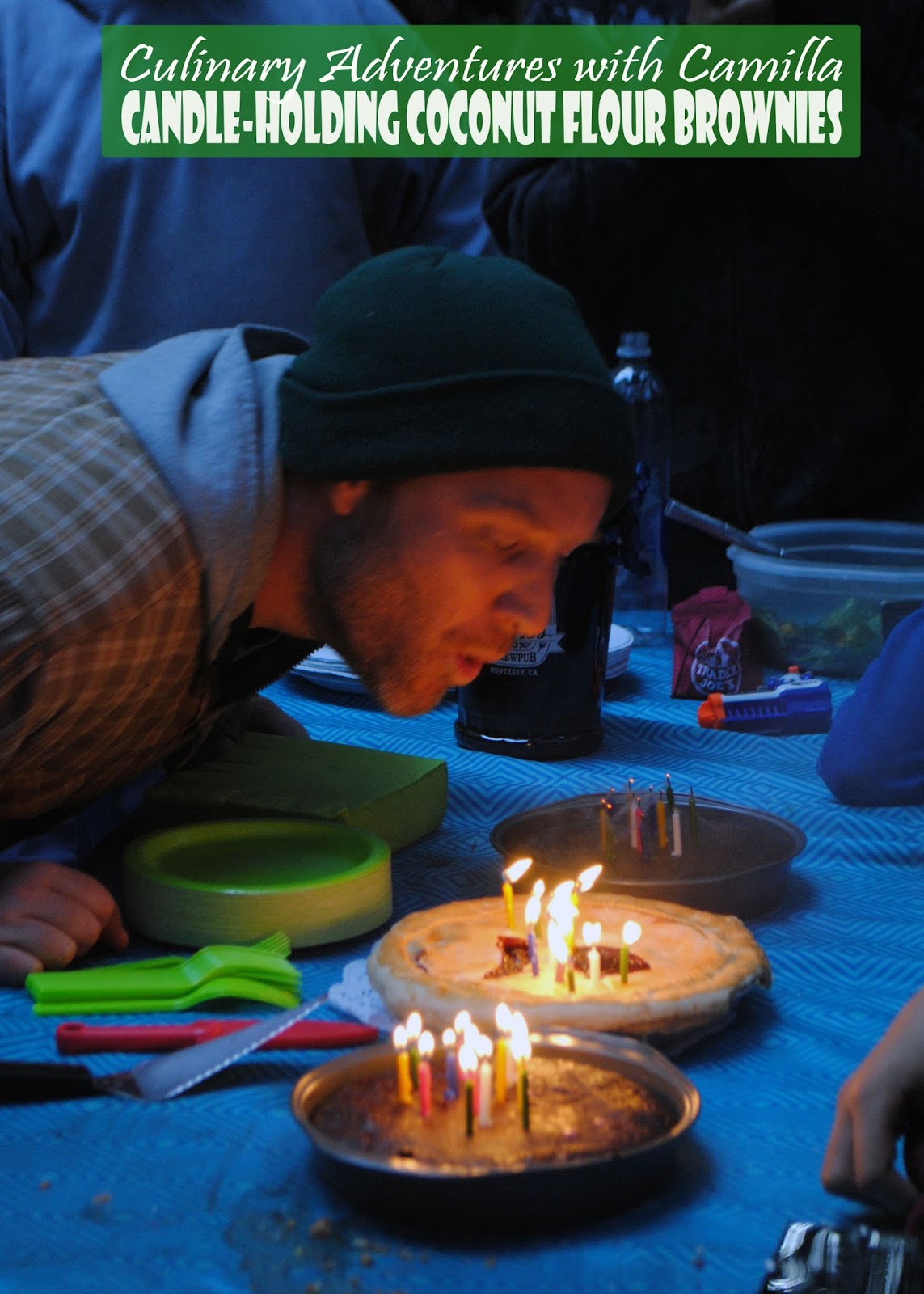 Because we were camping, I decided that I wasn't going to lug a birthday cake to the woods. I have done that. It's not as easy as you would think.

But the boys both insisted that Daddy needed something to hold his candles. Really?!? I decided to bake some candle-holding brownies. And I wanted to use the coconut flour I received from Morning Pep.*

A friend asked, after seeing this photo: how many people does it take to light all of Jake's candles?! A lot, apparently. And there weren't even forty candles. There were only 36 in the box. Whoops. 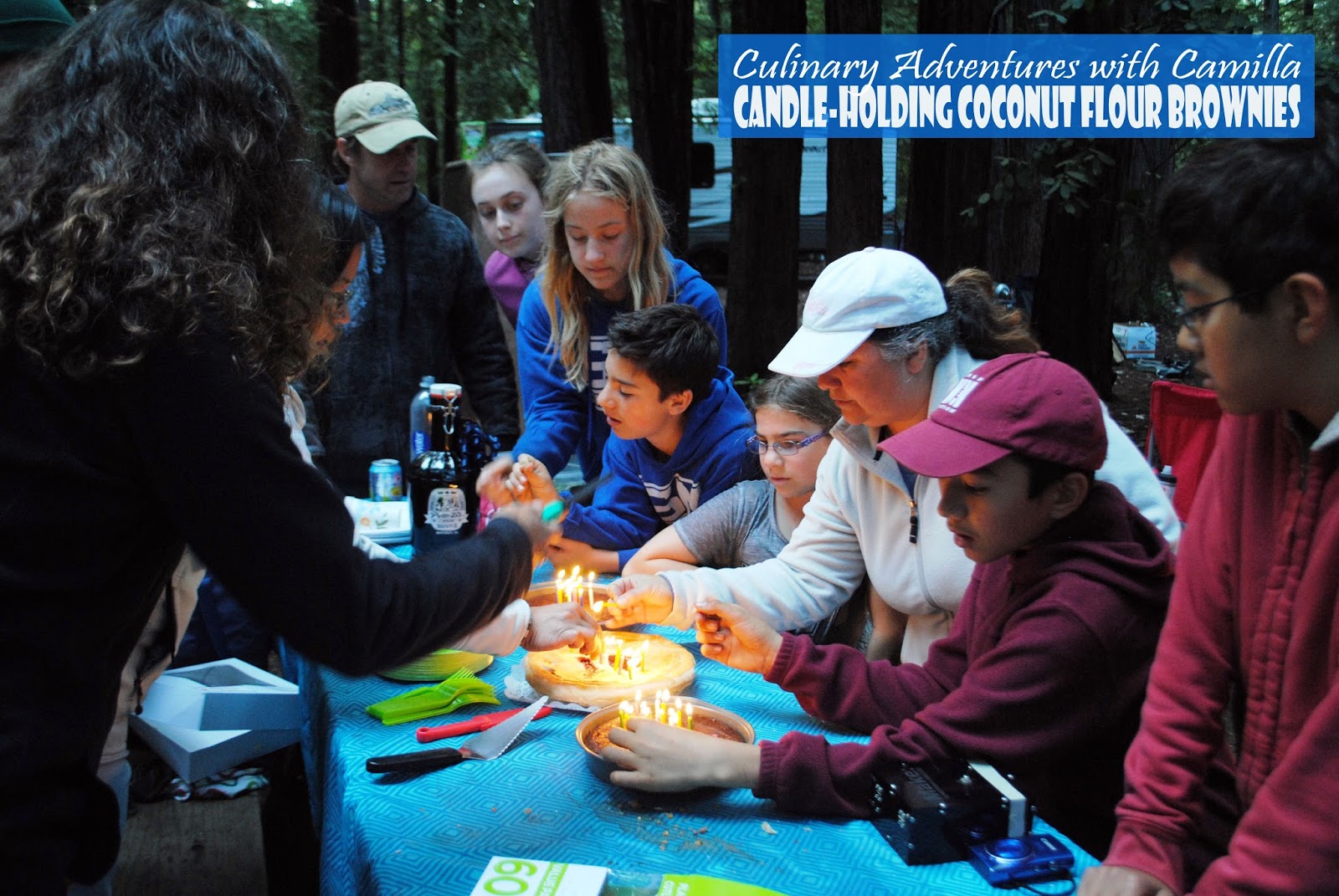 Ingredients makes two 8" round pans
Procedure
Preheat oven to 350 degrees F. Butter or grease two 8-inch round baking pan. In a medium saucepan, combine the coconut oil and cocoa powder and heat till the coconut oil is liquid. Whisk to combine. In a large bowl, whisk together the eggs, coconut sugar, almond milk, vanilla extract, and salt. Blend the chocolate mixture into egg mixture until nicely mixed. Fold in the coconut flour and chocolate chips until everything is just moistened. Pour the batter, diving it between the two dishes. Bake until nicely puffed and firm to the touch in the center, approximately 30 minutes. Let cook for 10 minutes before running a knife around the edge of the pan. You can unmold, if you like, but since we were camping, I kept the brownies in the pan for easy transportation and protection! 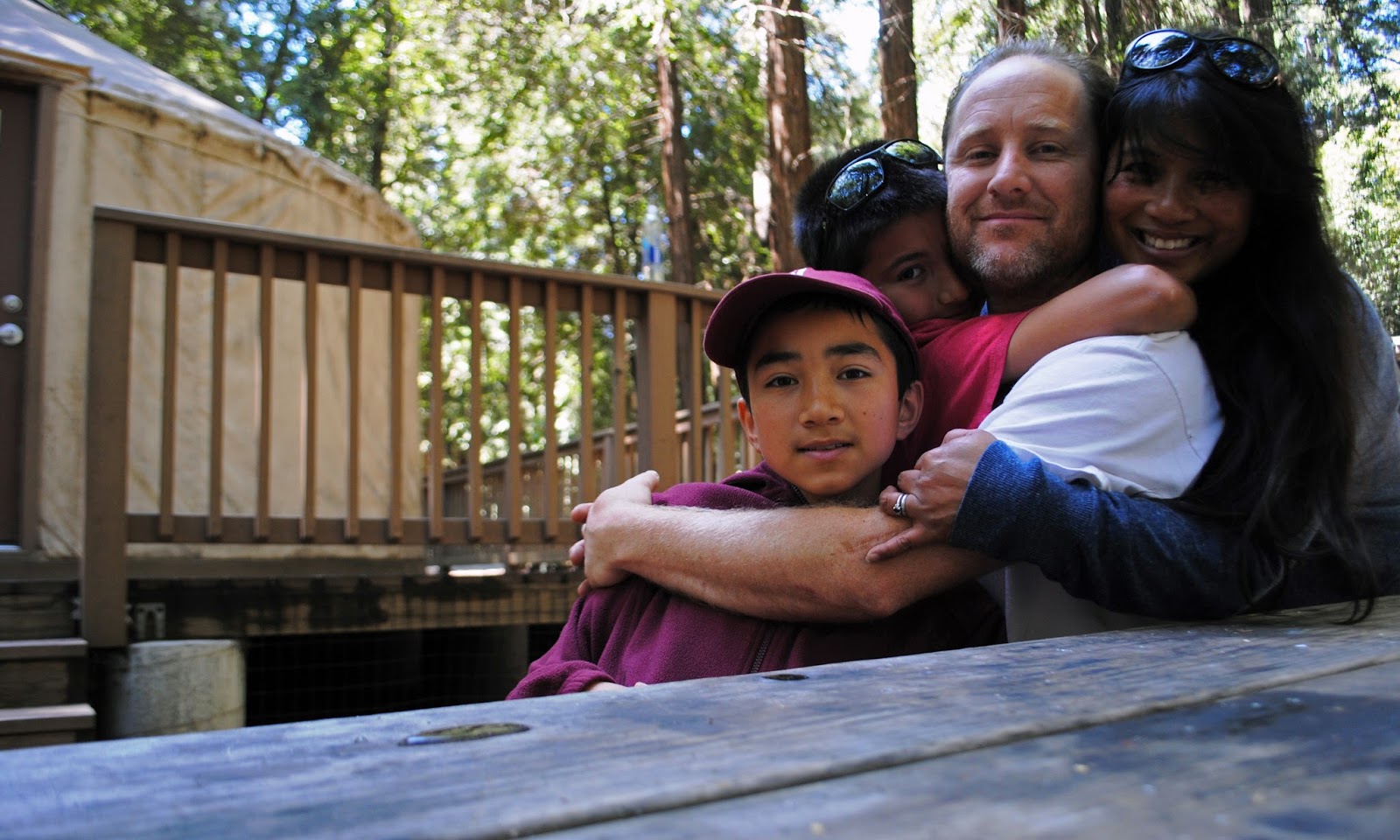 *Disclosure: I received some complimentary coconut flour from Morning Pep and chocolate chips from Pacari Chocoalte to use and review. I received no additional compensation for this post from either sponsor.