By Camilla M. Mann November 24, 2013
I'm on Orphan-detail again today for the Secret Recipe Club - for a Group C orphan last week! - and I am so excited about cooking from Eat Laugh Love - a cooking and baking blog written by Denise. One of the reasons I always volunteer to help out an SRC orphan is to meet new foodie bloggers. I had never come across Denise's blog and I, happily, lost several hours of my life perusing and drooling over her recipes and posts. I love that she has a culinary to-do list. Me, too. I just haven't published it. Maybe that's a good 2014 project! 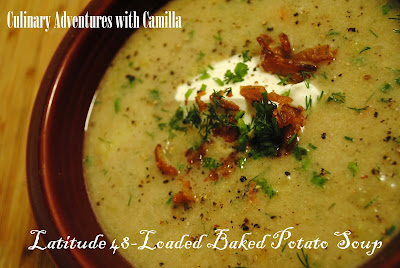 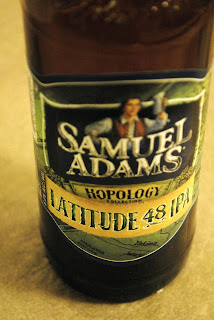 To serve, ladle soup into each bowl. Place a dollop of sour cream in the center. Top with bacon, dill, chives, and a sprinkling of salt and pepper.