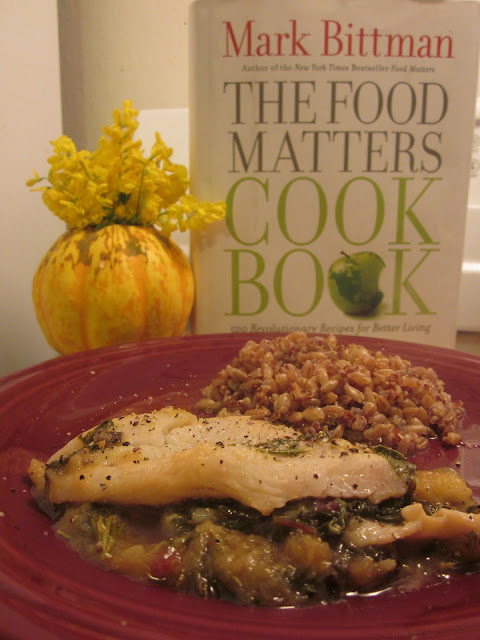 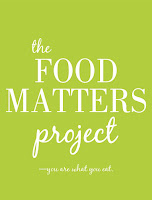 If you've been following along with this rhubarb recipe debacle, you'll know that my first take at this assignment was, tragically, devoid of the namesake ingredient: rhubarb. How do you make a rhubarb sauce without rhubarb? Well, you don't. But I tried...and so did a bunch of the bloggers in the Food Matters Project.

Then, the day after my attempt, I came across rhubarb at a grocery store whose produce clerks had sworn to me, over the phone, that they wouldn't have rhubarb available until June. I bought every single stalk. No joke.

I just needed to get some other rhubarb creations out of the way before I braved this again. Besides, I wanted to read all of the other bloggers' takes and incorporate the best elements. I have to admit that the four in my household are rhubarb fanatics. And I got four thumbs up on this dinner. But my husband did say, "if someone doesn't like rhubarb, this is definitely not the dinner for them...but I love it!" Me, too.

Thanks to all the bloggers who tackled this recipe, I garnered some inspiration from all of your posts. From Alissa of Big Eats Tiny Kitchen, I used honey instead of sugar; like Lexi from Lexi's Kitchen, I served it with farro. Well, I didn't have enough farro for the four of us, so I did a mixture of farro and red quinoa. And, perhaps my favorite adaptation - like Erin from Naturally Ella, I added greens to the sauce. She used kale. I had rainbow chard from my CSA box. This was a hit! 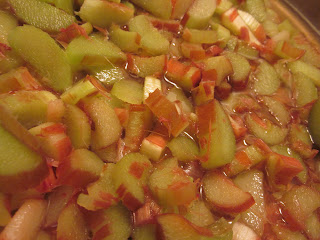 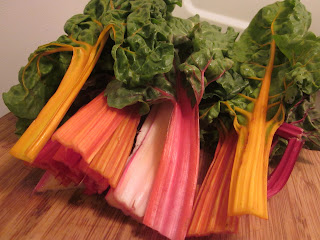 Put a large, deep skillet over medium heat and add the honey and water. Cook, occasionally shaking the pan gently, until it bubbles 5 to 10 minutes. Turn off the heat and carefully stir in the lemon juice and zest. Turn the heat to medium-high and cook, stirring constantly, until a thicker syrup begins to form.

Add the rhubarb slices, fresh rosemary, fresh thyme, and tepin chiles to the syrup; adjust the heat so the mixture bubbles a little but doesn't boil. Cook, stirring occasionally, until the vegetables soften and begin to melt into the sauce, about 5 minutes. Add the chard and cook until it's wilted, another 5 minutes or so. 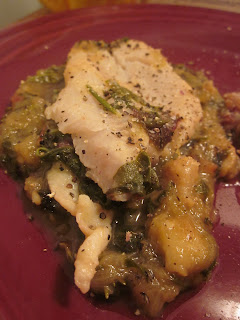 Add the filets of fish. Cover and cook, undisturbed, until the fish is done (a thin-bladed knife inserted into the center will meet little resistance), about 5 minutes. Taste and season with freshly ground pink Himalaya salt and flower pepper. ﻿ 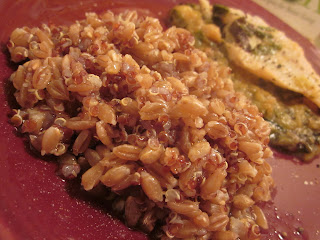 I served this with farro and quinoa. So, with the help of the Food Matters Project community, this was a success. I will definitely make this again before rhubarb season draws to a close. Thanks, all!