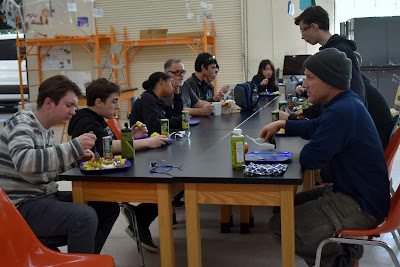 It's hard to believe that the first quarter of 2020 is almost over. Welcome to our March #EattheWorld project, being spearheaded by Evelyne of CulturEatz. Here's her challenge.

This month she said, "Snowstorm and winter relief! Bring the tropics to your kitchens as we explore Fiji on a plate! Join us on March 10th, 2020 at 10 am with a recipe." Before I get to my post, please take a look at the offerings...

Food for a Crowd 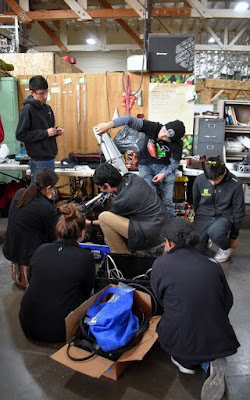 We're deep into build season for the boys' robotics team. Really 'our' team. Both boys are on the team and the oldest is the team's co-captain this year; Jake is the lead mentor; and I do everything from business and communications mentorship to meal coordination and travel arrangements. So, yes, it's a family affair and involves all four of us. In any case, it was our turn to feed the team. I opted to bring in a Fijian feast to feed the hungry crowd. 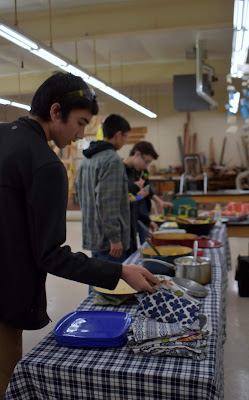 There were so many things I wanted to cook, including Kokoda, a Fijian ceviche; Ginger Fish with Miti, a thick dressing made with onions, coconut cream, and lots of chiles; and Palusami, an almost savory custard dish made with taro leaves and baked in banana leaves. But some of the kids are not culinary adventurers. So, I opted for more recognizable foods. You'll see the recipes for the curry and the pulao soon. Today, though, I am sharing the recipe for the cassava cake. Keep reading... 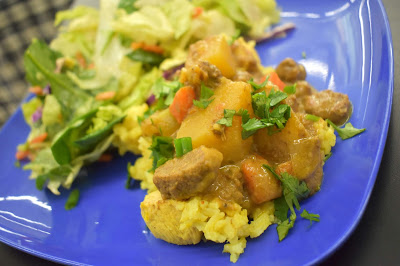 I have never been to Fiji, but I read that there is a surprising percentage of the population that is of Indian descent. Something like 40% of the people can trace their roots to the Indian sub-continent because Indians were sent to Fiji by the British colonists to work on the sugarcane plantation.

So, I felt confident that a curry would be an acceptable dish for this month's theme. While goat is a traditional version in Fiji, I went with beef for the robotics team. I would have done lamb, but the boys reminded me that some people think lamb is really gamey. Fine. 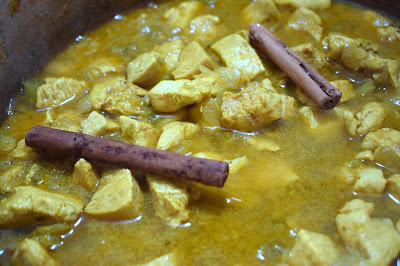 I served the curry with a chicken pulao, a rice and chicken dish made with cloves, cardamom, cinnamon, garlic, and caramelized onions. It's a family favorite and was robotics team-approved. I noticed some kids went back to seconds and even thirds. Success! 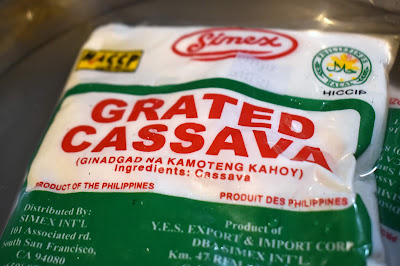 But the recipe I'm sharing for #EattheWorld was one of the the desserts I served the kids - a cassava cake. Cassava is a root vegetable widely consumed in tropical countries. It also goes by the names yuca and manioc. I told the kids they would probably recognize it as the root from which tapioca pudding is made. I usually get my cassava already grated and in the frozen section of our local Filipino-Indian market. 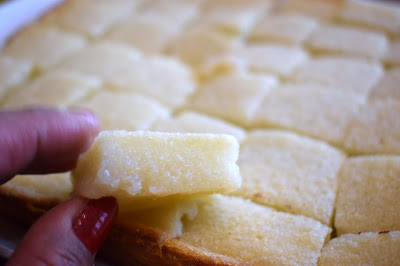 Preheat the oven to 350 degrees F. Butter the baking dish and set aside.

Place water, sugar, and coconut oil in a small saucepan. Bring it to a boil and then lower the heat and swirl until sugar is dissolved and you have a clear simple syrup. Remove from the heat and let cool for about 5 minutes

Meanwhile, place egg in a large mixing bowl with the coconut cream and vanilla extract. Whisk until well-combined. Add the grated cassava and simple syrup.

Spoon the batter into the prepared pan and smooth the top with rubber spatula the best you can. Place in the oven and bake for 45 to 50 minutes until the cake is set and the edges are golden brown.

Carefully remove from the baking dish to wire cooling rack and let cool down completely before cutting. Once it's cooled, you can slice into small squares.