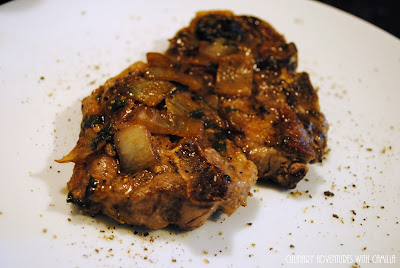 I am using some free time to catch up on draft recipe posts. Yikes! I have some in my draft folder that are years old. Years. This was one that I must have read and cooked while we were in Tahoe for Spring Break one year. Since we haven't had a family vacation in March for at least two years - as robotics has been at the forefront of our calendars - I know it's been at least that long. Here's a recipe and thoughts about Girl with a Pearl Earring by Tracy Chevalier.* 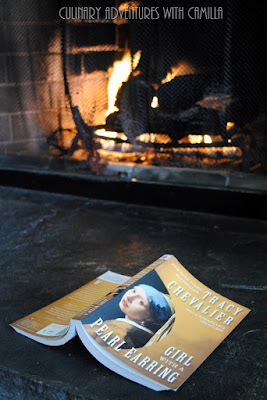 While the boys were playing around the lake, I stayed by the fire and finished this book in one sitting. I absolutely loved it.

First, a note: I had no idea this had been made into a movie. I can't wait to track it down because I so enjoyed the book. Though I rarely enjoy a movie-from-book as much as the book itself. So, perhaps I'll skip the movie and just revel in my adoration of Chevalier's book.

I enjoyed the main character, Griet. Though she is essentially a peasant, she is competent, intelligent and observant. She has been hired by Vermeer, the Dutch painter, to clean his studio. Her task: clean without moving anything. Or rather, clean without making it apparent that she moved anything.

Much to the dismay of his high-strung wife Catharina - who is constantly pregnant - Maria, his mother-in-law, and his many children, Griet forges a relationship with Vermeer. It's not a sexual relationship, but it is illicit. She is the only one in the household allowed entry to the studio. Griet displays an affinity towards his art, so she begins to assist Vermeer, grinding his colors, laying out the paints, making subtle suggestions by changing placements in his still-lifes, and - ultimately - being the muse of Girl with a Pearl Earring.

"I saw for him...three or four times a week, for an hour or two each time. It was the part of the week I liked best, with his eyes on only me for those hours. I did not mind that it was not an easy post to hold, that looking sideways for long periods of time gave me headaches. I did not mind when he sometimes he had me move my head again and again so that the yellow cloth swung around, so he could paint me looking as if I had just turned to face him. I did whatever he asked of me."

So, I'll just say that the pearl earring belonged to Vermeer's wife. And it was taken and worn without Catharina's knowledge and consent. As you can imagine, Griet left the household under a cloud. She married Pieter and became a butcher's wife. 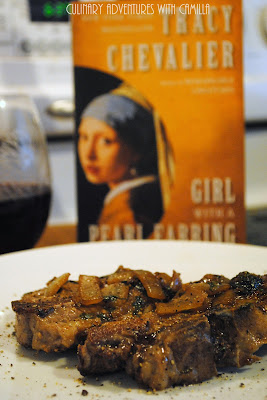 I decided to make a dish with meat, as her life after being the Girl with the Pearl Earring, was at a butcher's stall. I found at traditional Dutch recipe that was found in cookbooks from the 18th and 19th centuries: Lamskoteletten op zijn oud-Hollands. Lamb chops old-Dutch style. It was delicious. 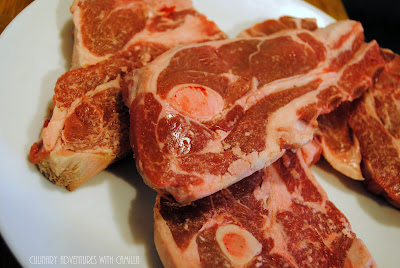 Heat your grill or grill pan until oil is almost to the smoke point. Place the chops on the pan and sear for 3 minutes. 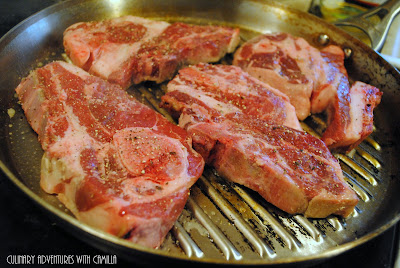 Flip the chops to the other side and sear for another 3 minutes. 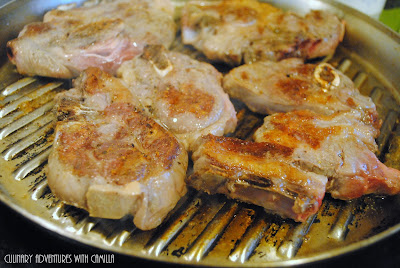 Place them in a lightly oiled oven dish and roast them for 12 to 15 minutes.

In the same pan that you seared the chops, add a splash of olive oil and cook the onions and garlic until softened and caramelized. Deglaze the pan with the wine and pour in the stock. Add in the rosemary, thyme, and bay. Bring to a boil. Whisk in the flour or cornstarch and bring to a boil again. Let thicken. Fold in the fresh parsley.

To serve, put the chops on individual plates and pour the sauce over them.

Click to see what everyone else read in March 2020: here.