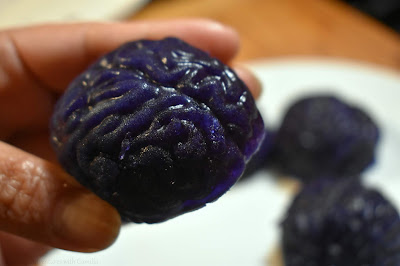 This month Kimberly, from Coffee and Casseroles, is hosting this month's edition of #FoodNFlix.

And she has asked us to post a recipe inspired by any Tim Burton movie. Read her invitation: here. Burton's body of work is pretty vast and spans many years - from Pee-wee's Big Adventure in 1985 to 2019's Dumbo.

We watched Beetlejuice for #FoodNFlix in October 2016 when I posted Spooky Juice. I probably watched Edward Scissorhands when it originally came out; and I am certain that we watched Planet of the Apes when it was released in 2001 because Jake's cousin was one of the apes!

Still, I am not much of a Tim Burton fan. Or I guess I should say that I haven't seen many of his movies. But I was intrigued to start watching last month to prepare for this. Thankfully our local library has a healthy selection in the system and I was able to check out several DVDs - for free! 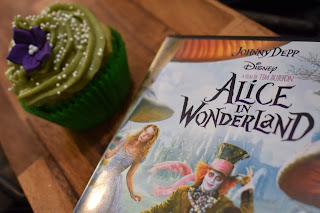 I watched Corpse Bride but didn't make anything from that. Odd though because I think I enjoyed Corpse Bride the most of all the movies I watched for this event! I popped in Alice in Wonderland and did make some cupcakes that would be a tasty addition to a Mad Hatter's tea party. But on to Mars Attacks! which is my inspiration for this post. 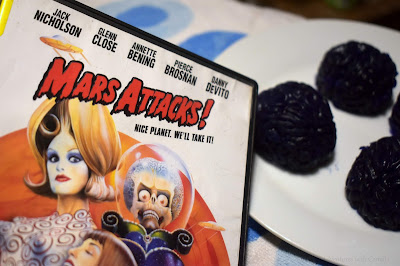 No matter what I did, I couldn't convince any of my guys to watch any of the movies with me. R flipped through the DVD cases and commented, "Mom, these look really weird. I have homework to do." D wasn't much more open to the idea, Is this the same guy who made Coraline? I said yes. Turns out that wasn't accurate. But D was not willing to come back. Coraline creeped me out, Mom. I'm going to work in the garden. And Jake just said he didn't think I would enjoy the movies and had work to do. So, I was on my own.


Mars Attacks! reminded me of a mid-century B-movie. The movie opens with a herd of flaming cattle, running down a country lane. Why were they on fire? I wondered. Then we see the first of the movie's many flying saucers, perfect imitations of those blurry UFO images. Earth is soon under attack from a vast fleet of martian invaders, and the President, played by Jack Nicholson, takes advice from a few of the many A-listers in the film: Glenn Close is First Lady, Pierce Brosnan is his scientific adviser, and there's more. Annette Bening, Danny DeVito, Sarah Jessica Parker, Michael J. Fox, and a young Natalie Portman all make appearances; Tom Jones plays himself. And despite what the actual Burton budget was, the entire movie feels cheap and silly. The martian ray guns look like painted water guns that you can buy at Target.  But there's not much to redeem this movie, in my opinion. It's a throwback to tacky old alien movies - not even a witty parody, just a crazy replica of the genre.

So, I tried. I checked out five Tim Burton movies from the library. I made it through three and a half of them. And I made two recipes. I think I'm calling it 'good' for this month's Food'N'Flix event. Sorry, Kimberly. I'm just not a fan. But I do appreciate being pushed out of my usual genre for a few hours. 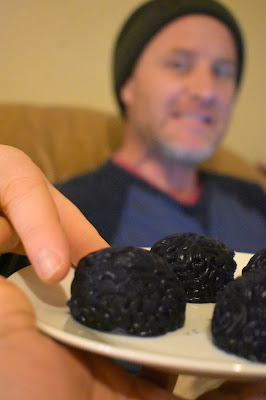 Still I did head into the kitchen to make some gummy brains! You know - from the brain disintegrator scene...and the DVD cover. And I made them blue with blue butterfly pea flower powder. 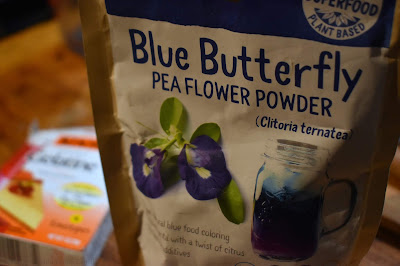 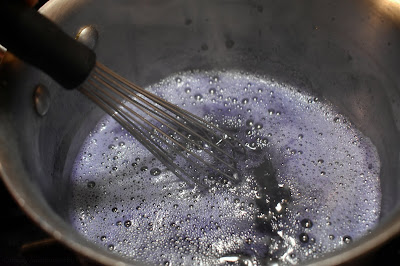 In a small saucepan, pour your water and whisk in the sugar and blue butterfly pea flower powder till dissolved. Sprinkle the gelatin over the top and let sit for at least 5 minutes. Not all of the gelatin will absorb the liquid beneath; that's okay.


After five minutes, heat the mixture over a low to medium heat until the gelatin is dissolved and the mixture is thickened and clear. You can pour directly into the mold from the saucepan, if you like. I don't trust my neatness without a spout, so I transferred the mixture to a measuring cup. 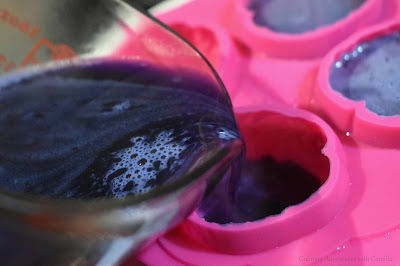 Pour the mixture into the molds. You can pour all the way to the top, since it doesn't expand. Place the mold on a flat tray and put them in the freezer for 20 to 30 minutes.

They should pop out easily. If they don't put them back in the freezer for a few more minutes. 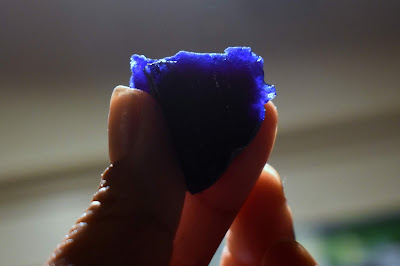