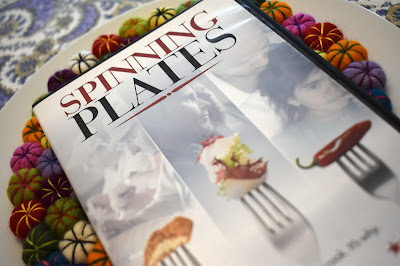 This month, I invited my fellow Food'N'Flixers to watch Spinning Plates* with me. You can read my invitation here.

Based on the entries and comments I think the gals all enjoyed this selection. I'm glad! 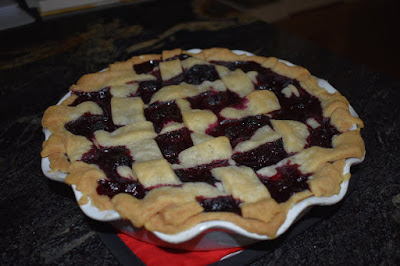 First in was Kelley of Simply Inspired Meals who shared her Wild Blackberry Pie. Of the three restaurants featured in the film, Kelley was drawn to Breitbach's. She shares, "Breitbach’s, on the other hand, felt like the kind of restaurant my family would enjoy. It’s focused on family, excellent but not complicated food, with a warm inviting environment. I selected Breitbach’s as my inspiration. They make homemade pies every day." 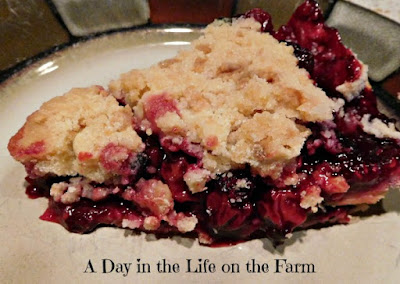 Wendy from A Day in the Life on the Farm also shared a pie, a Grant Achatz Sr.-inspired pie: Michigan 4 Berry Pie. She writes, "There is a pie company in my small town of Michigan that is owned by the Achatz family.  The Achatz family has a long history of restaurateurs, cooks and catering.  ...There are Achatz pie companies throughout the neighboring counties now and  they are available to be shipped Nationwide.  Their most popular pie is the Crumb Michigan Four Berry Pie.  They offer free shipping.  The cost of one pie is $49.00.  They sell a ton of them." I'm not sure I've ever paid $50 for a pie, but Wendy's looks delicious, doesn't it? 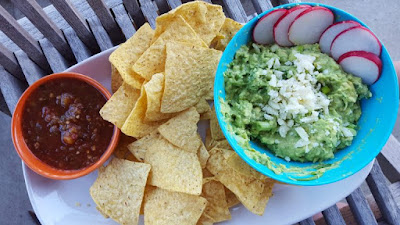 Debra of Eliot's Eats shared three recipes for this event. Yes, three! First up was A Simple Guacamole, which was inspired by "La Cocina de Gabby is probably the humblest of restaurants but the one with the most heart." 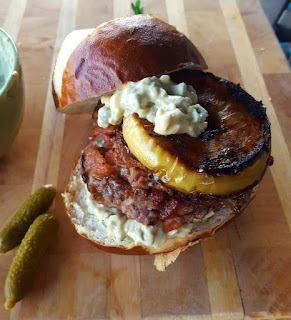 Next, Debra shared Chef Grant's Best Burgers, writing, "Achatz’ food featured in the film was breathtaking and ambitious and too scary for me to try to replicate.  Instead, I found some humbler and more attainable recipes online like his mac‘n cheese and this great burger recipe." 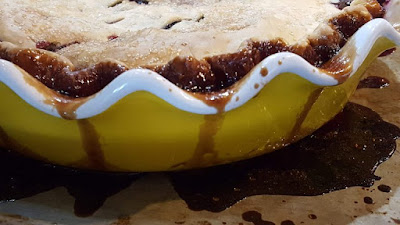 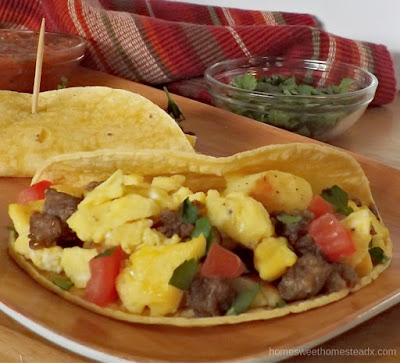 April of Home Sweet Homestead posted Breakfast Tacos for the event. Inspired by Gabby's restaurant, April says, "One of my favorite moments is when Gabby says, 'I could give you the recipes, but the true seasoning is in the person's hands'. I've felt that way about cooking my whole life, but was never able to sum it up as well as she did. Gabby learned the art of Mexican cuisine from her mother and grandmother, which is why I think their story touched me the most. Her food is made with love, the same philosophy I have about my own cooking." 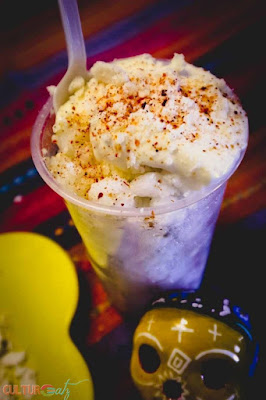 Evelyne of CulturEatz wrote about Esquites, Mexican Street Corn in a Cup. Evelyne was also inspired by Gabby, sharing, "I could just relate to them the most. They are trying to survive, to not lose their house, the build a business. I saw many such small roadside restaurants myself during my trip [to Mexico]. It is really a question of survival for them. ...Funny enough, the food they prepared looked really Tex-Mex to me, even if she claims it was her mom’s cooking. Or I should say it looked very plain to what I saw, even compared to street food from street vendors." Her Esquites looks exquisite. I can't wait to try it! 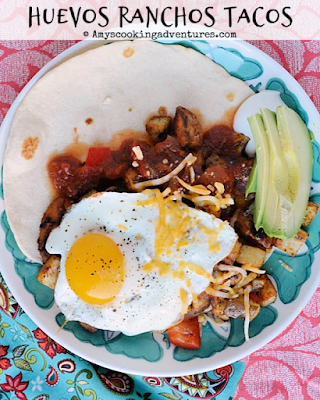 Amy of Amy's Cooking Adventures was also inspired by the Mexican restaurant in the movie. She published her Huevos Ranchos Tacos. "Ultimately, I decided to go a little Tex-Mex and make Huevos Rancheros Tacos, inspired by the Mexican restaurant as they introduce breakfast tacos to their menu in an effort to bolster their morning restaurant traffic. This delicious dish is quick enough to make for breakfast or hearty enough for dinner.  It is also a great way to stretch leftovers to feed a crowd!" 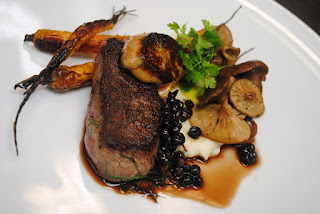 And I'll round out the offerings. As a food writer, I have been assigned to eat at a lot of great restaurants. And many times people ask me about the best meal I've ever that. I decided to share, probably, the most memorable in Food as Art + My Foodie Crush on Chef Cal.


Next Month...
There you have it. All the Food'N'Flixers' posts about Spinning Plates. Next month - May 2019 - Wendy of A Day in the Life on the Farm is hosting us as we watch Mamma Mia! Here We Go Again! Read her invitation here and join the party! Seriously. When doesn't ABBA put a smile on your face?!