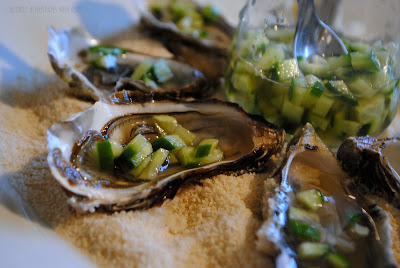 It's time for Fish Friday Foodies' May event. We are a group of seafood-loving bloggers, rallied by Wendy of A Day in the Life on the Farm, to share fish and seafood recipes on the third Friday of the month. This is, easily, my favorite recipe sharing event of the month. I always come away with a list of recipes that I just have to try!

This month, I am hosting. Here was my challenge to the group: "Let's go raw! Share your favorite ways to eat fish raw. Think poke, ceviche, tartare!"

I had initially planned to make a raw Peruvian fish salad. But I received Miyagi oysters from our CSF, Real Good Fish this week and decided that those were perfect for a raw event! 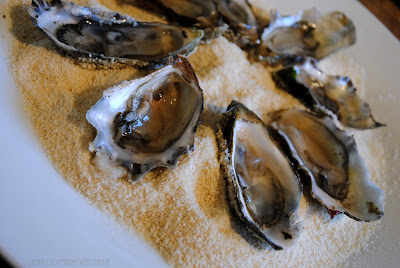 The Miyagi oysters were fresh from Tomales Bay in Marin County just up the coast from us.  Miyagi oysters are also called Japanese oysters. These marvelous mollusks can each clean up to 50 gallons of water per day. Reefs also create habitats for hundreds of other sea creatures, such as mussels and clams that also help filter water. And these are on the Monterey Bay Aquarium Seafood Watch's Best Choice list. 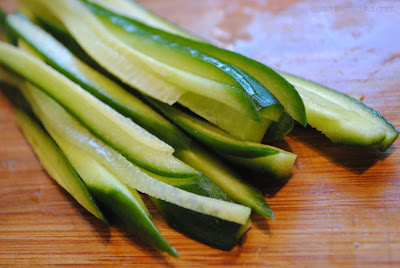 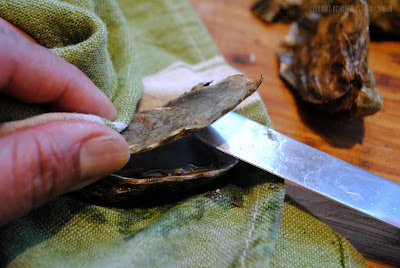 Insert the tip of a knife between the shell halves, and slide it around as you pry it open. Using the knife, pull the muscles away from the top, flat shell and bend the shell back. Discard it. Leave the oyster in its shell. Nestle the oysters in a bed of breadcrumbs to keep them steady. Serve immediately with cucumber mignonette. 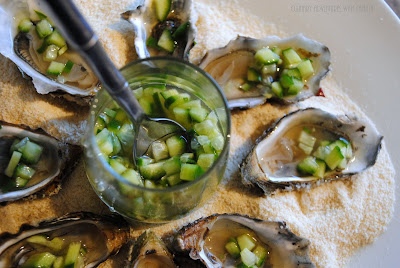 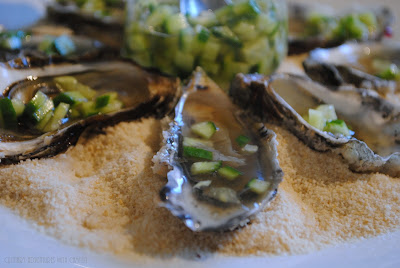