By Camilla M. Mann May 25, 2017
This is a sponsored post written by me on behalf of KitchenIQ. All opinions are my own. 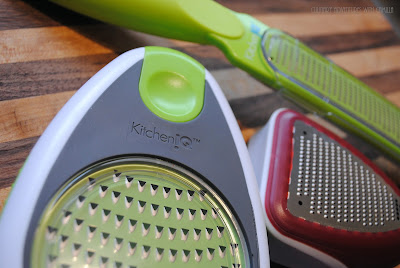 When one of my contacts at KitchenIQ asked if I wanted to do a post featuring a few of their new kitchen tools, I agreed immediately. I am not a gadgety cook; I really don't have a lot of kitchen appliances. But I have received tools from KitchenIQ before and they are definitely my favorite.

The Tools...
KitchenIQ kitchen tools are easy to use, easy to clean, and they do what they claim they'll do! Plus, plus, plus. I love them. I received the Grate Ginger Tool, the V-Etched Spice Grater, and the V-Etched Better Zester! I'm going to do a quick rundown of each of the products, share a recipe that used all of the tools, and - at the end of the post - you'll have a chance to win all three of these tools for yourself. Good luck!!! 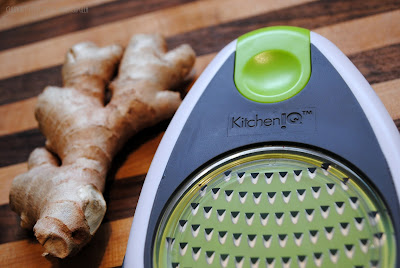 The Grate Ginger Tool is one of those tools that I never knew I needed...and, now, I'm wondering how I lived without it. I use fresh ginger all the time, putting into my weekly batch of Golden Root Milk, and this tool helps me easily peel, grate, and juice the fresh ginger. The only part of the tool that I haven't really utilized is the slicer. But I think that I'll try my hand at pickling ginger this summer, so I'll definitely let you know how that works. 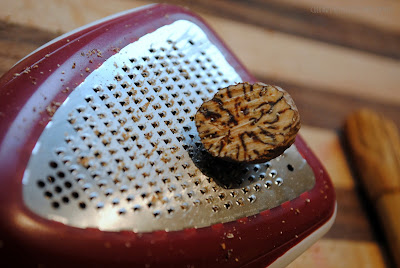 I use the V-etched Spice Grater, almost, on a daily basis now. I love its compact design because I can grip it firmly plus it fits easily into a prep bowl to catch any wayward pieces that might fly off of a cinnamon stick. It also has a slide-in container to catch the ground spices so you can measure before adding it to your dish. Additionally, clean-up is a snap. It is hand-wash only, but that works fine for me. For the recipe I'm sharing, I used it for nutmeg, cinnamon, black cardamom, and star anise. What a workhorse! 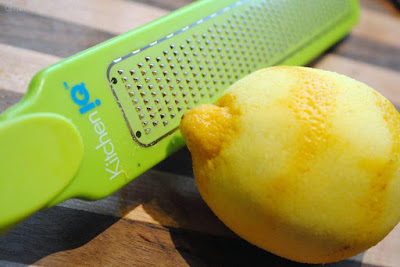 The V-Etched Better Zester is comprised of over 300 tiny V-shaped teeth that finely zests the outer layer of skin while leaving bitter pith intact. Though they call it a "zester", I would call it a microplane. It's useful for more than just citrus though. If I had to pick only one kitchen tool to take with me, it would be this one! 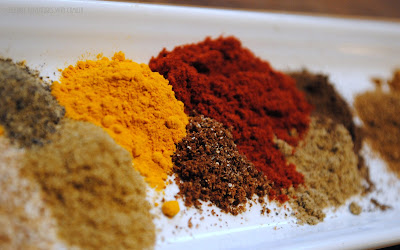 The Recipe...
When I was trying to decide on a recipe that showcased all of the KitchenIQ tools, I kept circling back to Asian cuisines. But, in the end, I decided to make Ras el Hanout and use it in a dish with lentils and hearty greens. 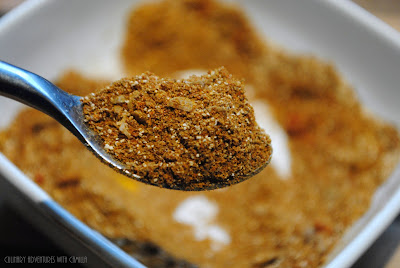 Ras el Hanout is a spice blend from North Africa that's akin to garam masala in Indian cuisine. Ras el Hanout, in Arabic, means "head of the shop", similar to the English expression "top-shelf", and implies it's a mixture of the best spices the seller has to offer.

I've seen recipes that include ten spices; I've seen recipes that include nearly fifty spices. So, while there is no definitive composition, it usually includes some combination of cardamom, cumin, clove, cinnamon, nutmeg, mace, allspice, ginger, chile peppers, coriander seeds, peppercorns, paprika, and turmeric. I have seen it with grains of paradise, fennel, saffron, and even rose petals.

For this version, I grated nutmeg, cinnamon, black cardamom, and star anise on my V-Etched Spice Grater. I used an electric spice grinder for the other spices. 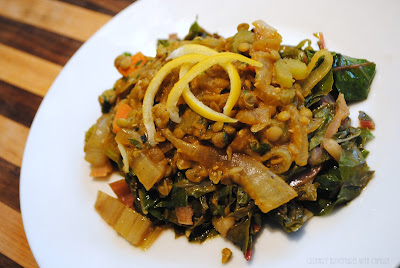 
Procedure
Ras el Hanout
Place all of the spices in a bowl and stir to blend. Set aside.

Lentils
In a large, flat-bottom pan, heat olive oil. Add the onions and cook until they are translucent and beginning to caramelize. Add in the celery and carrots and cook for 5 to 6 minutes. Pour in the stock. Sprinkle in the Ras el Hanout; stir in the grated ginger. Fold in the cooked lentil and simmer until the liquid is completely absorbed. Stir in the lemon juice and ginger juice and remove from the heat. Season to taste with salt and pepper.

Greens
Rinse and dry the greens and trim off the bottom. Thinly slice the stems and chiffonade the leaves.

Open to US residents 18 years or older. The winners will be chosen by rafflecopter and announced here as well as emailed and will have 48 hours to respond or a new winner will be chosen. This giveaway is in no way associated with Facebook, Twitter, Google+ or any other entity unless otherwise specified. We cannot be responsible for items lost in the mail.
a Rafflecopter giveaway

*Disclosure: I received complimentary products from the sponsor for the purpose of review and recipe development. I also received the opportunity to giveaway products to one of my readers. My opinions do not necessarily reflect the opinions of  the manufacturer of this product. I have received no other compensation for this post.