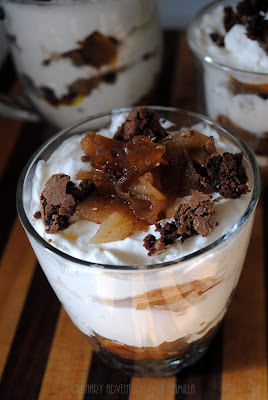 I joined this annual #FoodBloggerLove exchange that the team at The PinterTest Kitchen is coordinating. Very similar to the Secret Recipe Club to which I belonged for several years, we were assigned another blog, explored, then selected one of their recipes to cook and post. What fun!

Though Pavani hails from Hyderabad, a bustling city in South India, she currently live in New Jersey with her family. She explains the blog's name: "When I decided to start a food blog way back in 2006 and was thinking of a name for the blog, I remembered my husband telling about his favorite food joint called “Hideout” in Davangere, Karnataka (also in Southern India). I thought that was an apt name for the kitchen where I love to hide and cook, so that’s how the name “Cook’s Hideout” came into being. 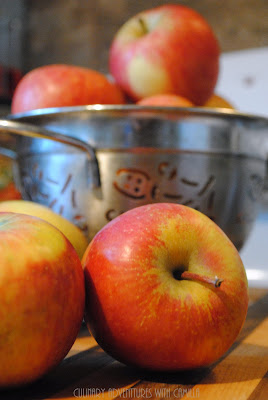 Though I wanted to try some of her Indian recipes, I had a glut of apples, from a local organic farm, and decided to try the Norwegian Apple Triffle by Cook's Hideout. I actually served this for breakfast one lazy weekend in January. My boys were so excited.

"Mom," gushed R, "what did we do to deserve this for breakfast?"

Nothing. I needed to make it for a blogpost.

"Have I mentioned recently how much I love your blogposts?!" said Jake.

And the little one was silent as he was busy stuffing his mouth with this Norwegian deliciousness.

They liked it so much, I've made it two times since. I did adapt the recipe to be gluten-free so my husband could indulge, too. He was grateful. 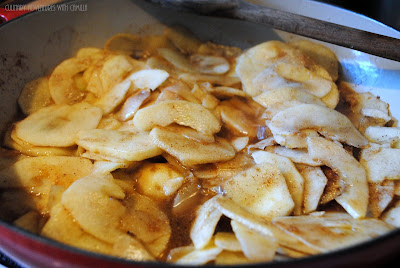 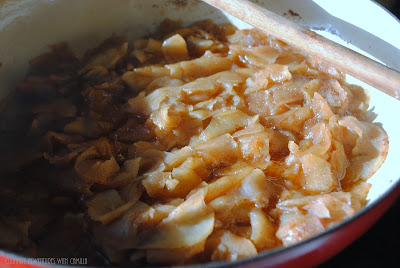 In the meantime, whip the cream until soft peaks form.


To assemble: Place 1 to 2 T compote in the bottom of an individual serving dish or glass. Add 1 to 2 T whipped cream. Add 1 t cookie crumbles. Repeat layers until the dish is full. Serve immediately. 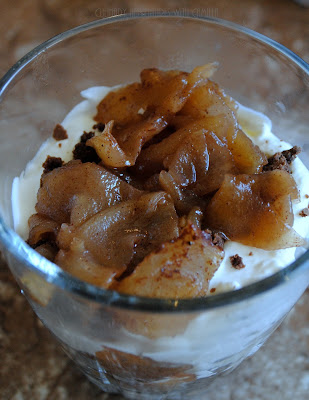 Here's the rest of the #FoodBloggerLove exchange...