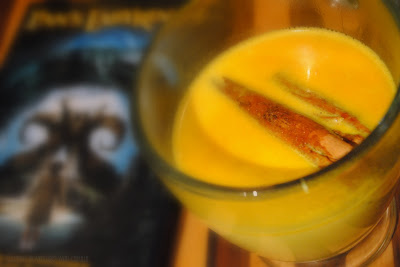 For the second Food'N'Flix of 2017, Katharina of Pretty Cake Machine asked us to watch, or rewatch, Pan's Labyrinth.* You can read Katharina's invitation: here.

Katharina wrote: "In terms of food, Pan’s Labyrinth is rich with inspiration. Food is a massive source of symbolism throughout the film, and I hope you all can enjoy your viewing and come away wanting to cook something amazing."


On the Screen...
This was the first time I have watched Pan's Labyrinth, a dark fantasy film by Guillermo del Toro. Set in 1944 Spain, Ofelia has arrived at a remote military outpost in an old mill overseen by her sadistic new stepfather. Her mother is far-along in her pregnancy and mostly bedridden.

Fantasy and reality blur when Ofelia discovers a labyrinth and meets a faun who challenges her to save herself and her mother. Conflicts abound. Ofelia versus her stepfather. The rebels versus the army. Good versus evil. I won't say too much more about the plot. The film is visually arresting albeit on the dark side. 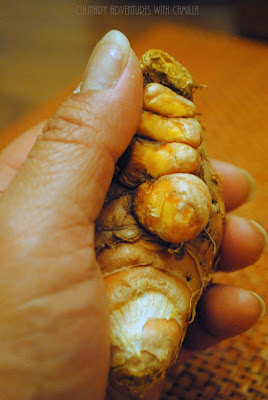 While there were several things that I almost made - rabbit stew, something with pomegranates and currants - I found myself inspired by the mandrake root the faun gives to Ofelia to hide under her mother's bed and feed with two drops of blood everyday. The mandrake root looks like a creepy baby. I dug through a bin of fresh turmeric until I found the one I wanted. People at the market probably thought I was off my rocker! 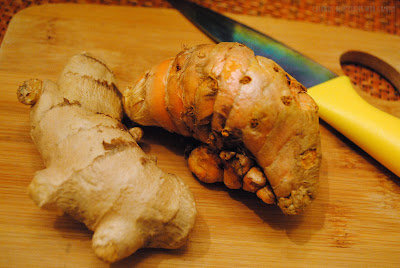 I have long been a fan of golden milk, a traditional Ayurvedic recipe made with turmeric mixed with different spices. Some versions include black pepper, others cardamom. Some are sweetened with honey, others with dates. But I've always bought a mixture...and they're pricey. This movie inspired me to make my own. I drew from several different recipes, but wanted to include some fresh turmeric and ginger as they reminded me of Ofelia's mandrake baby.

The paste will keep for two weeks. To make the milk, whisk equal parks golden root paste and a sweetener into warm milk. 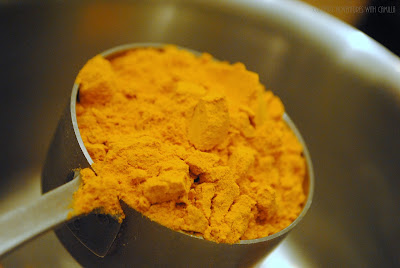 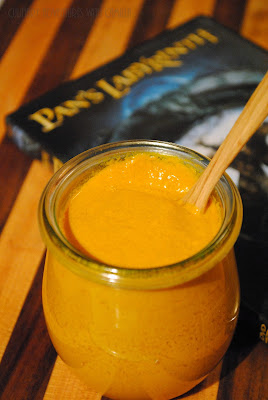 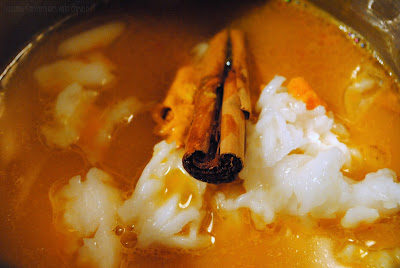 Golden Root Paste
Place all of the ingredients in a medium saucepan. Heat until the coconut oil is melted. Whisk until smooth. Remove from heat and take out the cinnamon stick. Transfer to a glass jar with a lid and store in the refrigerator. 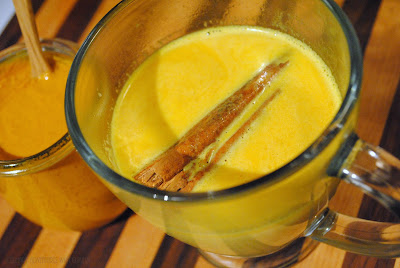 Golden Root Milk
Gently warm milk in a saucepan. Whisk in turmeric paste and honey until well-combined. Pour into a mug and garnish with a cinnamon stick. Serve immediately.