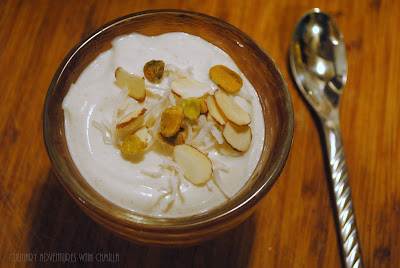 The Secret Recipe Club has a relatively new - fifth Monday - event that blurs the lines between the groups. You can be assigned to any other participating blogger in groups A through D. Naturally, I jumped right in.

Our theme this month: Holiday Treats. I was assigned to Tara's Multicultural Table, a blog written by Tara. I was so excited to explore her blog more. We've crossed paths before. She's taken part in different recipe round-ups I've hosted. And, most recently, she organized a virtual baby shower for another blogging friend - Lauren of Sew You Think You Can Cook - and I was reminded about the warmth of the blogging community.

So, into her blog I delved. Though I did get sidetracked by her recipes by location in the world, I stayed mostly in her desserts category. I considered her Vanillekipferl (Austrian Vanilla Crescent Cookies), Raivas (Portuguese Cinnamon Cookies), and Ka’ak b’sukar (Syrian Sugar Cookies). 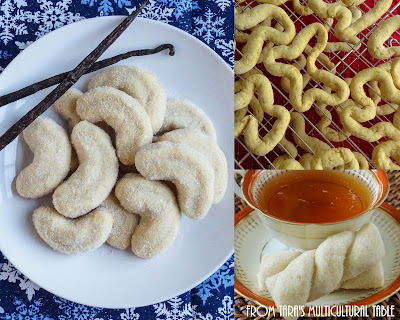 I was more than a little intrigued by her Malabi with Orange Brandy Sauce, Chinese Peanut Dumplings in Ginger Syrup, and Kaber Ellouz (Tunisian Almond Balls). 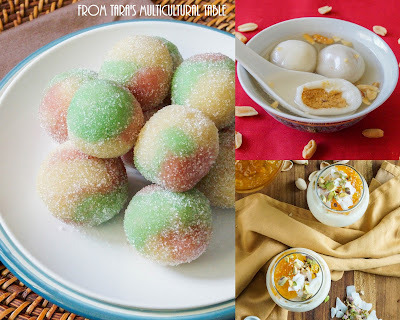 But in the end, I decided to try her Shrikhand (Indian Yogurt Pudding with Saffron, Cardamom, and Toasted Nuts) because I am auditioning recipes for a themed dinner in December. This was the perfect dessert - not too complicated and easy to do ahead of time. I made a few adaptations, reducing the sugar and adding a few more spices, but the idea was the same. And it was a hit! 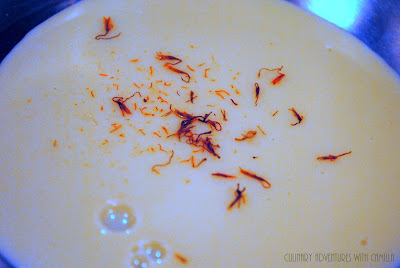 Procedure
In a small saucepan, combine the milk and saffron over low heat just until just warmed. Remove from heat, cover, and allow to steep for 60 minutes.

In a large mixing bowl, whisk in sugar, cardamom, cinnamon, nutmeg, ginger, and allspice. Add the saffron-steeped milk, until you get a distinct saffron flavor. I used it all though Tara used only about a teaspoon.

Cover the yogurt and refrigerate for up to 1 day.

Preheat oven to 325 degrees F. Place coconut, almonds, and pistachios on a parchment-lined baking sheet. Toast toppings for 5 to 7 minutes, until fragrant. 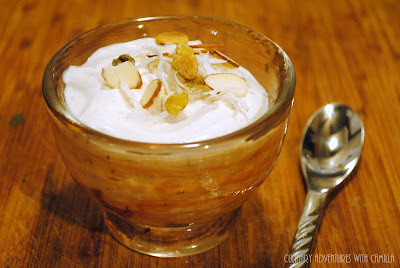