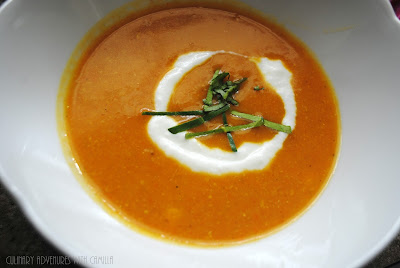 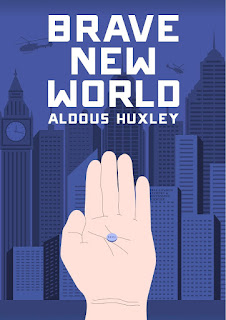 O wonder!
How many godly creatures are there here!
How beauteous mankind is! O brave new world,
That has such people in't.

The irony: Miranda, who was raised on an isolated island, is praising men not acting in godly manner at all. Huxley uses the same irony when the "savage" John refers to what he sees as a "brave new world."

It's been a long time since I've picked up either of those books. I might have to revisit them soon. 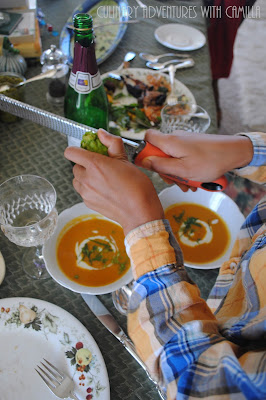 This pumpkin soup has a Southeast Asian flair with the addition of coconut cream, fresh lemongrass, and Kaffir limes. Click to read about Kaffir limes. 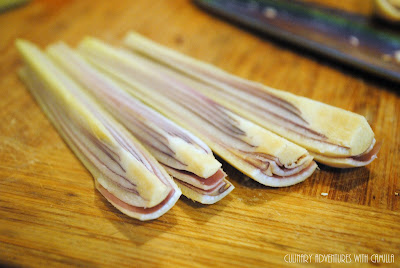 Preheat oven to 400 degrees F. Slice pumpkins in half from top to bottom and scoop out the seeds. Drizzle the halves with olive oil and lay them, cut side down, on a parchment-lined baking sheet. Roast them till they are soft to the touch; the length of time depends on the size of the pumpkins. Mine took about 75 minutes. Set aside until cool enough to touch. 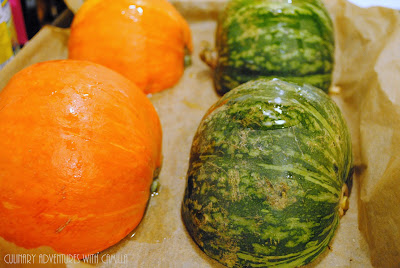 Scoop out the puree and set aside. 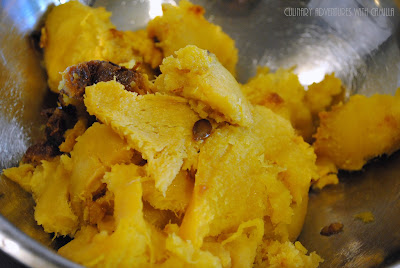 Saute leeks and lemongrass in a splash of olive oil in a large soup pot. Add the pumpkin puree, carrots, corn, and stock. Bring to a boil and cover. Simmer the soup for 20 minutes, or until the carrots are tender. Add the coconut milk and ginger syrup. Simmer for another 15 minutes. In batches, puree the soup in a blender until smooth. Return the soup to the pot, add in coconut cream, and season to taste. Bring back up to a simmer to heat through. To serve, garnish with a swirl of plain yogurt, Kaffir lime leaves, and Kaffir lime zest.