By Camilla M. Mann November 21, 2015
It must be funky citrus season. This week I finally saw Buddha's Hand Citron at Whole Foods. Woohoo. And my Kaffir limes were delivered from Beck Grove in Fallbrook, California. Beck Grove is a 100% organic citrus grove, owned and operated by Helene and Robert Beck. I order through Local Harvest. 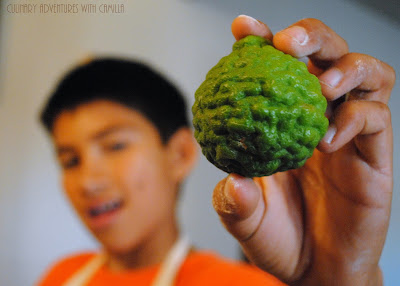 "It looks like a brain, Mommy!" It certainly does.

Kaffir lime not only looks distinctive but its aroma is so unique. I would say its a combination of lemon, lemon verbena, and lime. Its flavor, well, Jake called it a 'super citrus.' Oddly, it doesn't really taste like it smells.

Kaffir lime and its leaves are a traditional flavoring in Thai, Indian, and Indonesia cuisines. We decided to put some into our cookies of the holiday season. Recipe to come!

For now, this is what it looks like on the outside... 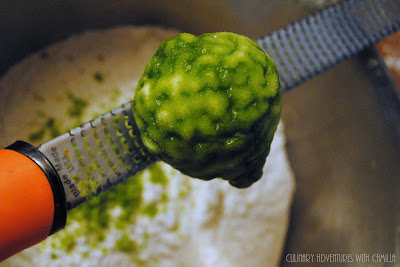 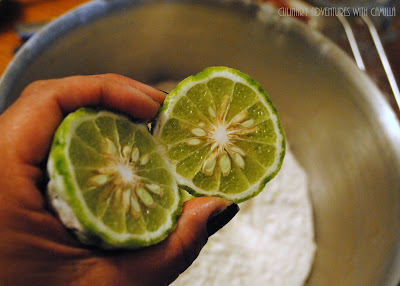 Have you ever cooked with Kaffir limes? What did you make?