And He Was Always a Precise Kitchen Elf 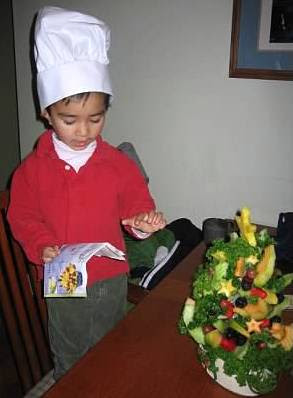 Many year ago, Nonno and Nonna didn't live less than a mile away from us. Before they retired and moved back to the Peninsula, they lived in Oklahoma. But every three months, the Nonni hopped on a plane and came to see their grandbaby boys.

On one such trip - during the holidays - Nonna saw a photo of a fruit Christmas tree in a magazine at the airport. She brought it home and suggested that I make it for R's preschool holiday party. Sure thing. He was excited. I bought mini cookie cutters, long skewers, fruit, and off we went on our fruit Christmas tree adventure. 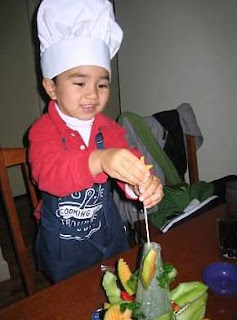 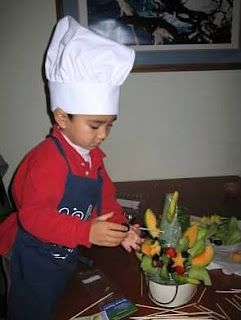 ...until we had this. I was pretty proud of it. 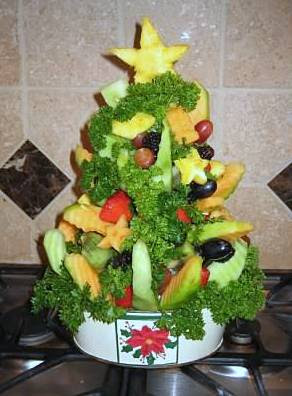 But he pulled out the magazine and began to compare. 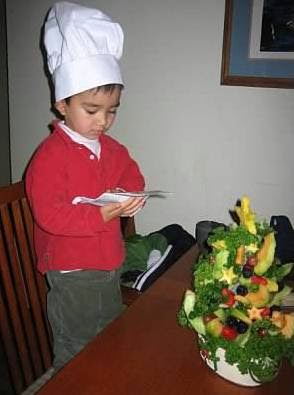 And he realized: one of these things is not like the other. 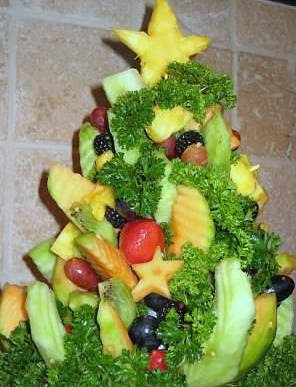 Mommy, he said, you did it wrong. The stars are supposed to be red! 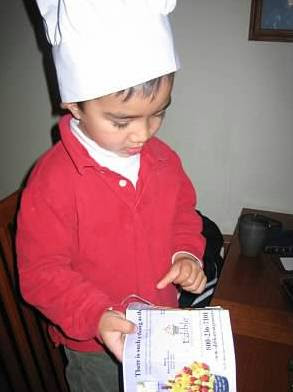 We had a conversation about watermelon not being in season - that I could only find a cantaloupe. We talked about photos such as that being mere suggestions or inspiration - that what we made didn't have to look exactly like it.

But he didn't budge. You did it wrong! he insisted. And that was when I should have realized that he and I have very different styles in the kitchen. Even way back then, he was The PRECISE Kitchen Elf.