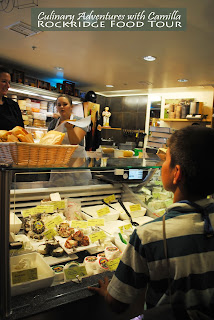 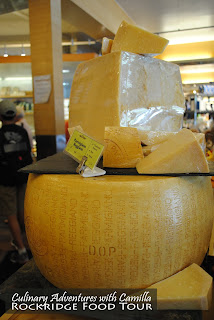 We love cheese. It's not just a summer fling. It's a persistent, passionate affair. So, when I saw the Market Hall was on the Rockridge Food Tour, we were more than a little excited. My Enthusiastic Kitchen Elf, who adores cheese almost as much as I do, squealed, "Do you think they'll let me try some bleu cheeses?" I'm sure you can, I assured him

Market Hall is Rockridge's version of a French marché. Like European markets, it's a veritable feast for the senses. Things are open and aromas waft through the air. It's colorful and chaotic very unlike our staid American markets. I love it! You can get libations from Paul Marcus Wines, beans from Highwire Coffee Roasters, fresh seafood from Hapuku Fish Market, and so much more. But our stop - for the tour - was the Pasta Shop. Pasta and cheese. You know we were in culinary bliss.

Cheesemonger Jane Lyon spoke to us and had us try several different cheeses. Lyon was one of the top ten finalists of The Cheesemonger Invitational in San Francisco. She described the competition and spoke passionately about cheese. She was impressive. 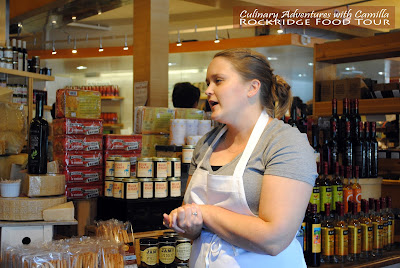 After she spoke, and we sampled, we were free to roam the market. The Enthusiastic Kitchen Elf and I made our way to Lyon's counter and tried several different bleus and all three of the feta cheeses they offered. It was jarring to see how different the French feta was in comparison to the Bulgarian feta and to the Greek. One was more citrusy; one was more sharp. All were delicious, but we couldn't decide on a favorite. That just means we'll have to go back and try them all over again. 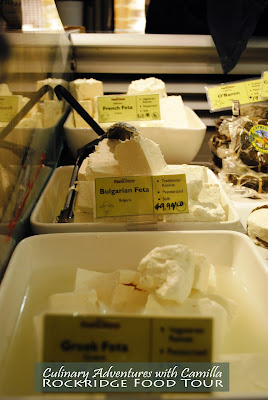 We also tried two different camemberts. I love that stinky creaminess! I'll be looking at our calendar to plan another family field trip to Market Hall. Who's in? 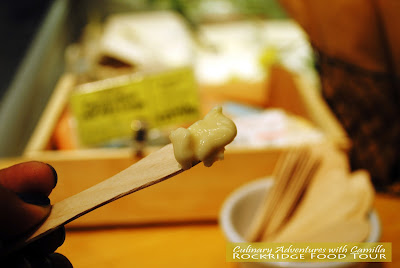