By Camilla M. Mann February 08, 2015
I am notorious for never making the same thing twice. So, during a dinner party during the holidays a few close friends were talking about some of our dinner party highlights over the years and one dish bubbled to the top as the most unforgettable dish I've ever made. 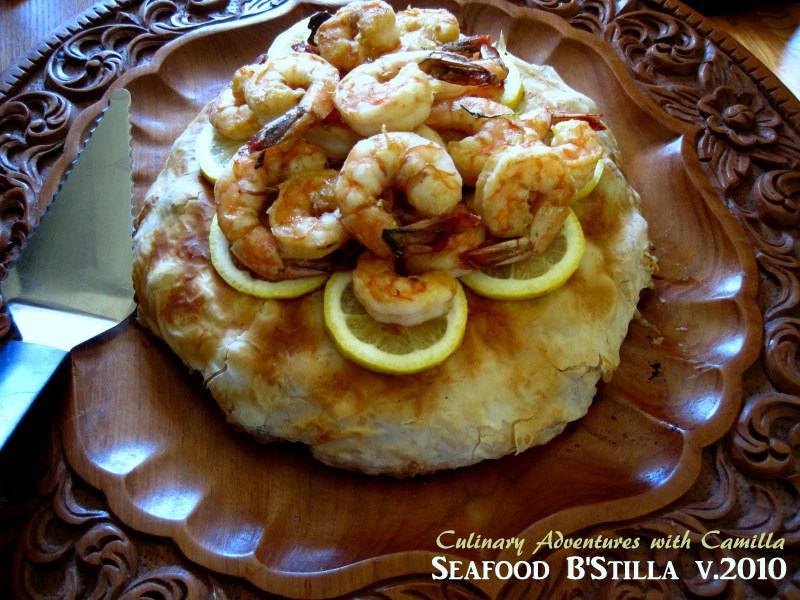 So, I promised that I would re-do the seafood pie during 2015. At. Some. Point. That gave me through December 2015 to make it. But, not one to procrastinate on my cooking obligations, I opted to get it done in the beginning of the year.

The Menu...while I did serve other dishes, this was the only thing that mattered to them. 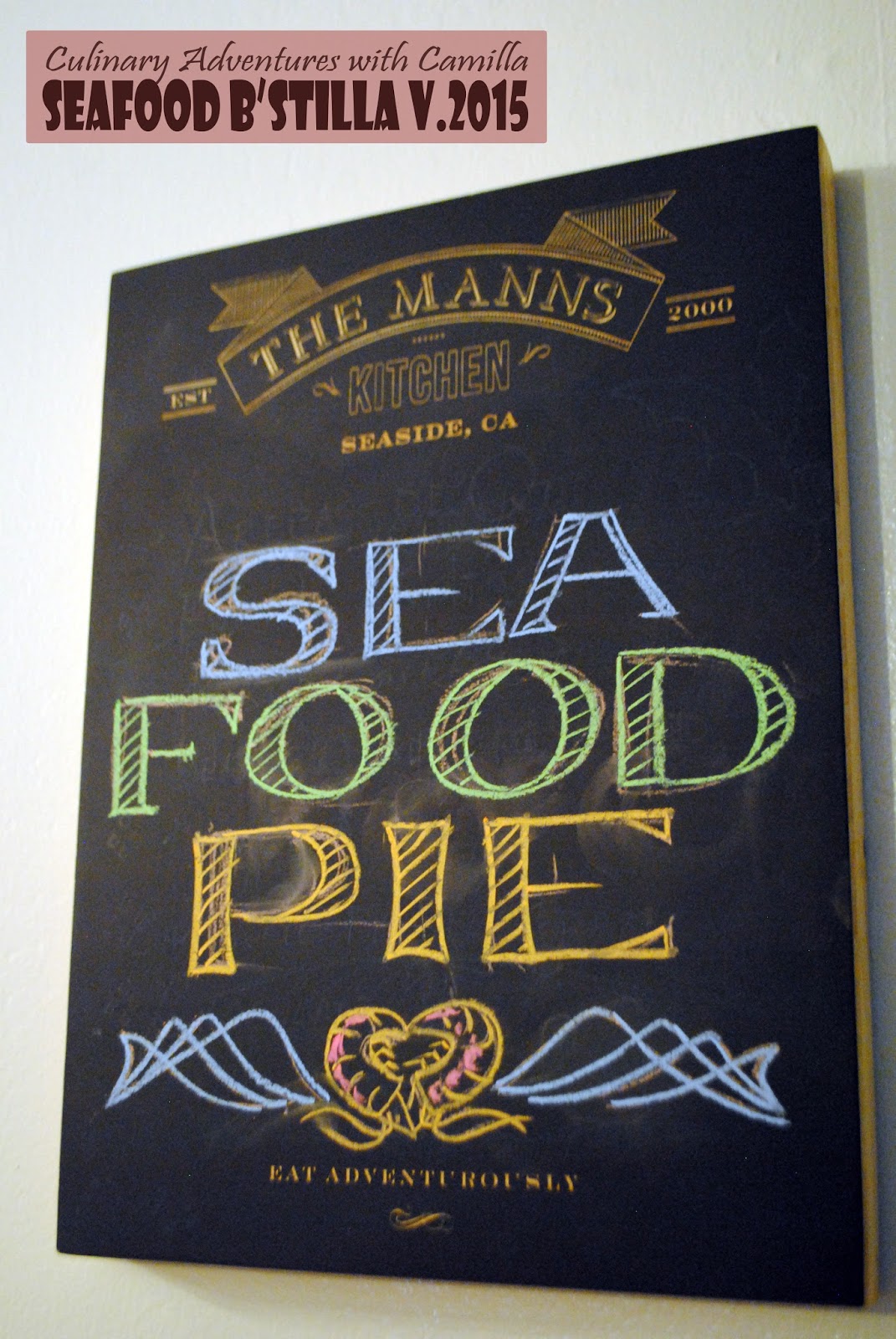 The Seafood Pie Vultures...I'm not saying who, but two of these guys actually tried to lock the other one out of the house to keep the pie to themselves. 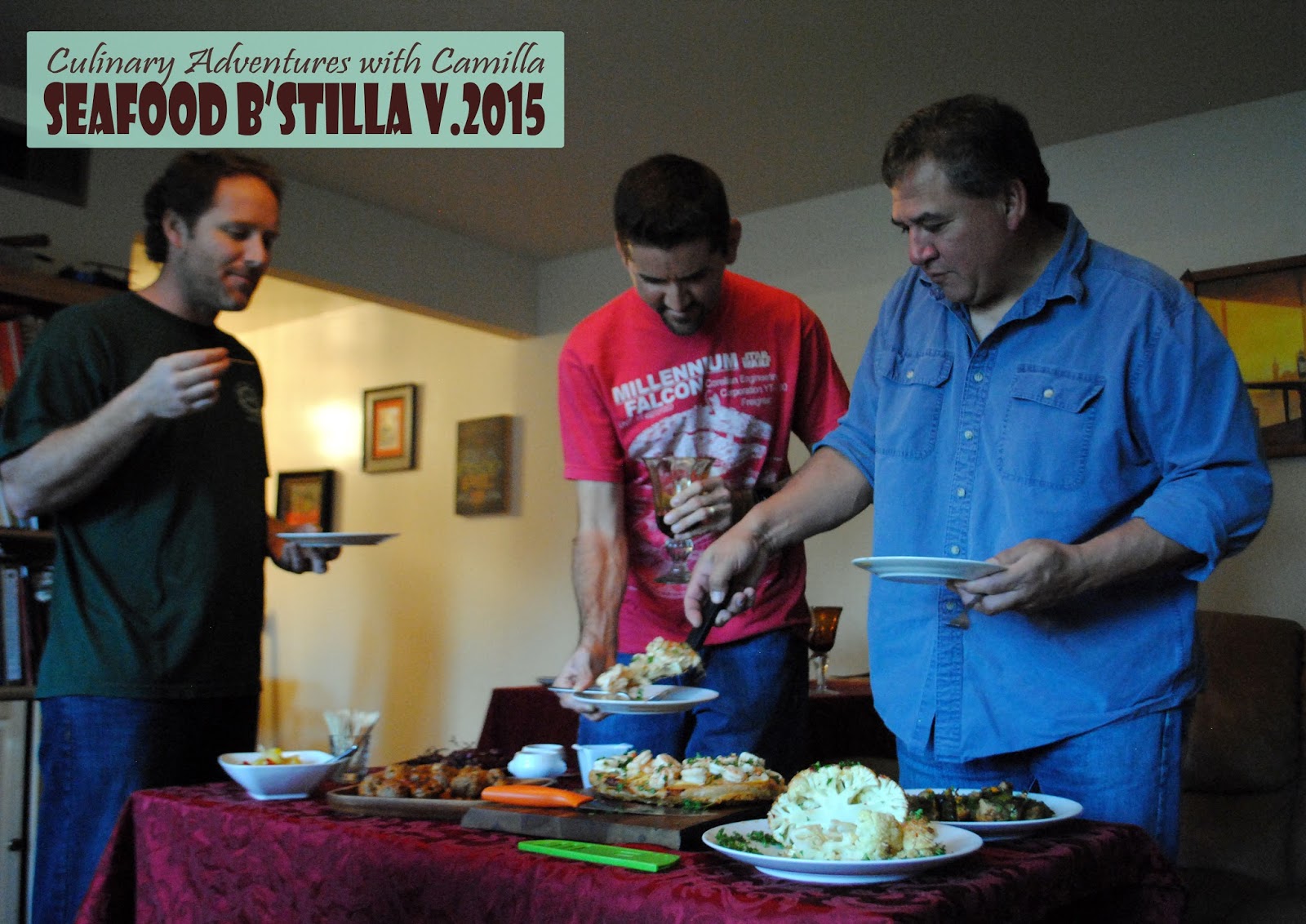 And the Seafood Pie...I actually made two pies, knowing that the guys wouldn't want to share with their own kids! The kids got their own. 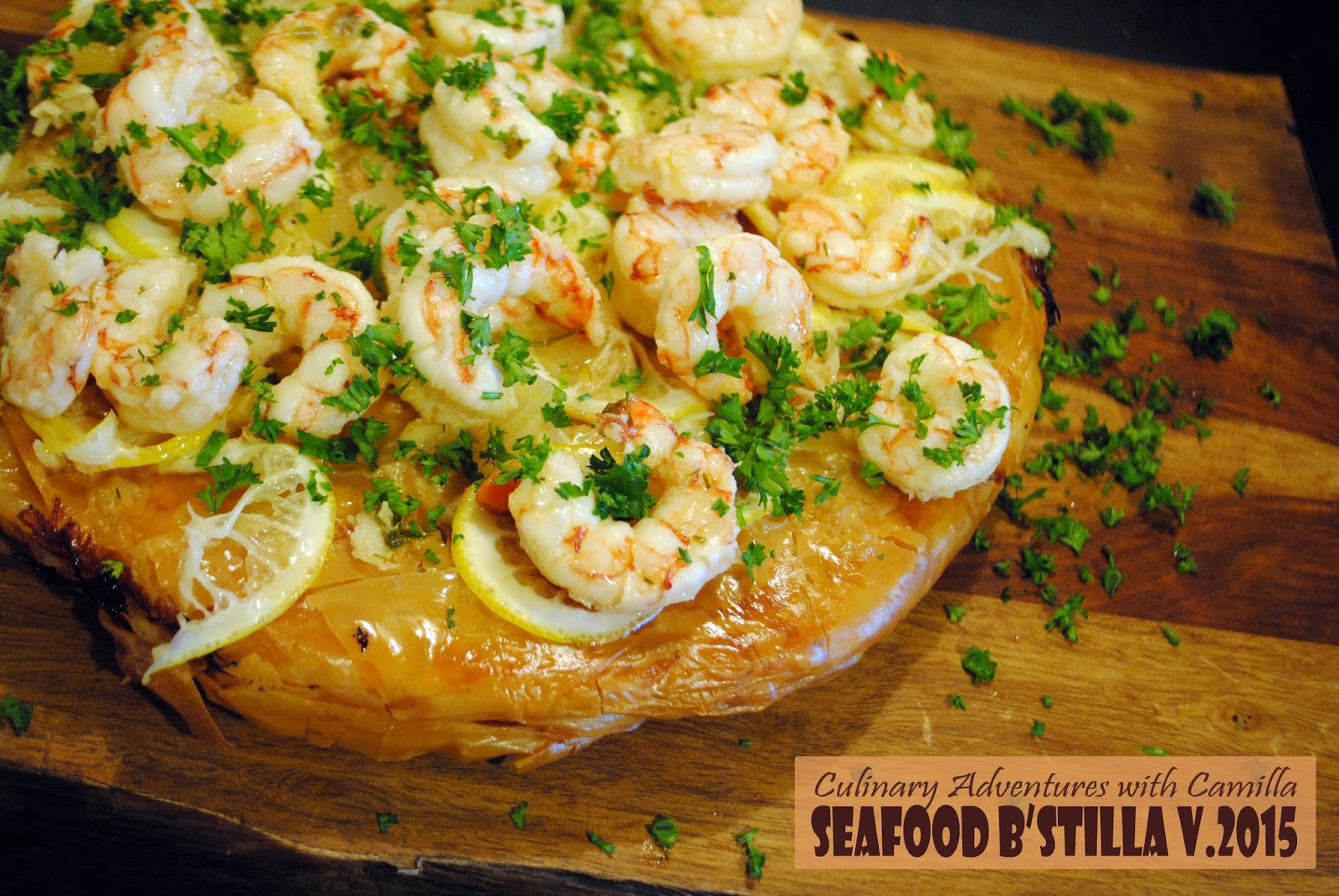 
Procedure
In a large, flat-bottom pan, melt 2 T butter with a splash of olive oil. Saute the onion and fennel until the onions are transparent and the fennel softened. Add in the seafood - minus the shrimp for garnishing - and season with lemon juice, zest, paprika, cumin, salt, and pepper.When seafood is almost cooked, fold in the fresh herbs.