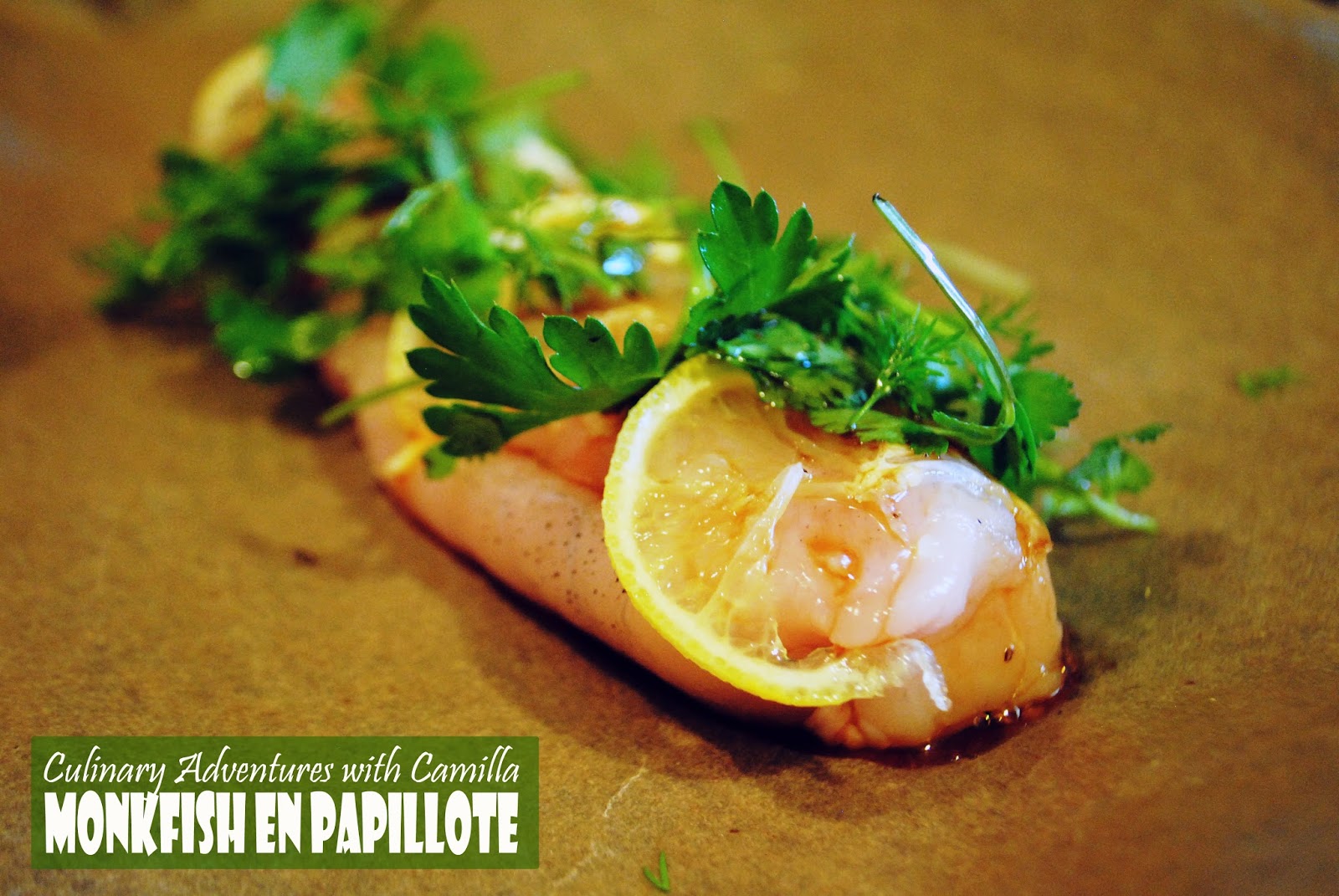 I had never heard of monkfish till I read Confessions of a Culinary Diva's most recent #winePW post: Boulud and Bubbles. Though her dish wasn't a complete success, I was intrigued by her characterization of it as 'poor man's lobster.' I just had to try it. Additionally, monkfish is listed as a good alternative on Monterey Bay Aquarium's Seafood Watch. So, when I saw some at the fish  market, I scooped up four pieces for lunch. 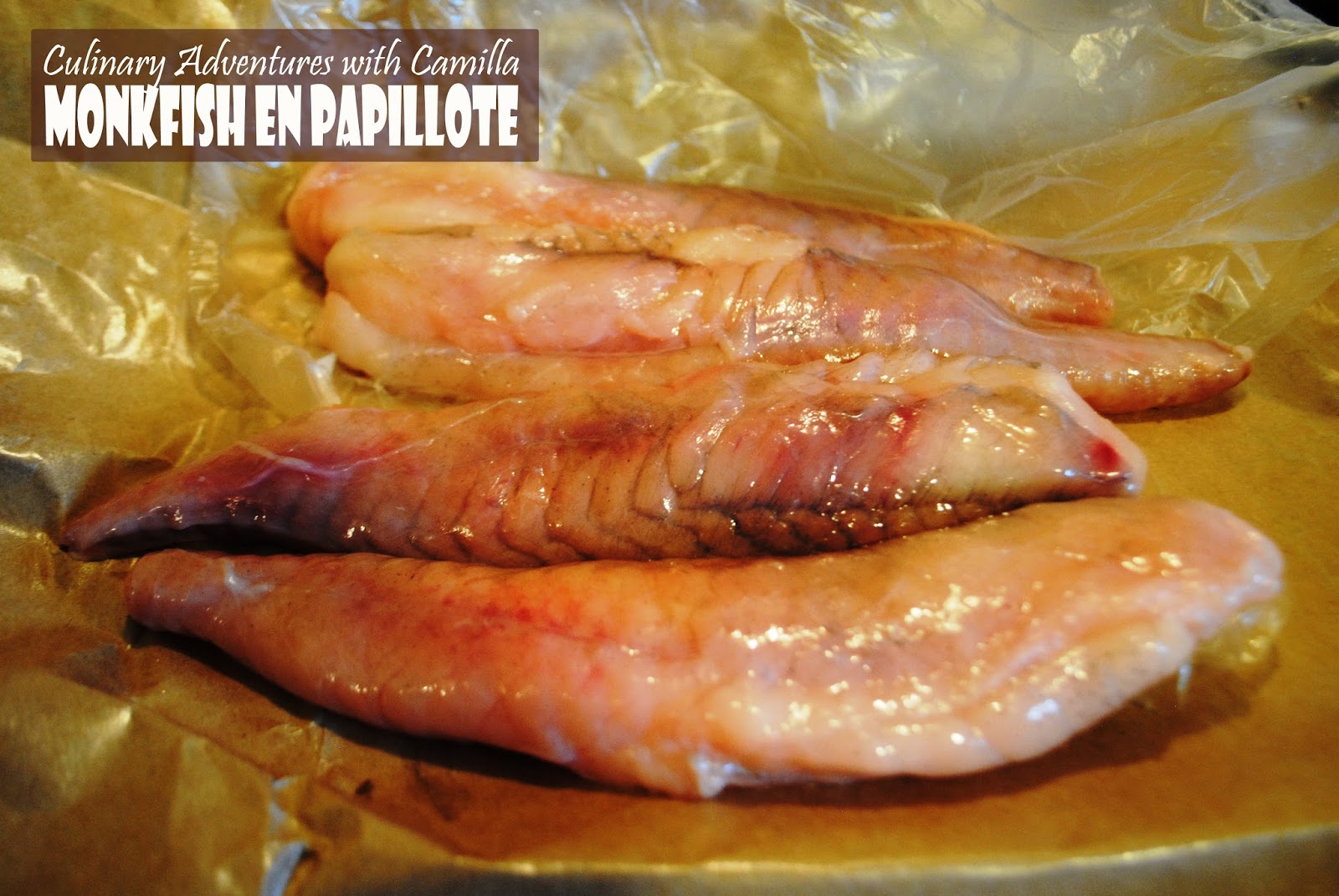 En papillote is a method of cooking that involves making an envelope out of parchment paper and roasting the fish in the package. I love it! The steam produced in the packet keeps the fish moist, and it's a fun presentation to open the fish packet at the table. 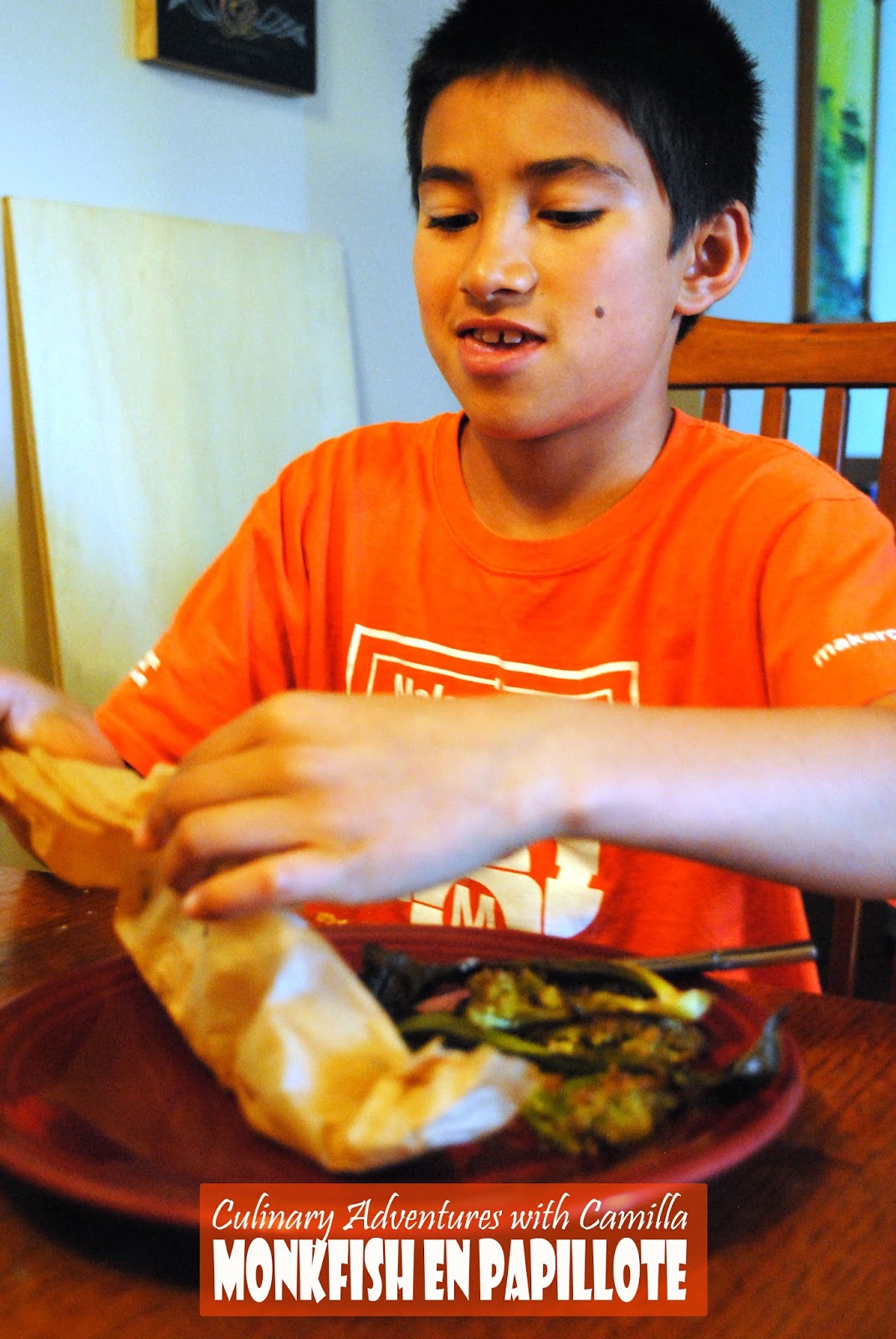 Procedure
Preheat the oven to 400 degrees F. Lay one filet on a piece of parchment paper, approximately 12" square - or enough that you can completely envelop your filet and create a parchment packet.

Bring the sides of the parchment up around the filet and fold the edges together, rolling it down to the fish. Crimp the ends together, folding them in till fish is enclosed. Place the packets on a baking sheet. 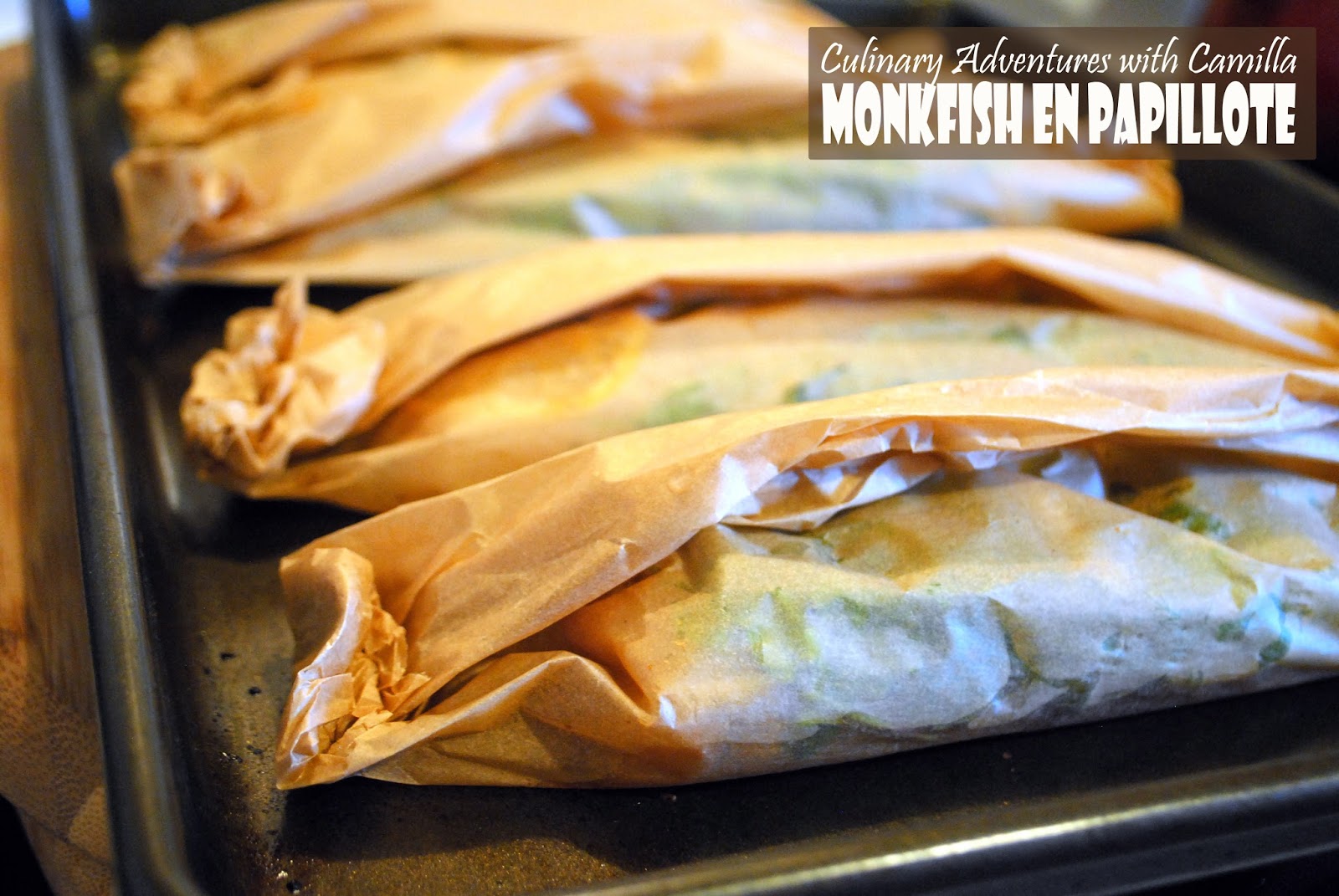 Roast for 25 minutes. Remove pan from the oven and let steam for another five minutes. Serve the packets on a plate and let each diner open his or her own. 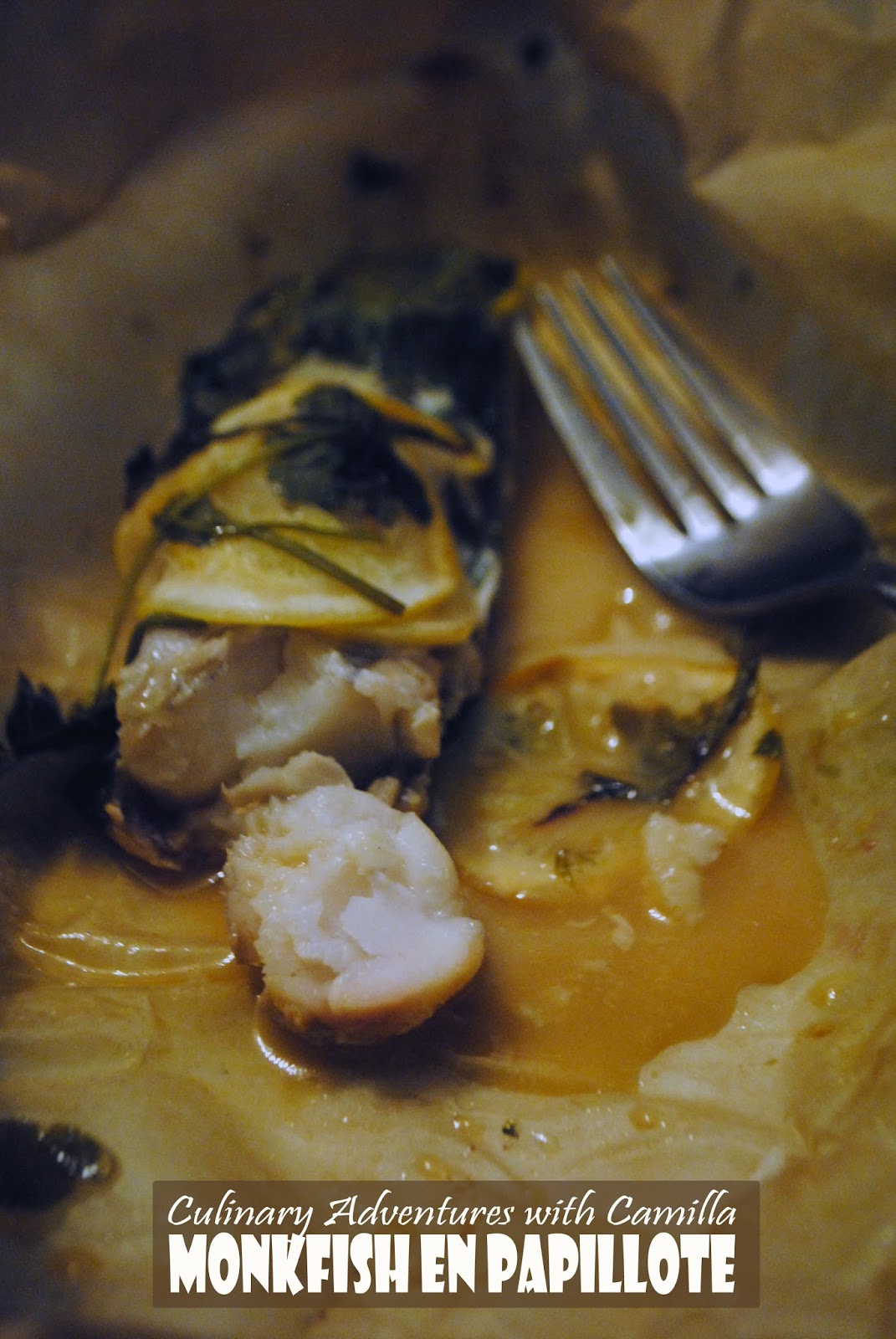