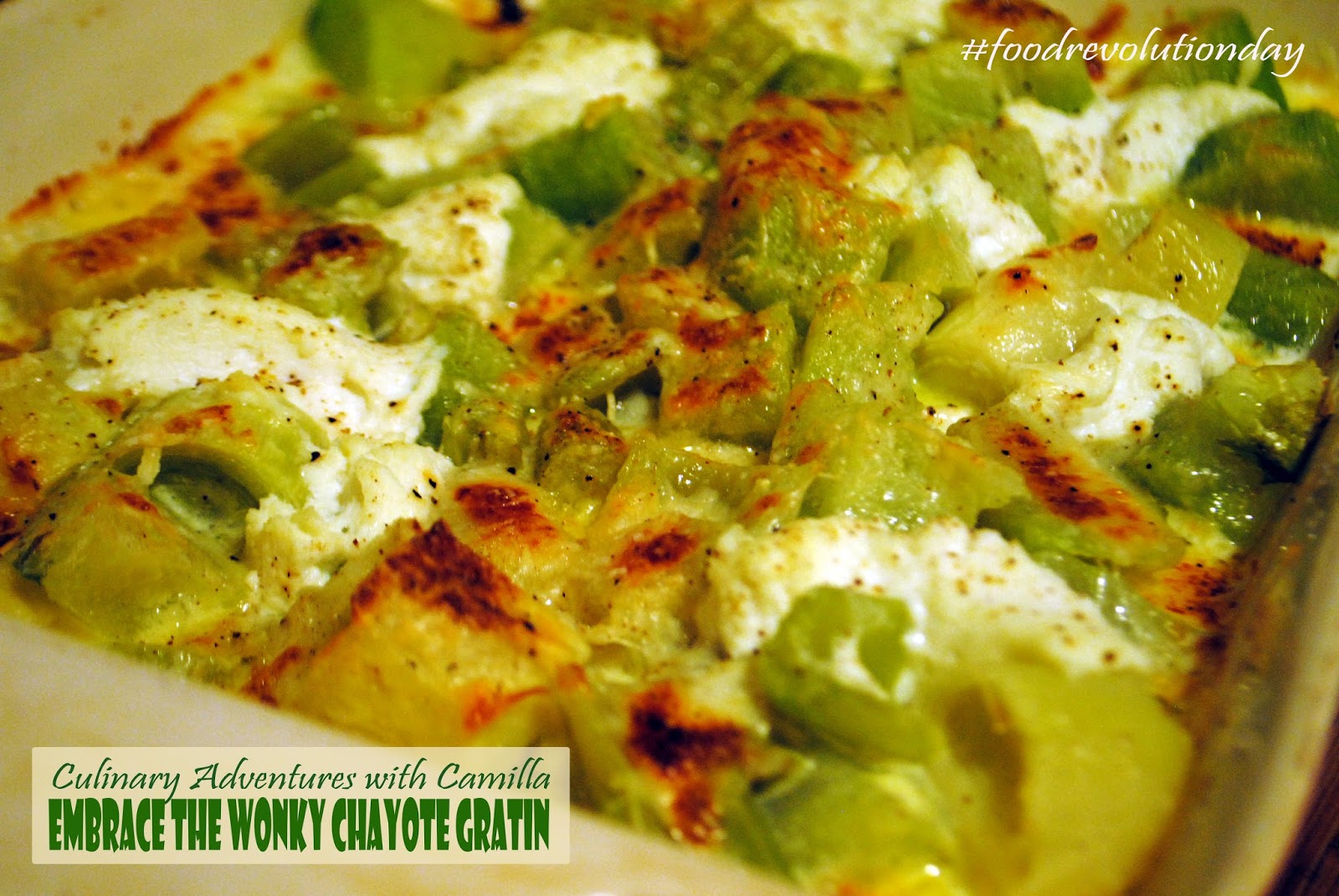 One of February challenges for the Jamie Oliver Food Revolution Ambassadors (I'm the Monterey #FRD2014 rep!) is to... 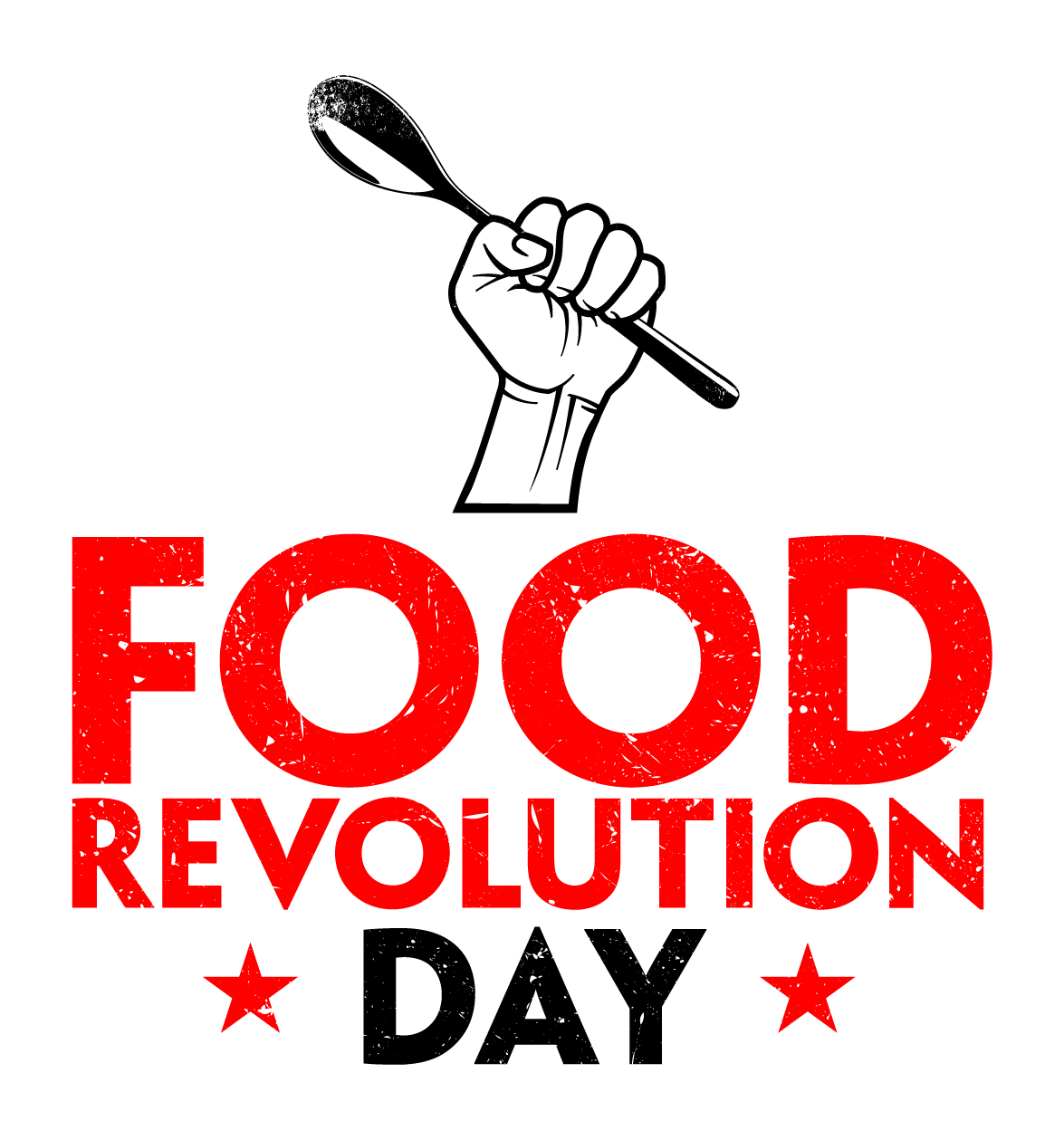 So, I'm going with the first definition, not the second or third. The whole point is that they are not faulty, right? So, we're embracing the crooked vegetables...the fruits and vegetables that aren't picture perfect. Easy enough.

Here's an excerpt from a post I wrote in 2013 about choosing ugly tomatoes (I Choose Ugly!). Same idea.

"Ugly tomatoes are not the perfectly round, perfectly red specimens that you can find in almost every grocery store. They are not smooth; they often have fluting and they might have cracks. So long as the flutes and cracks haven't allowed rotting, they are perfectly fine to eat. They are not bright red all over; they have color variations, including flecking, zebraing, and more. One more thing that they are not - and this is the most important point - they are not tasteless." 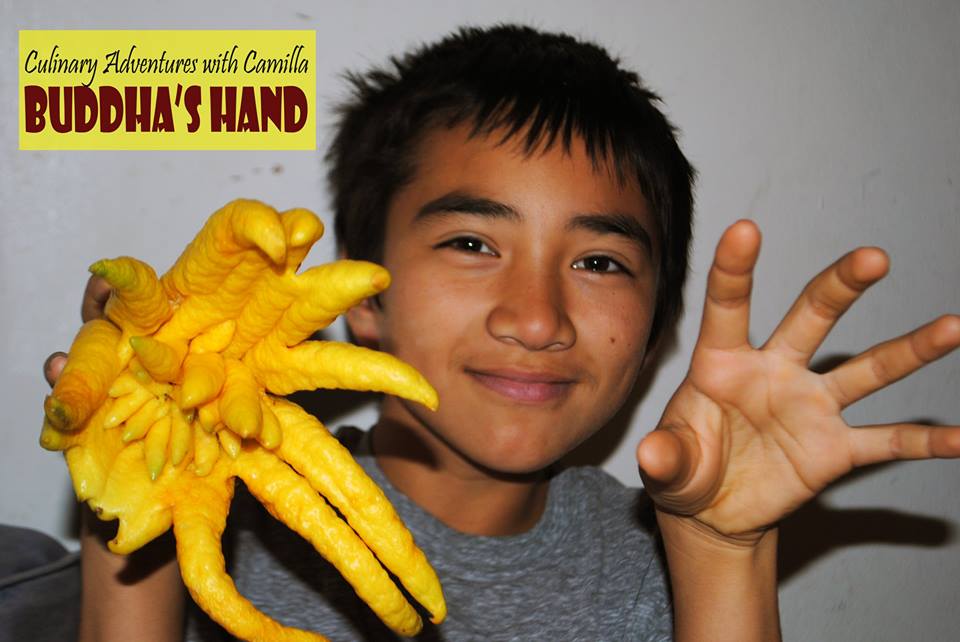 As a general rule, my family doesn't shy away from the ugly, or the wonky. I mean, check out my post about Buddha's Hand Citron.

In our minds, the uglier, the better. They have so much character, I use them as dining table centerpieces before we eat them. 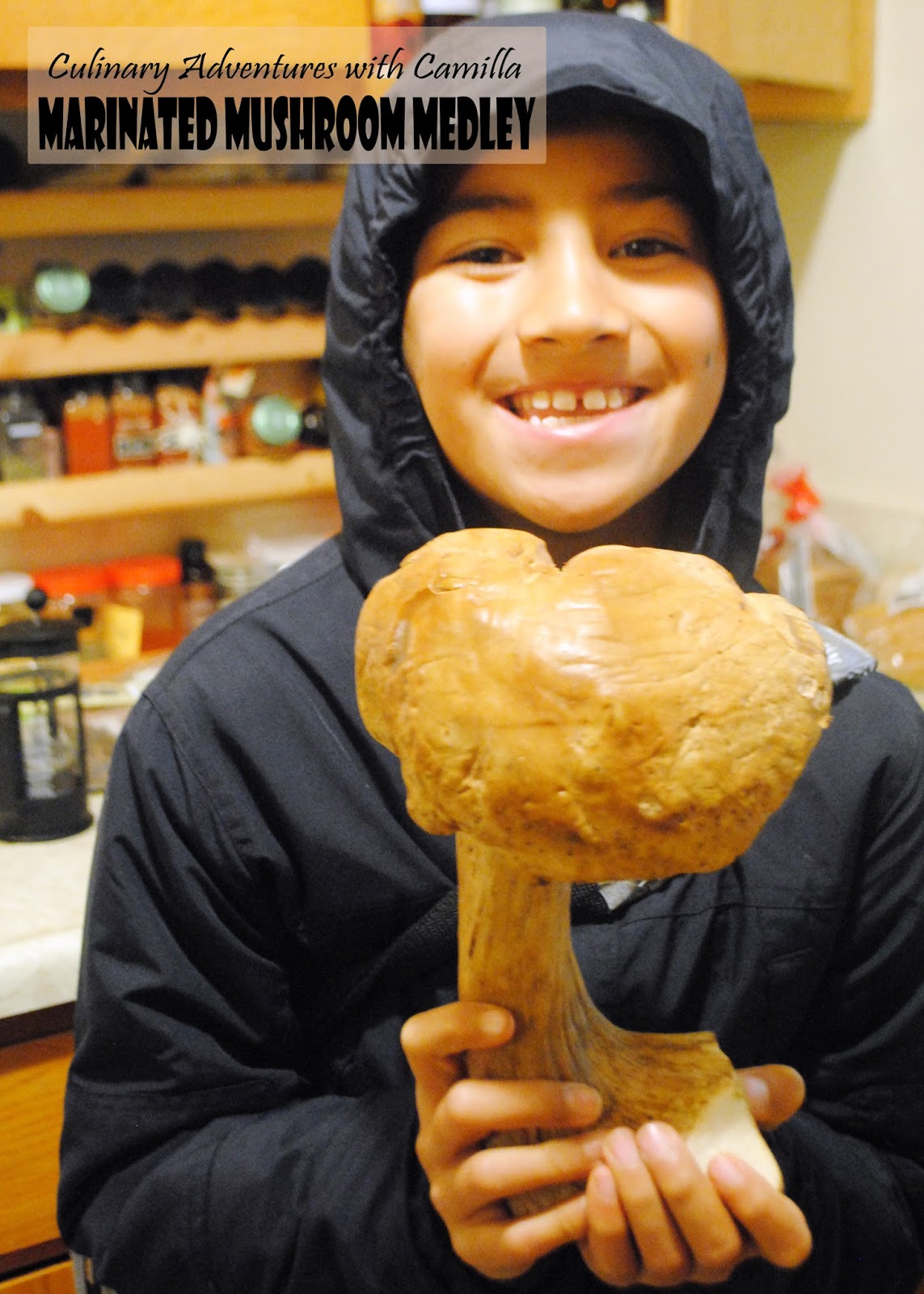 But I realize now that it's a bigger issue of these fruits and vegetables not even making it to the markets. Yikes. They taste just fine. What a waste of perfectly good food!

Here's a monster porcini with a wonky stem! I'm pretty sure that when D asked me to buy one for him, he searched carefully through the basket, locating the porcini that was the most gnarled.

He called it a home for woodland gnomes...and explained to me that the twisted stem was actually more structurally sound than the straight ones.

Hmmm...I don't know if he's correct, but I happily paid for the one with the most character.

It didn't matter that it was crooked. We sliced it up and used it on our Marinated Mushroom Medley for Thanksgiving.

As for the lumpy, wonky cap, I marinated that and my husband grilled it.

As for my 'embrace the wonky' recipe, I opted to make something with the wonky, but wonderful, chayote squash my neighbor gave to me. Actually we traded. He gave me the chayote; I gave him a huge slice of my Intensely Chocolate Cake. I think I won that trade. 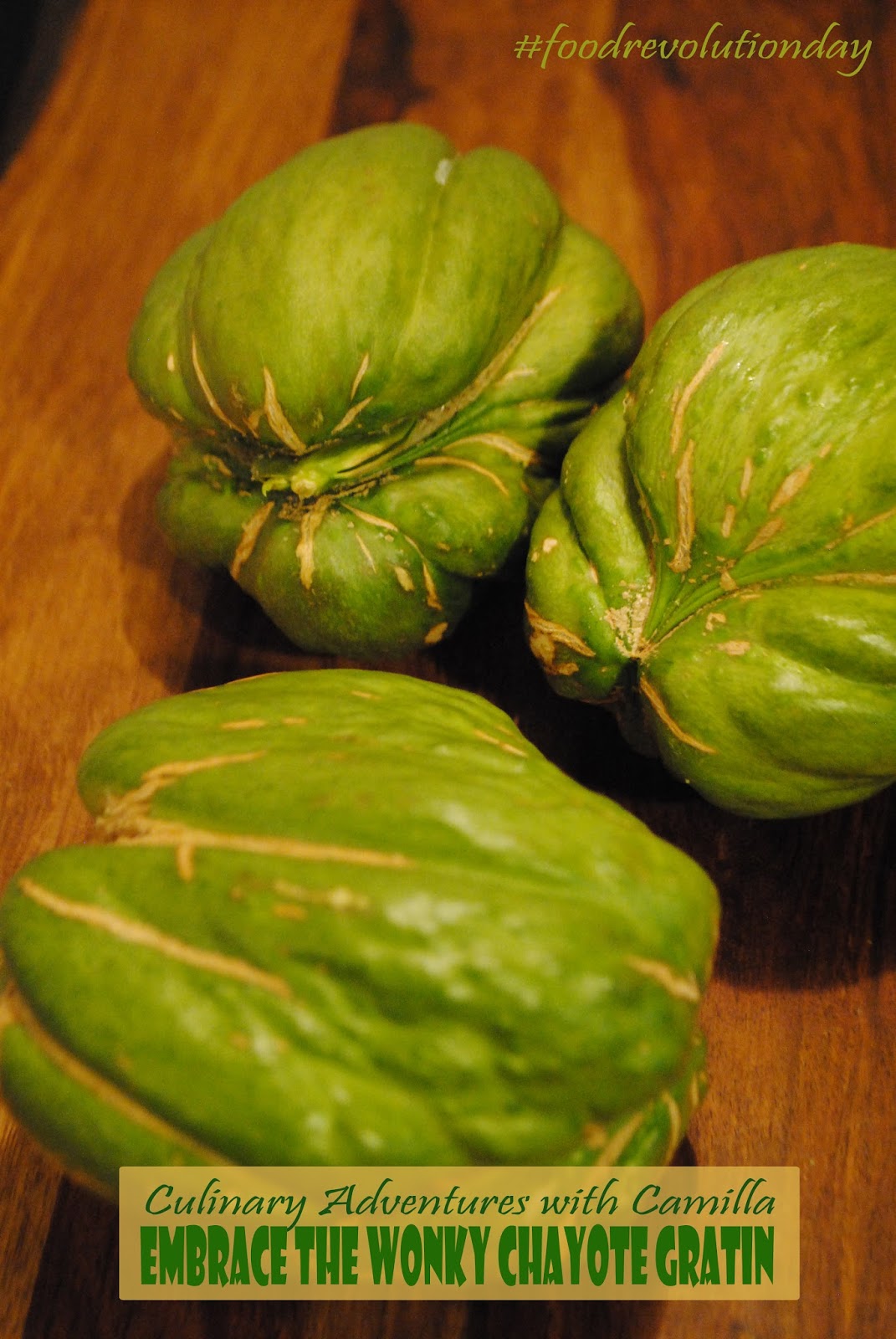 Procedure
Preheat the oven to 450 degrees F. Place the chayote, leeks, and celery in a pot. Cover the vegetables with water. Boil for 5 to 6 minutes until just fork tender.

In another medium saucepan over low heat, heat the butter, cream and havarti until bubbling. Season to taste with salt and pepper.


Drain the chayote mixture and spoon it into a rimmed baking dish. Pour the sauce over the top. Dot with ricotta and sprinkle with parmesan. 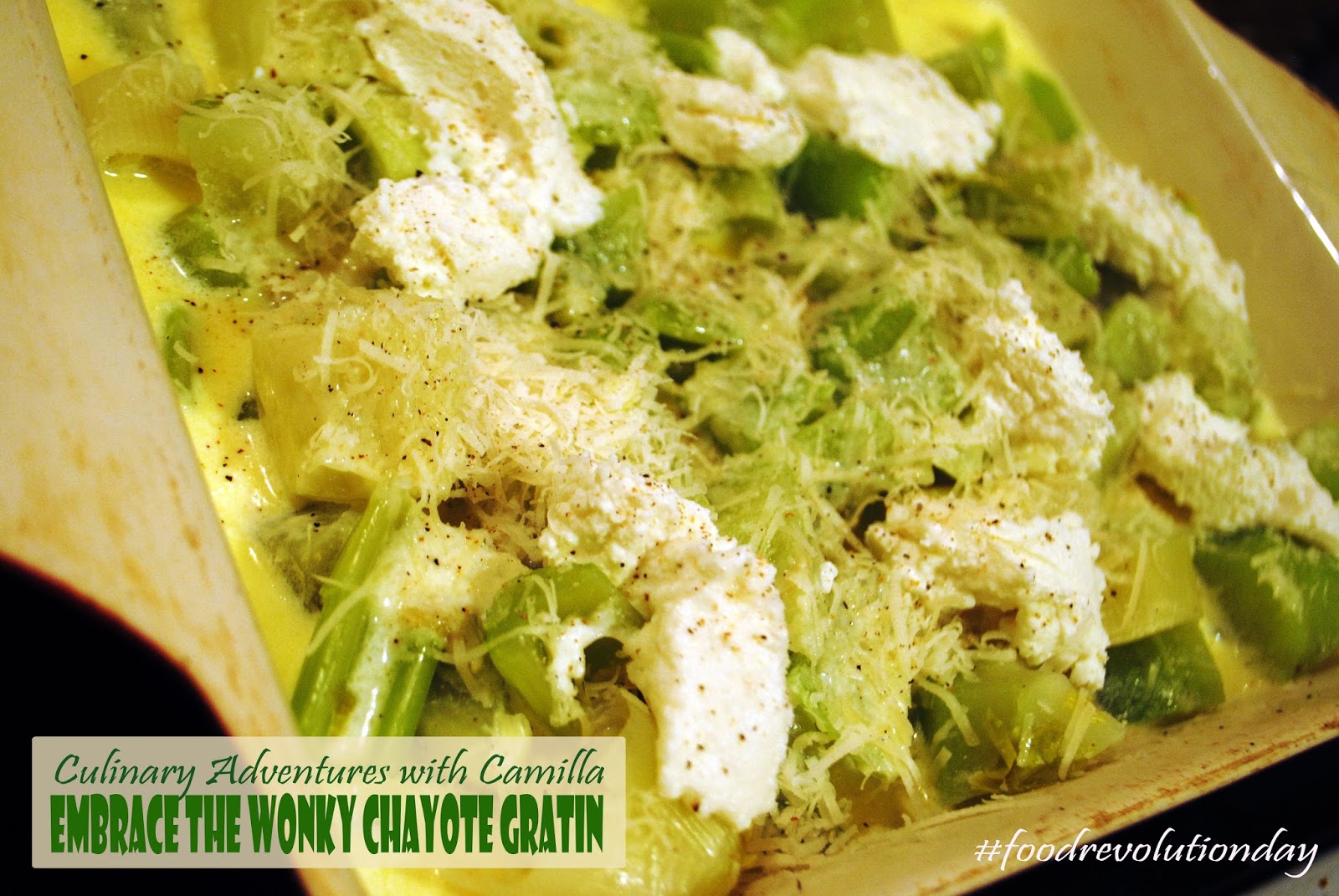 Bake in the preheated oven for 5 minutes. Increase heat to broil. Broil until surface is golden brown, 3 to 4 minutes. Serve immediately.


What do you think? Do you embrace wonky?