Toad in the Hole

By Camilla M. Mann February 25, 2015
I had some leftover sausages from the dish I was going to make for Carnevale. And I wanted to try something new (to us). I remember seeing a photo of Toad in the Hole and decided to give it a go. 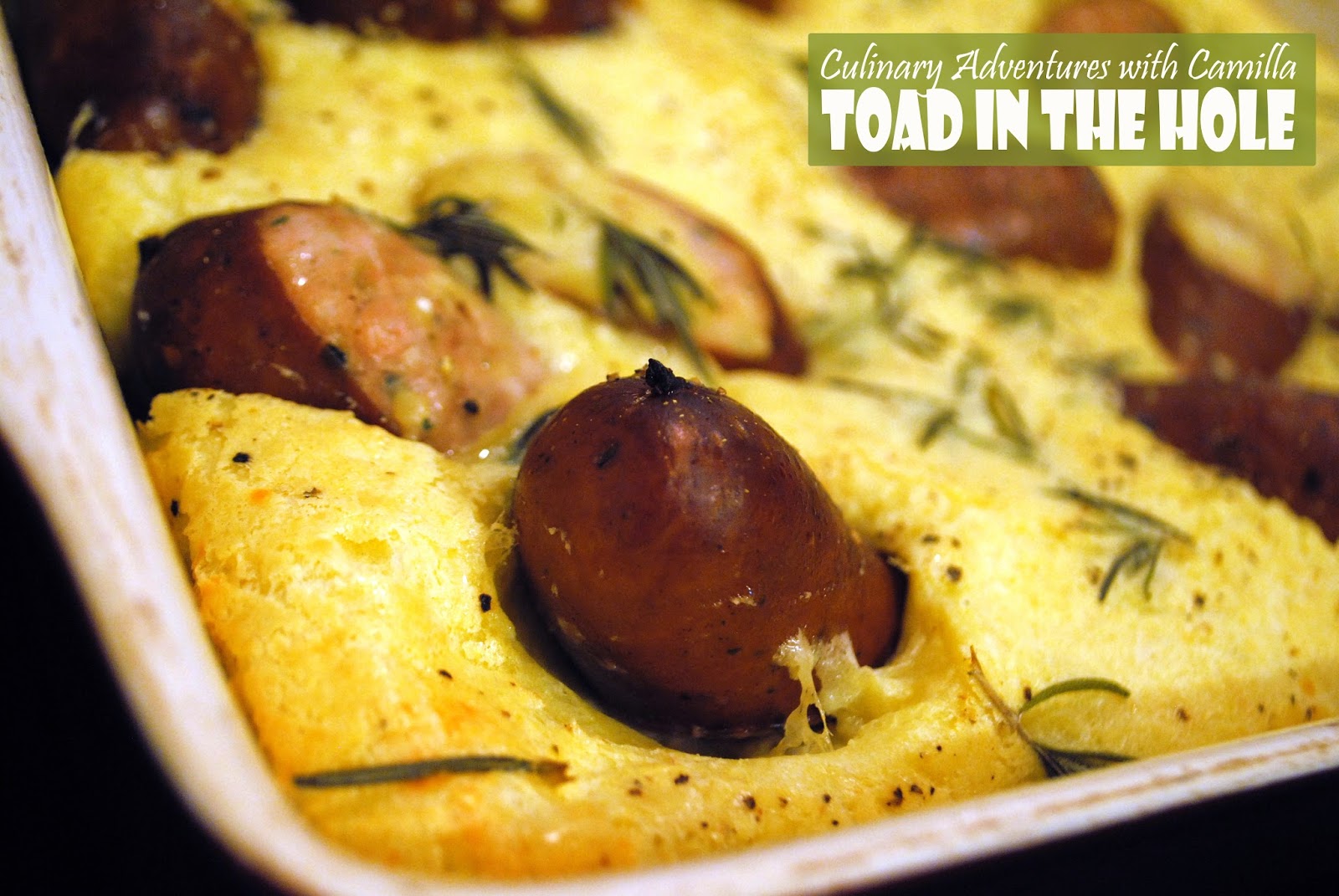 The origin on the dish's name - Toad in the Hole - is somewhat disputed. The explanation that resonates with me: it resembles a toad sticking its head out of a hole. This was a hit for seventy-five percent of the family. The Enthusiastic Kitchen Elf said: "It's too eggy - and there isn't enough flavor." But, heck, it was easy. And, for the record, I thought it had plenty of flavor. I read several different version of this recipe before coming up with this process. Note: this is my variation; it's not ultra-traditional.


Procedure
Slice sausages into thirds. Butter your baking dish - we used a 9" x 13" - and place the sausages in the dish. I stood them a few of them on their cut end so that, like a toad, they sat upright.

Preheat oven to 425° F. Whisk milk and eggs together until well-combined. Fold in the flour and whisk until there are no more lumps. Let rest for 10 minutes.

Pour batter into baking dish, around the sausages. Sprinkle with freshly ground salt and pepper. Scatter pieces of fresh rosemary over the top. Bake until golden and set, approximately 25 to 30 minutes. This is traditionally served with an onion gravy. I served it with a warm beet-kale relish.