By Camilla M. Mann February 16, 2015
The Enthusiastic Kitchen Elf wanted to bring something hearty for his class Valentine brunch. We settled on quiche. When we went to pick up ingredients, I felt his hand slip into mine...and tug gently. "Mommy, can we not put spinach in the quiche this time? I don't think that the other children like vegetables as much as we do...and last time none of the kids ate what I brought. You can put spinach in the quiche for us, though," he reassured me.

Sweet boy. In the past he seemed unfazed by his potato-kale galettes going uneaten by his classmates - it's okay...the teacher and all the adults ate it, he reported. But he obviously wasn't up for the culinary rejection this time around. So, we picked up ham and cheese. 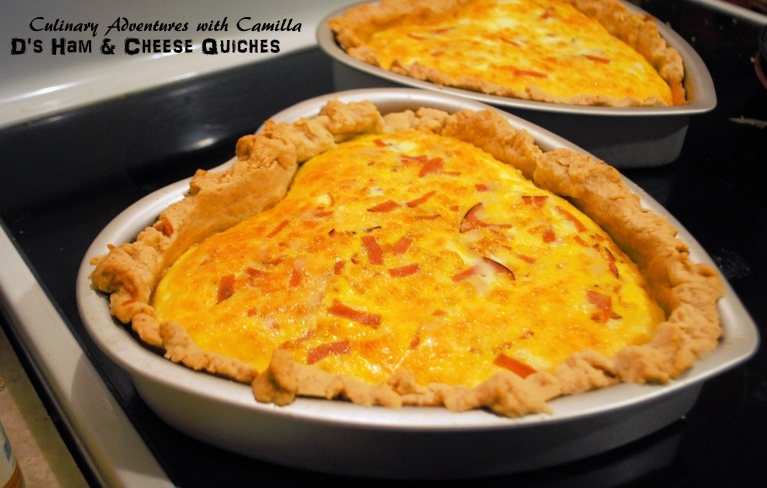 The verdict: There was not a single crumb left! And, he declared proudly, 'Some kids went back for fourths." Wow. 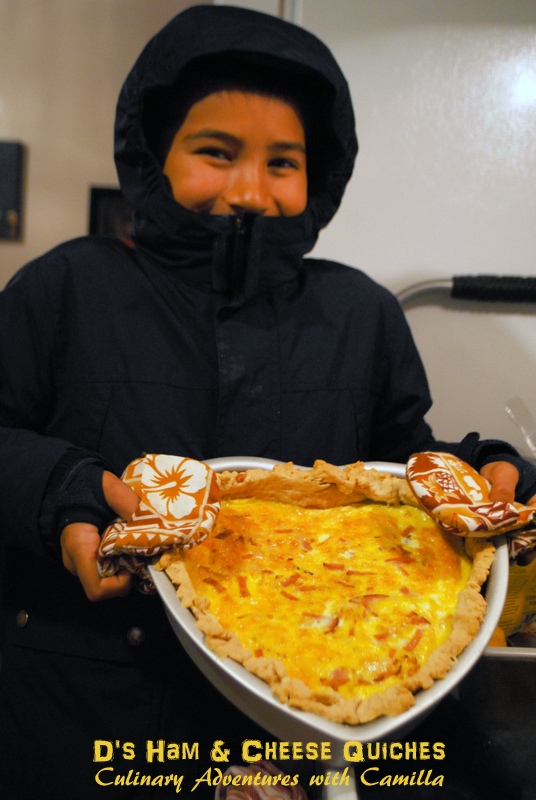 Procedure
Preheat oven to 350 degrees F. Place flour and ground almonds into a mixing bowl. Rub in butter till the mixture resembles coarse breadcrumbs. Stir in water and vodka until the mixture forms a ball. Roll the dough out between two pieces of parchment paper and place the crust into a baking pan. We used 10" heart pans for Valentines' Day! Bake for 20 minutes until golden brown.

Place ham and cheese into the crust and top with beaten egg. 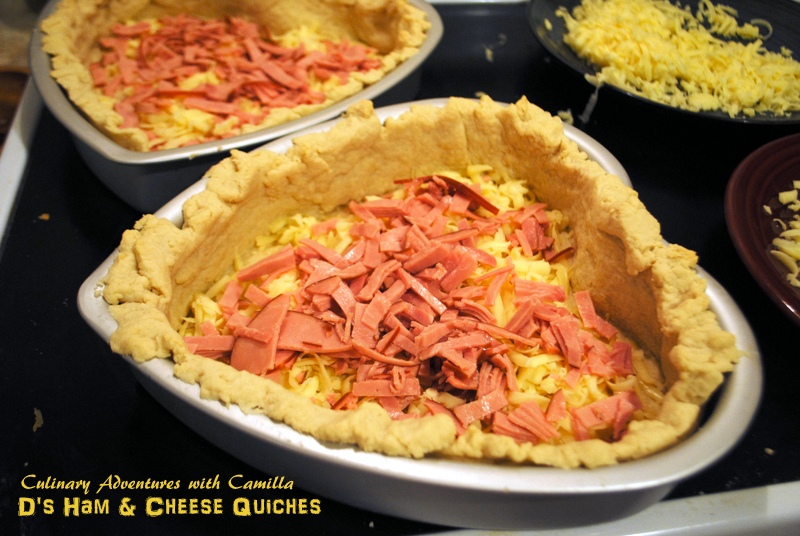 Bake till firm, approximately 45 to 50 minutes. Once cooled, remove from springform pan. They will be puffed and firm when finished. Cool slightly before slicing. These can also be served cold.