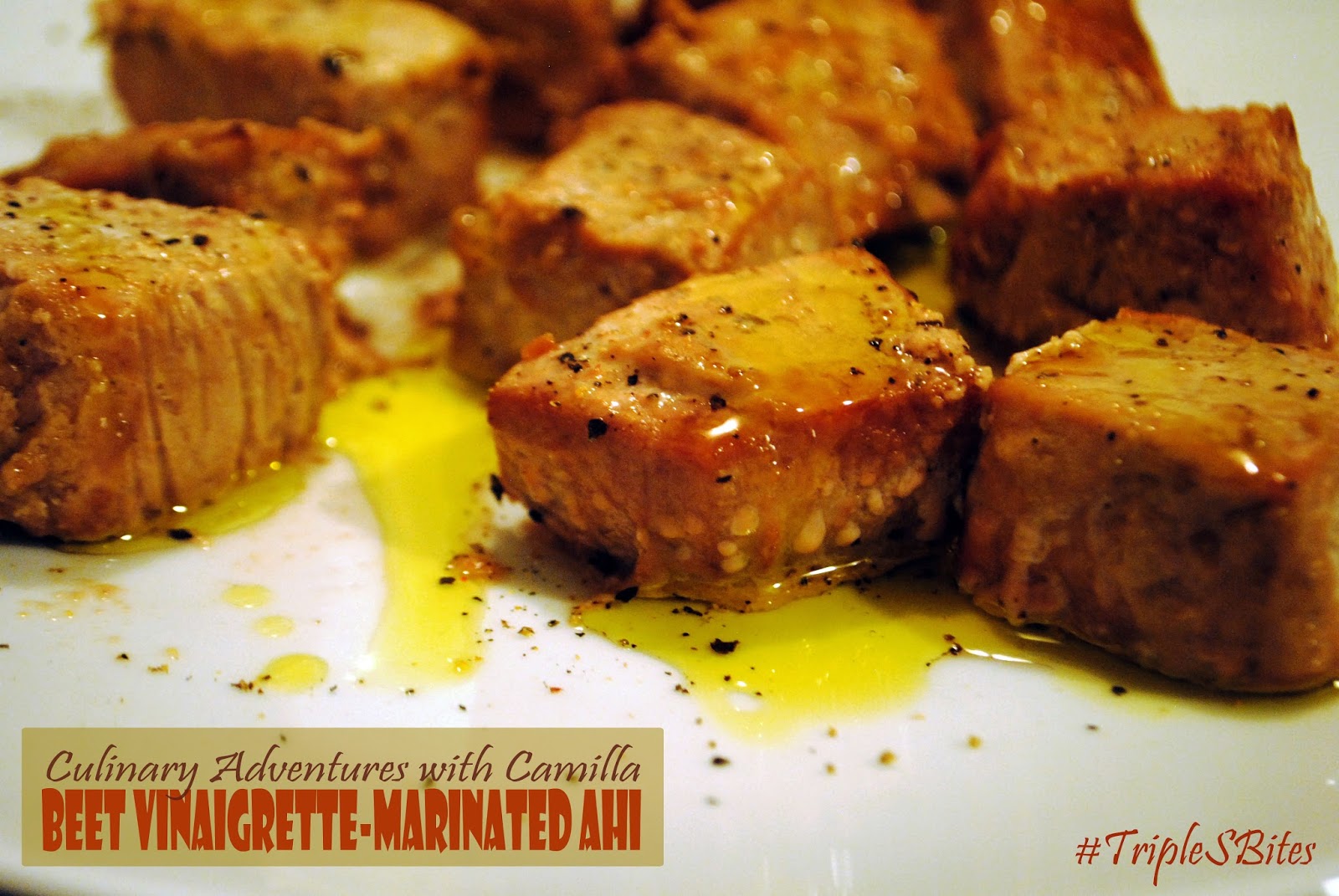 This is a virtually effortless appetizer that's as tasty as it is simple. I had planned to make my own vinaigrette as a marinade, then a bottle of beet vinaigrette arrived from one of the event sponsors Out of the Weeds and my dish was decided. It was even easier than I anticipated. Thanks, Robin.


Just for fun, here are the (purported) aphrodisiac qualities to this appetizer... 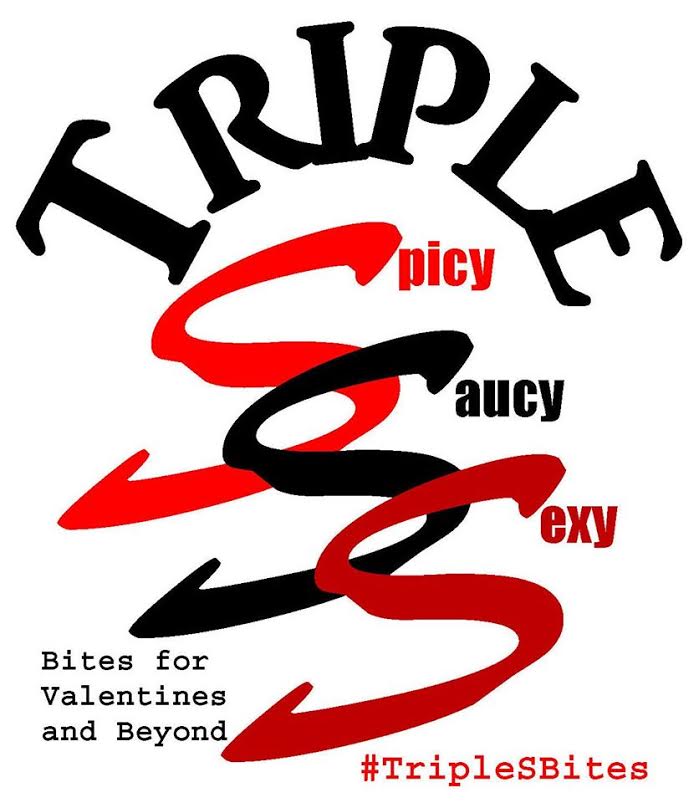 Beets: When I visited the ruins of Pompeii, I saw frescoes of beets on the wall of the brothel. In Greek mythology Aphrodite ate beets to augment her beauty. Ancient Romans believed that drinking beet juice was a love potion of sorts. But there may be some science in relation to this myth: naturally-occurring nitrates in beets can increase blood flow and beets also contain high amounts of boron, which is directly correlated to the production of sex hormones. You decide. I just love the pink color they lend to dishes.


Chocolate or Cocoa: Chocolate contains phenylethylamine, which stimulates the same hormone your body releases during sex.

Asparagus: Cultures all around the world have mentioned the aphrodisiac qualities of asparagus. The Greeks wrote of it in love poetry and the Kama Sutra advised crushing it into a paste to make a beverage. Aside from its obviously phallic shape, asparagus is also rich in calcium, vitamin E and potassium, which all might lend a dose of extra energy. 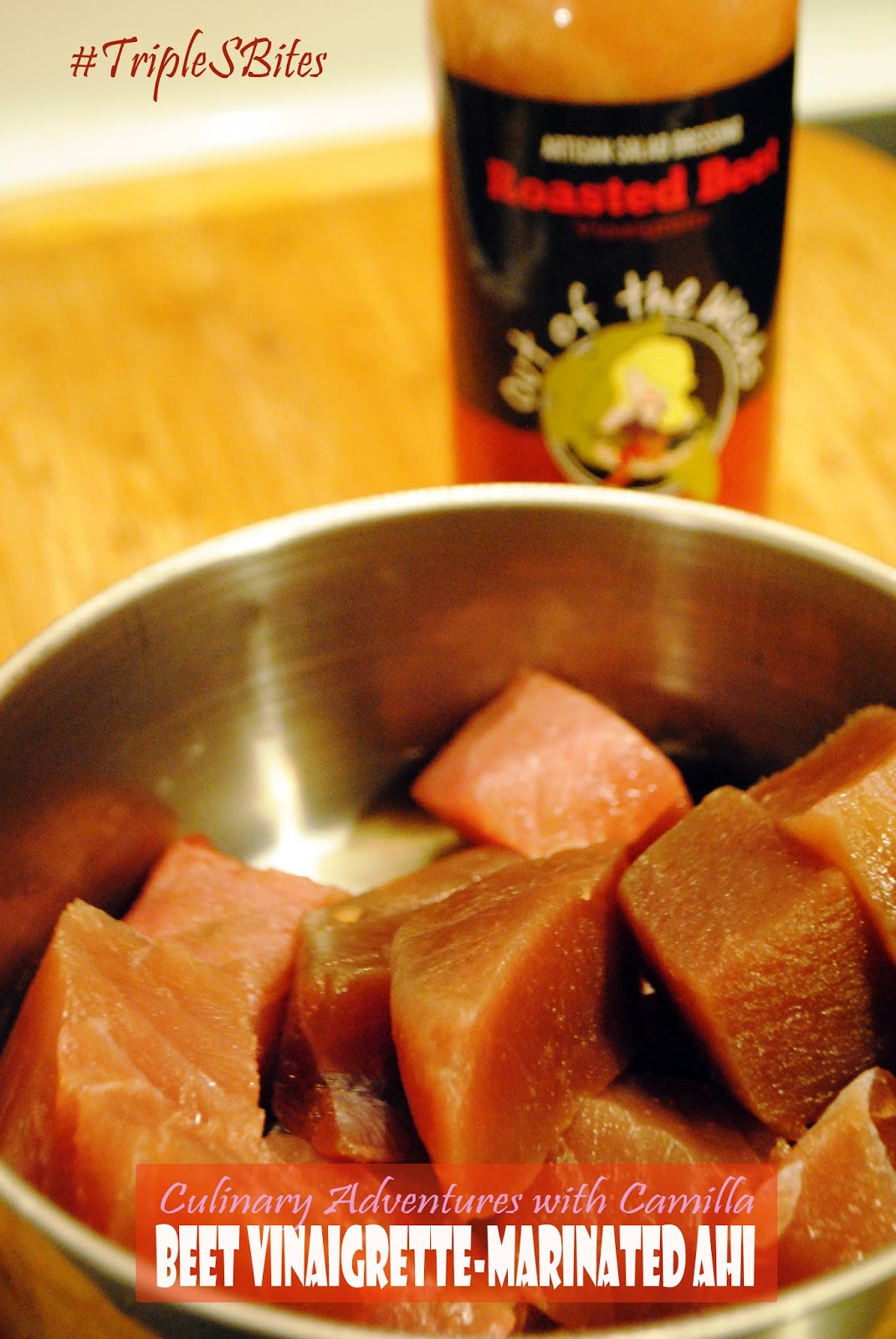 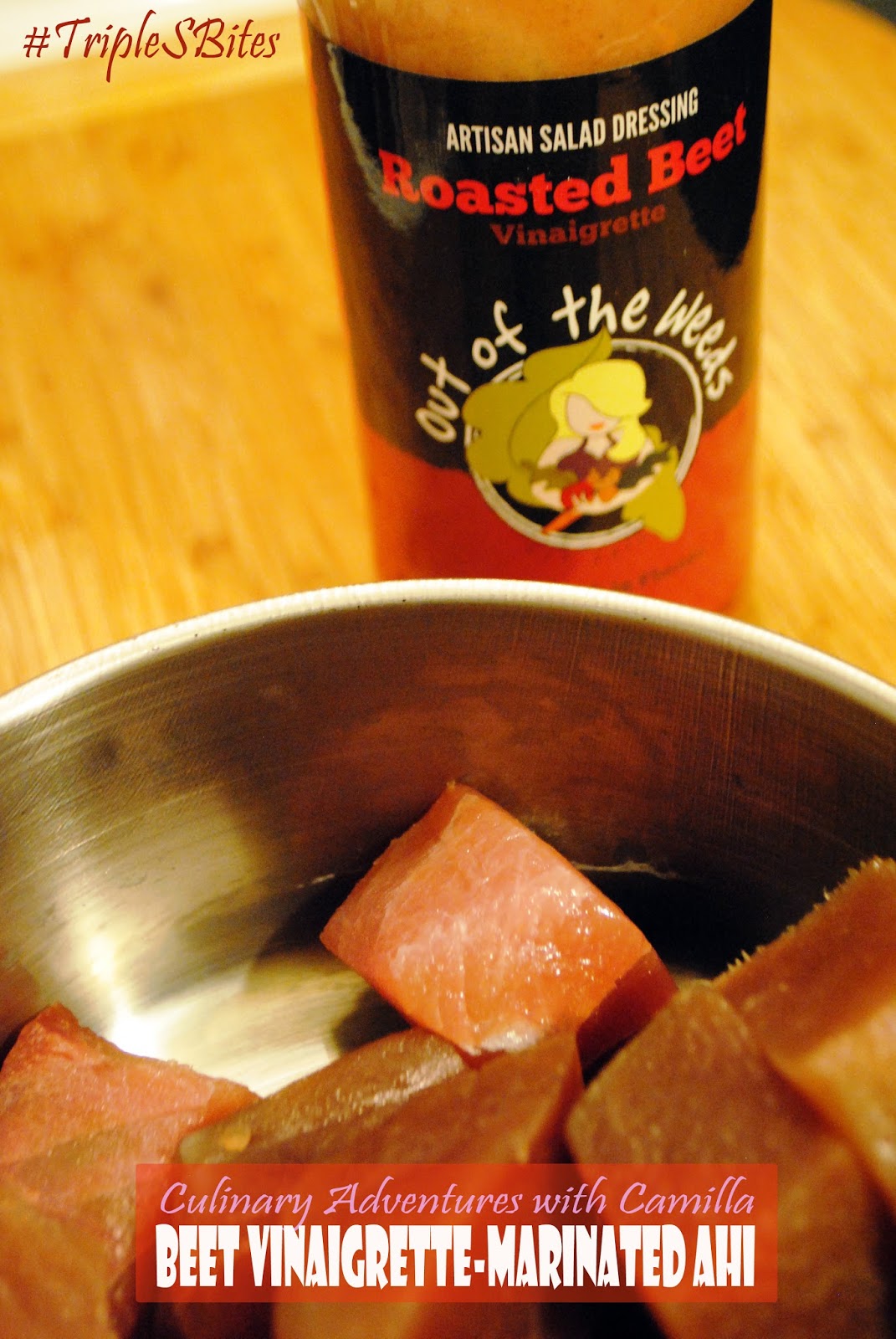 Ingredients
Procedure
Place the ahi in a small mixing bowl. Pour marinade over the fish, tossing to coat completely. Cover and refrigerate for at least 30 minutes - and up to 4 hours.

When you're ready to cook, preheat the broiler. Line a baking sheet with parchment paper. Remove fish from marinade and arrange the cubes on the baking sheet. Broil the cubes until they are just cooked through and caramelized on top; ours took approximately 10 to 12 minutes. 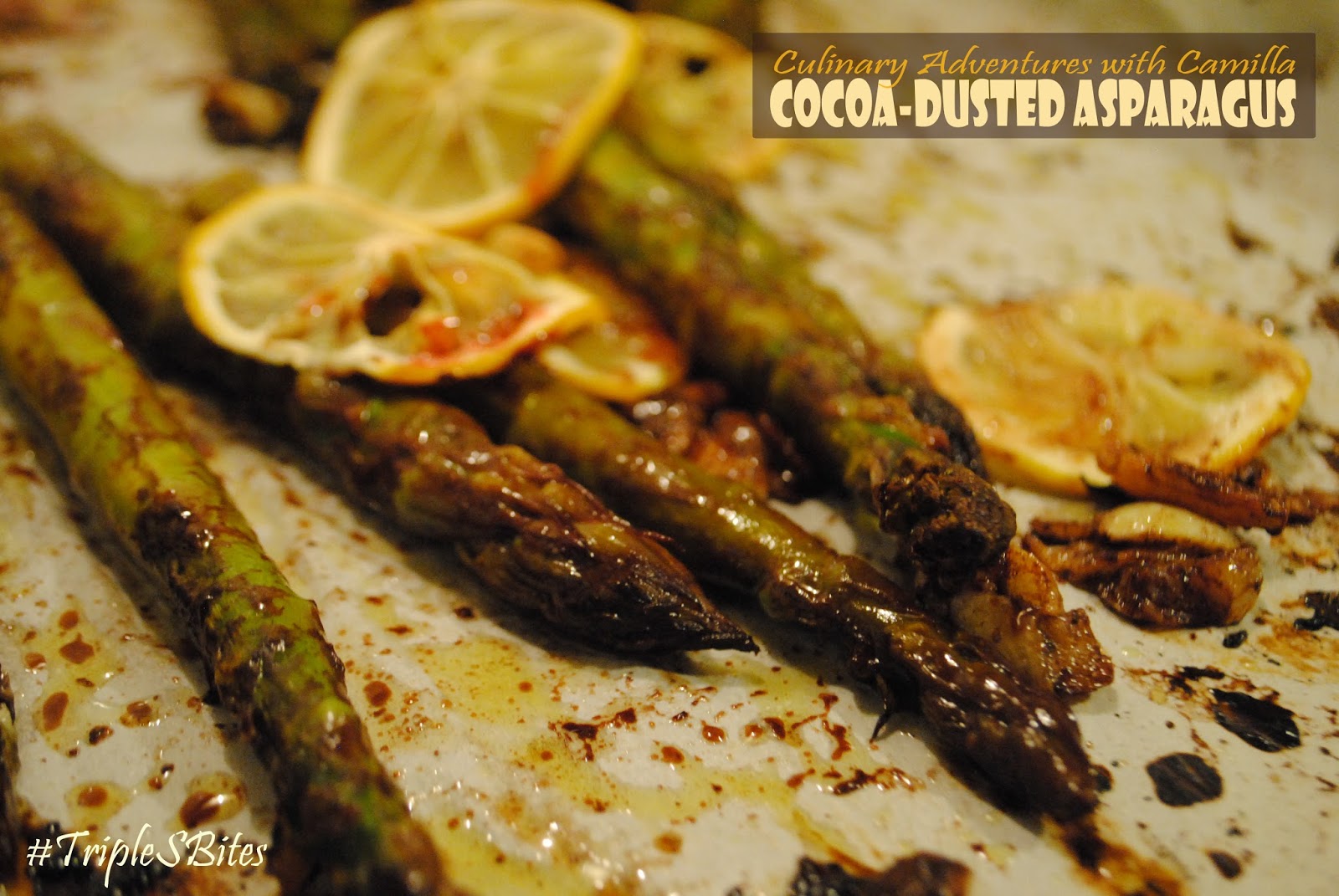 Ingredients
Procedure
Preheat an oven to 425 degrees F. Place the asparagus in a large mixing bowl. Drizzle with the olive oil and lemon juice. Toss to coat the spears, then toss with garlic, salt, pepper, and cocoa powder. Arrange the asparagus onto a baking sheet in a single layer. Top with lemon slices


Bake in the oven until just tender. Ours took approximately 12 to 15 minutes.

Thanks, Out of the Weeds* - just one of our #TripleSBites sponsors - for ingredients used in this recipe.

*Full Disclosure: I received a bottle of beet vinaigrette from Out of the Weeds for participating in #TripleSBites. Feel free to use whatever vinaigrette you have on-hand. I received no additional compensation for this post; all comments are 100% accurate and 100% my own.

Here's what everyone else brought to the table today...

We had some very generous event sponsors for this event.
THANK YOU! 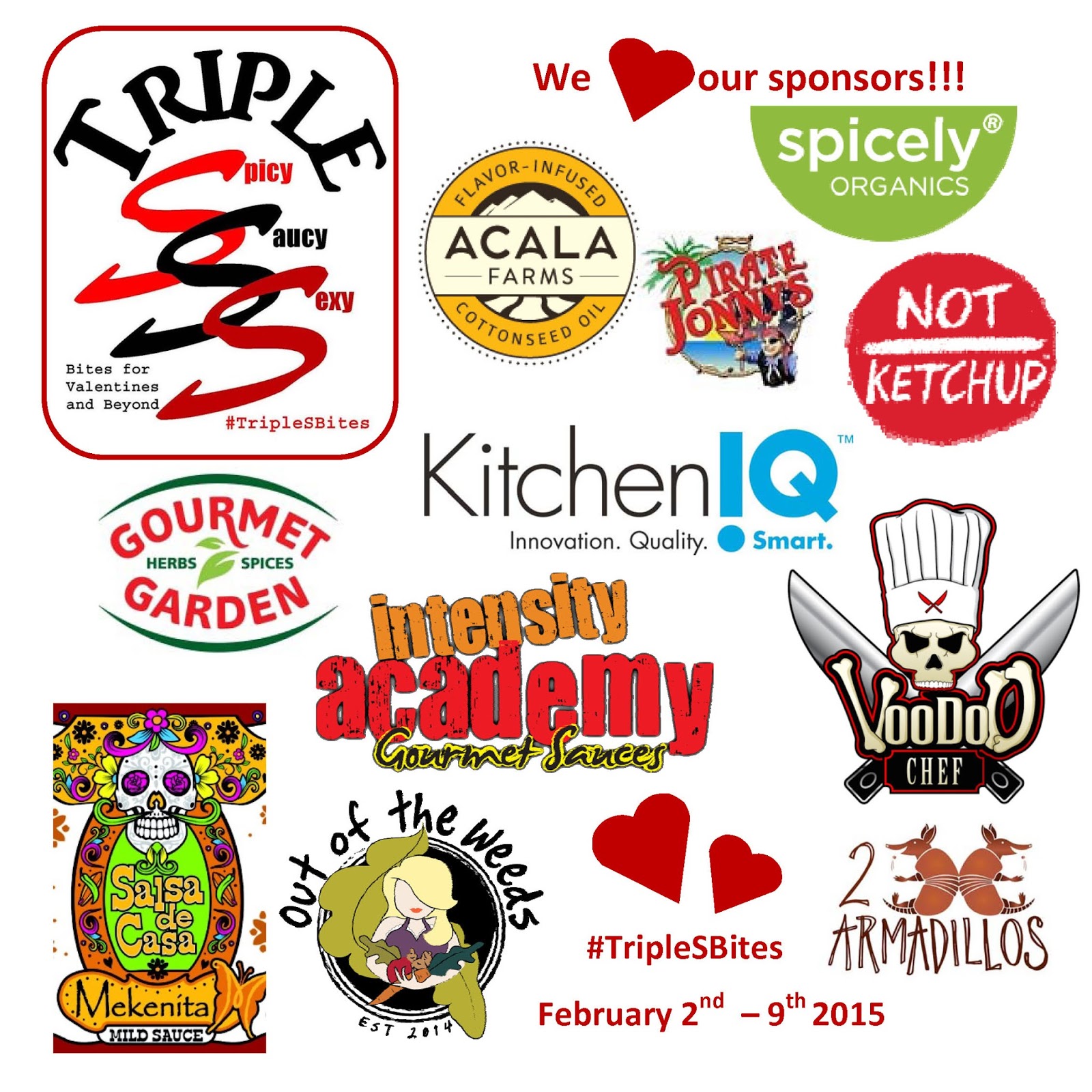