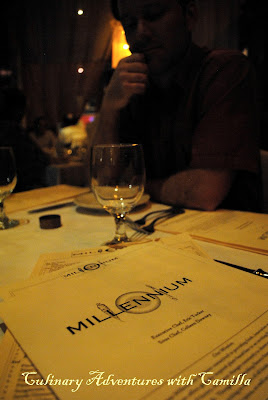 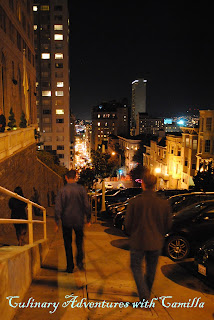 I was very proud of one of my best friends this weekend. He's a self-described germaphobe, who not only reached into a garbage can during our Urban Spy Adventure (Click to read about that: here.) but he actually didn't mind. And the evening before that mandatory fun, I took Mr. No-Meat-No-Meal - along with his wife and my husband - to a vegan restaurant. Brian actually raved about the food! Major food coup.

We dropped the kiddos off with grandparents and friends after work on Friday and headed up to San Francisco. After checking in to our hotel, we walked down to Hotel California's Millennium Restaurant for a late night meal. 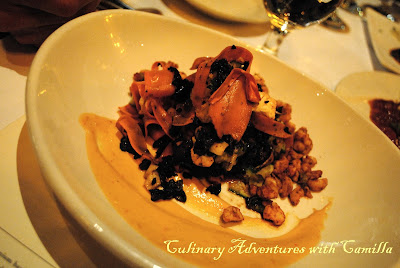 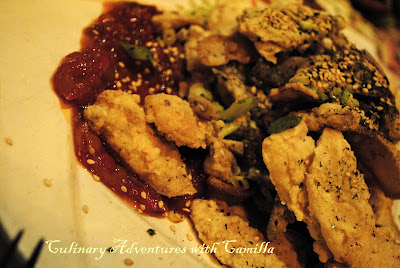 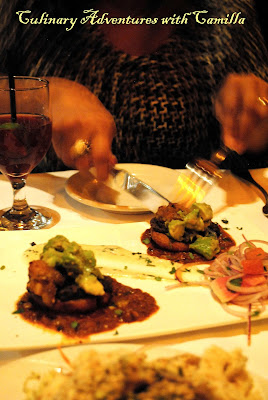 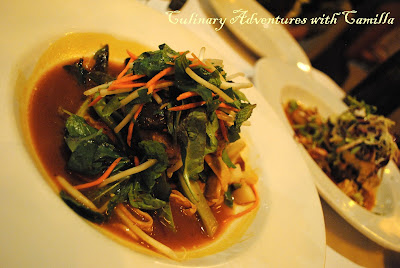 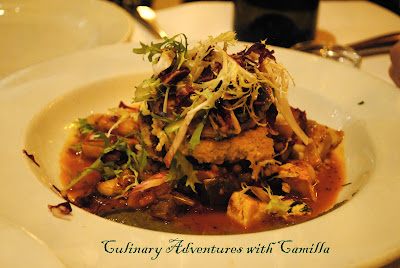 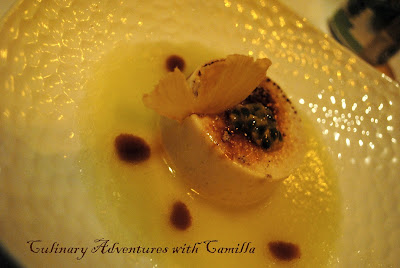 ...and this one never leaves the menu: Chocolate Almond Midnight! 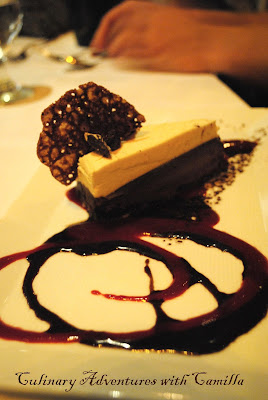 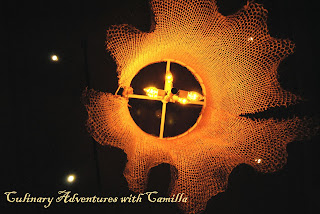 Millennium Restaurant is dedicated to supporting the essential earthly concepts of organic food production, small farms, sustainable agriculture, recycling and composting. They cook with fresh produce delivered everyday, and choose organic whenever possible. They believe that a gourmet dining experience can be created out of vegetarian, healthy, and environmentally friendly foods. They are proudly completely free of genetically modified foods. So, they are socially, environmentally-fabulous as well as delicious.


I did learn some new foodie vocabulary from this meal...

togarashi: This blend of spices is used throughout Japan as a table condiment, occupying much the same place that salt and pepper do in the American household. It most likely contains Chinese chile, orange peel, seaweed, ginger, poppy seeds, and sesame seeds.

epazote: This is used as a leaf vegetable. Raw, it has a medicinal pungency, similar to anise, fennel, or tarragon, except stronger. It is often used to season quesadillas and sopes

zhug: This is a Middle Eastern hot sauce, originating in Yemeni cuisine and brought to Israel by Yemenite Jews; it is now a staple of Israeli cuisine and made from fresh hot peppers and seasoned with coriander, garlic and various spices.