Cooking Around the World: Madagascar

By Camilla M. Mann February 25, 2013
Years ago when the movie Madagascar first came out, my then toddler had a pair of shoes with the characters on them. Here he is! You can almost make out Alex the Lion's mane, right? 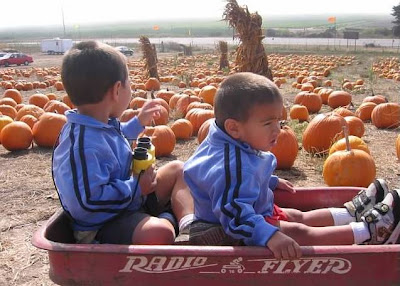 He was so proud of those shoes and was trying to show them off to his Aunt Pia and Aunt Jenn when we were having a picnic with them. 'Ma-ga-gar!' he announced, pointing at his shoe. What, Sweetheart? they both asked. 'Ma-ga-gar!' he said louder, inching closer and lifting up his foot. I'm not quite sure how long this exchange went on; I think I must have been occupied with Riley somewhere. By the time I got back, Dylan had Pia's face in his hands and he was saying it louder...as if the problem was his volume...with his foot up in the air: 'Ma-ga-gar!!'

She looked at me and apologized, "Cam, we have no idea what he's trying to say, but he's very enthusiastic about something. What is he trying to tell us?" Dyn, what are you trying to say to Aunt Pia?  'Ma-ga-gar, Mamma! Ma-ga-gar!" Oh, Madagascar...he's trying to show you his shoes. While Pia was fluent in 'toddler' from her toddler, mine was a whole different story. He was, admittedly, difficult to understand at times.

But, I digress. Today we travel to 'Ma-ga-gar' by tabletop for dinner... 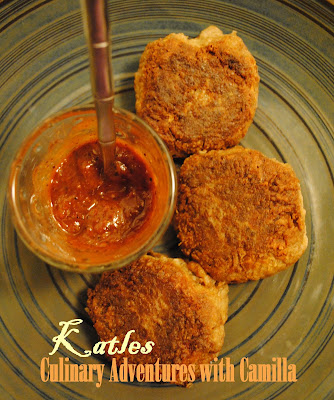 This is a traditional Malagasy recipe spiced beef and potato cakes. Side note: I have no idea how this is pronounced. I pronounced it "cattle." Riley immediately piped up, "Oh, they called it 'cattle' because it looks like a cow patty." Not likely.

Boil the potatoes in lightly salted water until fork tender. Mash with a potato masher until smooth.

In a large pan, brown the meat in a splash of oil with ginger and garlic. Once cooked through, season with salt, pepper, and curry. Mix into the potatoes. Add 1 beaten egg to form a "dough."

Heat butter and oil in a large, flat-bottom pan. Form the meat-potato mixture into balls and flatten them slightly. Dip them into flour to coat. Then fry on both sides for about 3 minutes per side. The katles should be nicely browned and warm all the way through. Serve hot with a hot pepper dipping sauce. 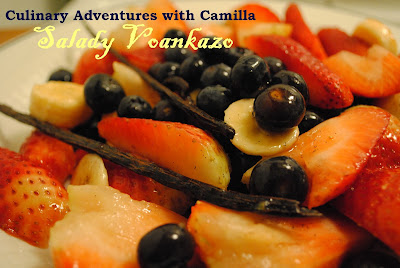 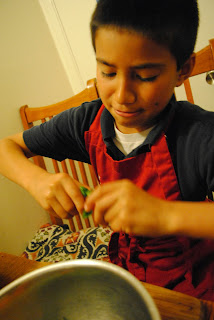 I couldn't find any lychee at the market today. Darn it. So, I used what I had. This dish was a hit, but I'm not sure it's really authentic. Still it was Salady Voankazo-inspired.

Dylan helped me hull and slice the strawberries. See how big he is now!


Place all of the fruit in a mixing bowl. Toss with the remaining ingredients and allow to macerate for at least 20 minutes before serving. When you serve the fruit, be sure to spoon some of the syrup that's formed into each bowl.

These Global Table Ambassadors are signing off for now. We're moving forward through the M-countries and will heading to Malawi next.