By Camilla M. Mann August 01, 2012
For the dessert portion of the 5th grade summer homework cooking-mission, Riley selected a bread pudding that he saw on the cooking channel. We don't have a television. Well, we have a physical television, but it doesn't receive any stations; we use it to watch DVDs and documentaries on netflix. It never occured to me that my kids watch cooking shows at the Nonni's house. That is until I received an email from my mom that read: "Good morning - we were watching the cooking channel and Riley said he would like to make this bread pudding.  It's a bread pudding made in a slow cooker by the America's Test Kitchen folks.  If you need the cooker let me know.  It sounds yummy." 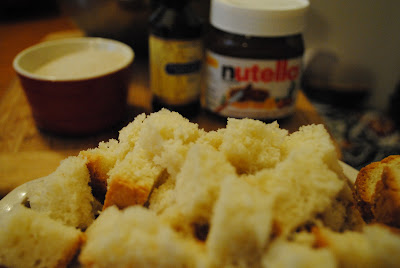 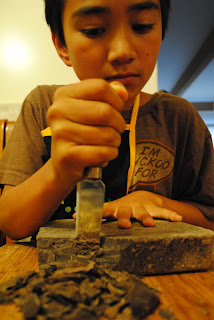 I didn't have challah, so we used a speedy yeast bread. And I also don't have a slow cooker, so I used a stoneware bowl.

Preheat the oven to 350 degrees. Butter the baking dish. In a large mixing bowl, whisk together the cream, sugar, egg yolks, vanilla, and milk. Stir in the Nutella, then blend in the bread cubes until moistened. Add in the chocolate pieces. 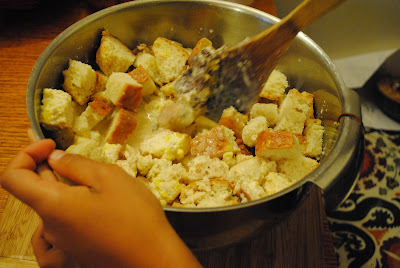 Press the mixture into the buttered baking stone. Cover with foil. Bake for 60 minutes. Uncover and sprinkle with 2 T granulated sugar. Bake for another 30-45 minutes or until the mixture is firm and golden.

Serve with a dollop of unsweetened whipped cream. 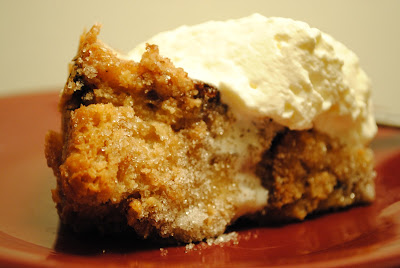 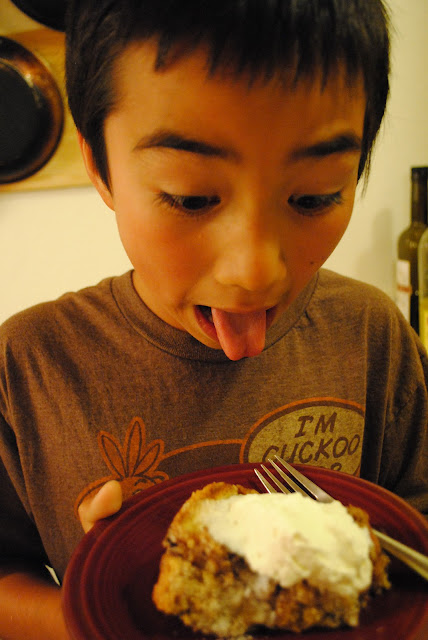