So, one of the premises of our Cooking Around the World Adventure: explore different countries by cooking a traditional meal. As we are wrapping up the 'F' countries with a tabletop trip to France, I half-heartedly suggested escargots. The response was not enthusiastic. My husband said he'd strike - only for that one meal, of course; my usually agreeable Dylan said, quite tepidly, "ohhhhhhh, okay, Mommy"; and Riley gave me a disapproving look and didn't say a word.

"What do you think of when I say 'France'?" I queried. I have never heard them answer in such unison before: "Pastries!" they hollered. 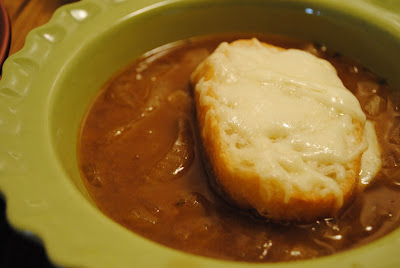 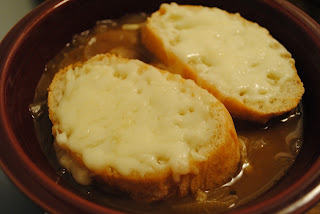 Divide soup among bowl, then float a cheesy croûte in each.