By Camilla M. Mann April 13, 2021
This is a sponsored post written by me in conjunction with the #TannatDay event.
Wine samples were provided for this post and this page may contain affiliate links. 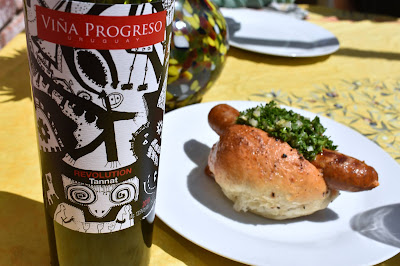 When one of my wine contacts asked if I'd like to be involved in celebrating Tannat Day during Uruguay Wine Week, I thought to myself, "Is that even a real question?" Of course I'd like to help celebrate Tannat Day. So, here we are.
A Tannat Hero and #TannatDay 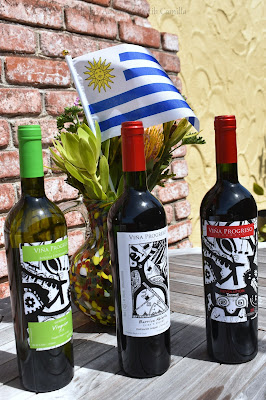 International Tannat Day is celebrated on April 14th commemorating the day of Pascual Harraigue's death in 1894. If you are like me and had to ask, "Who is Pascual Harraigue?", here's a brief answer.
Born in Lapurdi, which was a Basque province but is now part of southwestern France, Harraigue emigrated from France, landing in Uruguay at the age of 19. He moved from Montevideo to Salto and eventually began to cultivate grapes on land he acquired. Throughout his life, he grew and made wine with the Tannat grape. His first harvest was in 1878 and within a decade the Uruguayan government recognized his contributions to the wine industry. And in 2016 the National Viticulture Institute in Uruguay declared Tannat Day an official event. In short, Harraigue is a Tannat hero and #TannatDay honors his legacy.
2018 Viña Progreso Revolution Tannat
by Gabriel Pisano 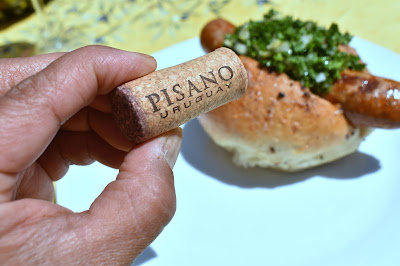 I received three bottles of wine from Viña Progreso via Uruguay Wine* and will share more about Gabriel Pisano, the winemaker, the winery, and  his wines in a different post. Lots more! This kick-off post for #UruguayWineWeek and #TannatDay will just share one of those wines plus a traditional Uruguayan dish, the Choripán served with Chimichurri. 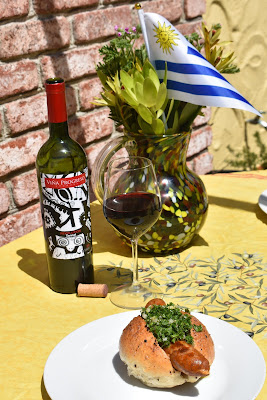 I learned that Pisano is a winemaker who likes to take risks - on challenging grape varieties as well as innovative, atypical styles of his wines. This Tannat is no exception; it's an iteration of the Tannat grape that was delicate. I've heard wines described as 'feminine' and I wasn't really sure how to interpret that until this wine. 'Feminine' was the first word that popped into my head. And what I mean by that is that it's floral on the nose but vibrant on the palate. It was dangerously drinkable and I had to put the bottle away after lunch to save it for a second pairing!
Choripán and Chimichurri 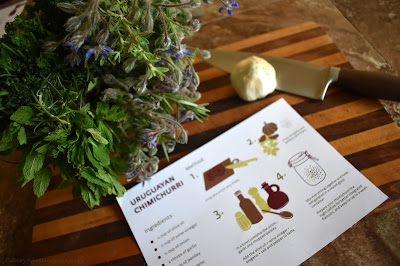 Along with the wines, I received a packet of information about Uruguay wines, a flag, and a recipe for Uruguayan Chimichurri. We make chimichurri quite a bit in this house. So, when my kids saw the recipe card, they started a little jig of joy, chanting, "Choripán. Choripán. Choripán!" Fine. Choripán is a typical Uruguayan sandwich, that is also popular in Argentina, Chile, Paraguay and part of Brazil.
Ingredients serves 4 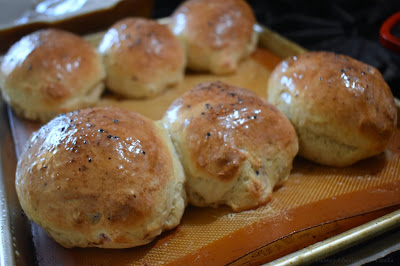 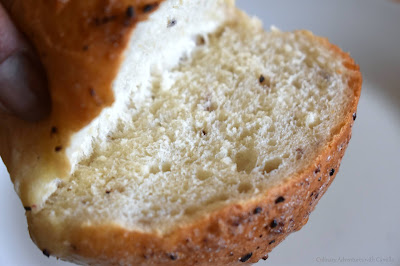 Uruguayan Chimichurri
Chop all of the ingredients as fine as you can - or you can use a food processor. It just depends on your knife skills and how fine you actually want it. I used a knife.
Stir everything together, seasoning to taste with salt and pepper. Transfer to a bowl and let stand for, at least 30 minutes. If you are making this ahead of time, place in a lidded jar and keep in the refrigerator. Use within three days.
Choripán
Slice the rolls in half lengthwise, down the top, and toast in the oven. Grill the chorizo until nicely charred. To serve, place chorizo on the rolls and let everyone add as much or as little chimichurri as they wish. 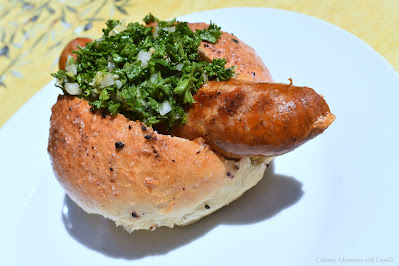 Stay tuned for more recipes and wine pairings from Uruguay this week. A few more Tannat-matches, but I am excited to share more about the Viognier that  Pisano makes. Stay tuned. 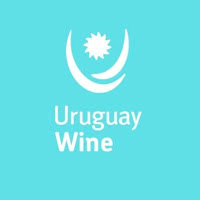 Uruguay wine on the web, on Twitter, on Instagram
*Disclosure: I received sample wines for recipe development, pairing, and generating social media traction. My opinions do not necessarily reflect the opinions of the organizer and sponsors of this event.