An Array of Empanadas #CulinaryCam 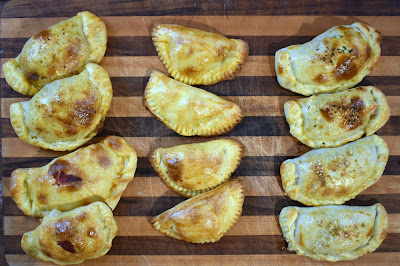 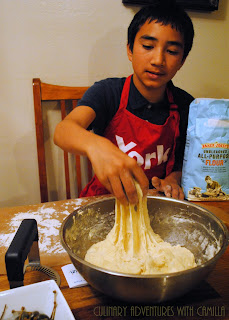 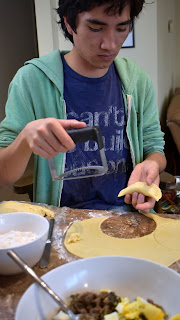 But I have this Precise Kitchen Elf who lives in my house. Read about when I should have known he was a Precise Kitchen Elf. So, when he asks when I planned to make homemade empanadas again ("exactly the same way as last time, please"), I just tell him that he needs to help...to ensure they are done correctly. And he usually agrees. He's been my resident empanada maker for years as you can see from the photos above; he's been helping to make these for the greater part of a decade. 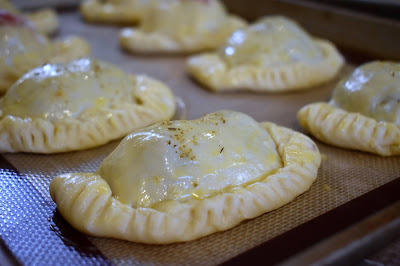 When we talked about the most important part of an empanada, we disagree. I think it's the dough that makes the empanada; R says it's the filling; and D insists that it's the egg-wash. Uh-huh. But one thing on which we all agree: we love empanadas! So, Jake and I decided to film a video for our  #CulinaryCam YouTube channel and post it ahead of Empanada Day which is April 8th.
We did an array of empanadas - both sweet and savory - with the same dough. You can get creative with your fillings. 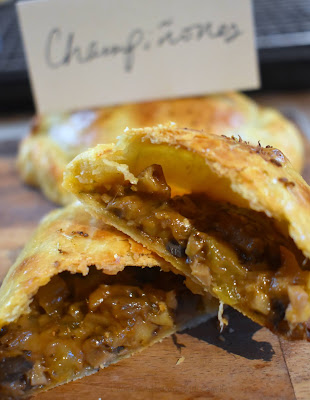 For instance, for the mushroom empanada, I used some leftover mushroom ragù, stirred in some chopped chestnuts and shredded cheese. You don't really even need to measure.
Ingredients
makes approximately 36 medium empanadas 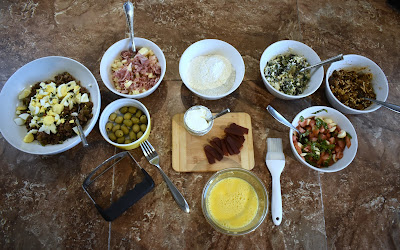 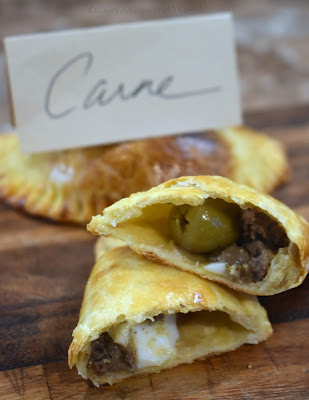 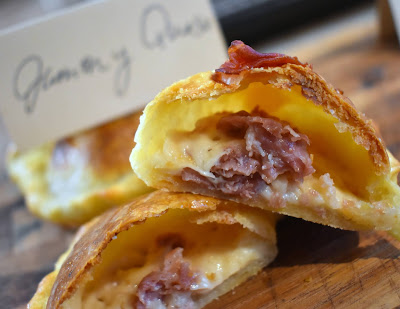 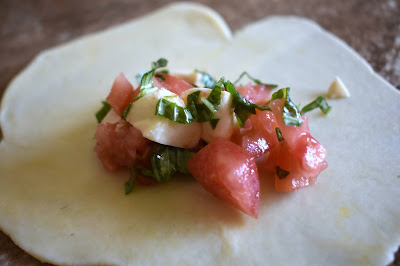 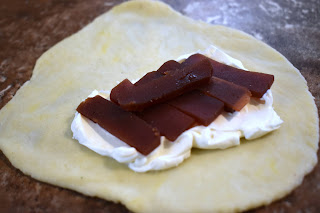 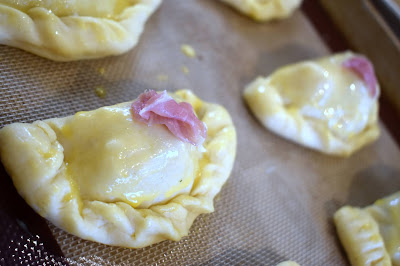 Empanada dough
Mix the flour and salt in a large mixing bowl. Add the butter and blend well. Add the egg yolk and, then, the milk. Knead until the dough comes together in a ball. Wrap in plastic wrap and refrigerate for at least 30 minutes. Once chilled, roll the dough out between two pieces of parchment paper. Cut out round disc shapes for empanadas. 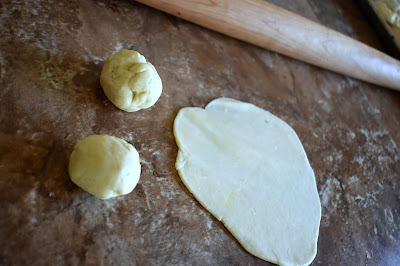 The Carne
Combine the first five ingredients together in a mixing bowl. Melt the butter in a large, flat-bottom pan. Add the onions, garlic, and poblano and cook till the onions are softened and translucent. Add the meat mixture to the onions and cook on medium heat until the meat is cooked thoroughly, stirring frequently. Stir in 2 Tablespoons fresh tomato sauce and season to taste with salt and pepper.
Let the meat mixture cool, then place at your work area with the hard boiled eggs and green olives.
Assembly
Preheat the oven to 400 degrees Fahrenheit. To assemble the empanadas place a spoonful of the filling on one half of the empanada disc. Fold the empanada discs in half and seal the edges, You can twist and fold the edges with your fingers. Like this... 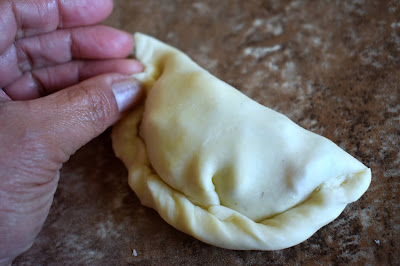 Or you can use an empanada fork, what R used to call his "empanada generator." It's actually called an empanada fork. Lightly brush the top of the empanadas with the beaten egg. This gives them a nice golden glow when they bake.
Bake for 20 to 25 minutes - till nicely browned and firm to the touch. Let cool for a few minutes before serving. But serve hot. Enjoy!