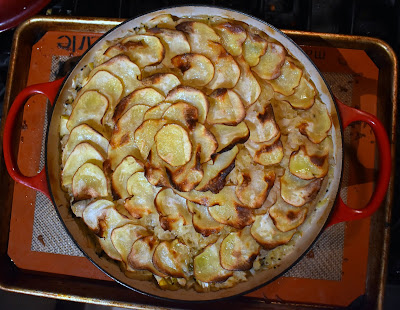 Every now and then I come across a photo of a dish with - maybe - nothing other than the name or a few scribbled words. Oddly, I used to clip food photos out of magazine without the recipe. Why?!?! I have no idea. That was the case with this dish. I did, however, write down: "sausages, sauerkraut, apples, potatoes."

So, I set about trying to create Zasmażana Kapusta without the slightest idea of how it was made. Okay, I could probably have Google'd it and come up with some instructions. But, heck, the challenge is the adventure part, right?!

I will say that after I made it, I posted a photo and asked if I knew anyone who had actually had the dish. Turns out my version didn't use the correct sausages (I used uncured bratwurst), I should have sliced the sausages, and many people didn't agree with the potatoes on the top. So, I will be re-doing this recipe with some of those changes in mind. My family actually liked the potatoes on top, and the photo I had in my old recipe binder showed them on top just like this, so that will still happen. But we will making the potato layer thicker...like a Shepherd's pie. But, as this was still tasty, I'm sharing my first stab at Zasmażana Kapusta. 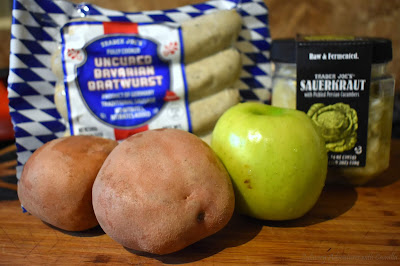 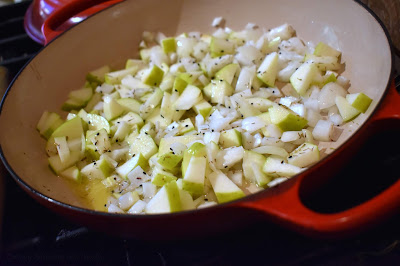 Preheat oven to 400°F. Melt butter in a splash of olive oil in the bottom of a Dutch oven or other heavy lidded pan. Stir in the onions and cook for a few minutes. Add in the apples and stir to coat with the butter-oil mixture. Fold in the caraway and fennel seeds. 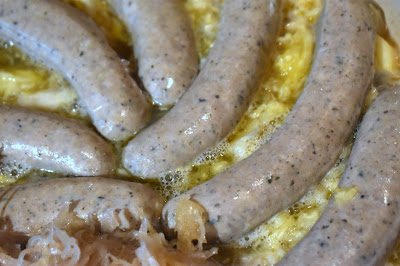 Spoon 2 C sauerkraut over the onions and apples. Nestle the sausage in the kraut and top with remaining sauerkraut. Pour in white wine. 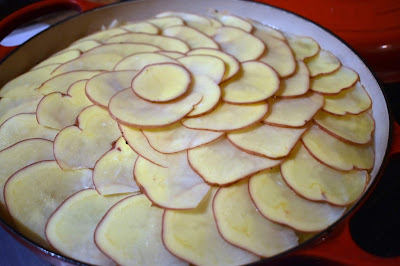 Arrange potato slices in a circular pattern over the top of the sauerkraut. Place pan, uncovered, in the oven. Bake the casserole until the potato edges start to get crispy, approximately 60 minutes. Cool for 10 minutes before serving. 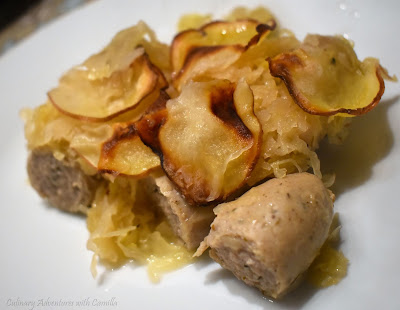 Version two will include kielbasa sausages, sliced into thick coins, and a layer of mashed potatoes over the sauerkraut with the thin, crispy slices over the top of that. We'll see how that goes. Stay tuned!