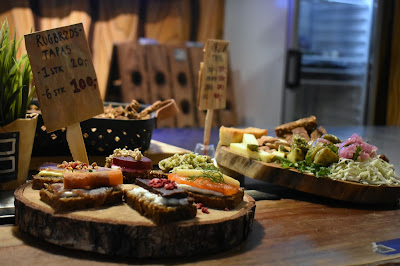 There are a multitude of reasons why Rikke and I have remained friends for over two decades, across two continents, and when life and circumstance have only had us connecting over social media for the past fifteen years. Yikes! But one of the reasons I adore her is her ability to know exactly what will make my little foodie heart soar. One a grey afternoon in Aarhus, she uttered two words that warmed me right up: Street. Food. 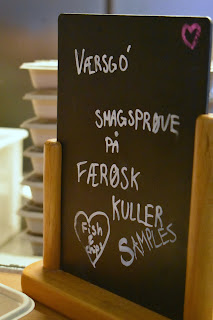 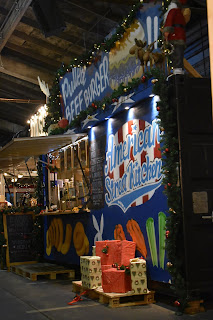 So, off we went to Aarhus Street Food. This collection of street food vendors was housed inside - thankfully! - and all served out of cargo boxes versus food trucks. 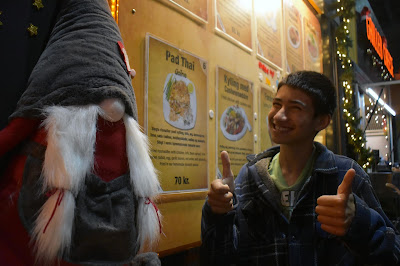 D made his way to the Thai offering because the giant nisse caught his eye. 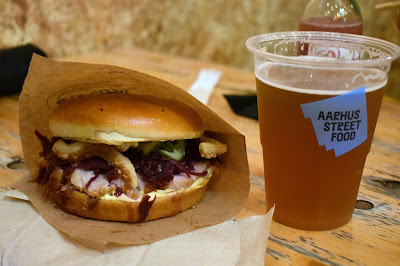 Jake found his bliss with a burger and a beer. Rikke ordered a falafel and I think R chose a tuna bowl. 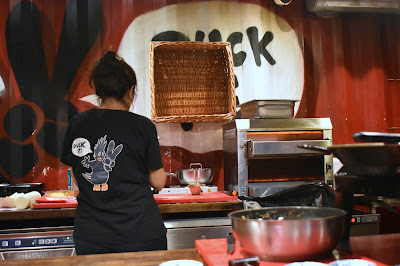 And I refrained from shrieking, but I think I might have squealed when I saw the duck stand. Duck?!? If only duck were that mainstream in this country. Duck It! offered shredded duck burgers, duck boats (hash browns filled with duck), and more. I opted for the duck fries which had perfectly cooked potatoes fried in duck fat and topped with shredded duck. Yeah, I was in ducky heaven. 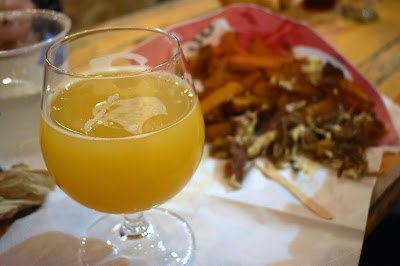 At another stand, I asked for a local Danish brewed saison. I ended up with a session (IPA). So, something was a little lost in translation. But this cloudy beer was called Sticky Fingers from Flying Couch Brewing out of Copenhagen. I'm not usually a fan of IPAs, but this was good and I liked how it paired with the duck fries. 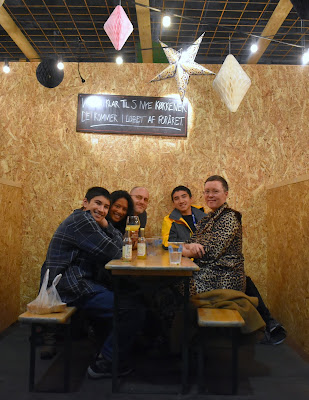 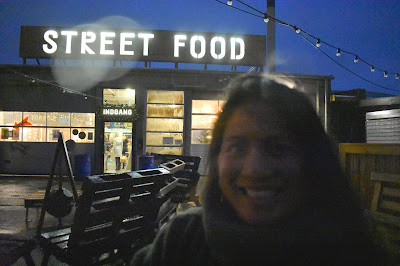 When we make it back to Aarhus, this is on our list again!