Drinks to Warm You Up: Wassail and the Tradition of Toasting #OurFamilyTable

By Camilla M. Mann January 06, 2019
Today, Ellen of Family Around the Table and Christie of A Kitchen Hoor's Adventures invited us to join them in sharing drinks to warm you up. They wrote: "Winter is in full swing and it's time to warm up with a beverage. Think hot chocolate, hot toddy, warm cider, cappuccino and more for this event." It sounded perfect after a couple of chilly weeks in Denmark for the holidays! 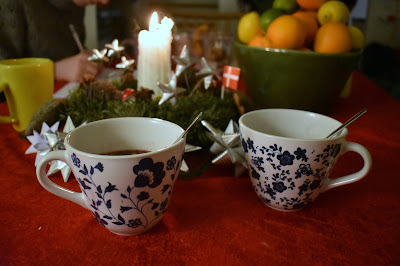 Drinks to Warm You Up

When I began researching wassail, because I had read about it in different British literature for years, I found it actually started as a toast or a greeting. Waes hael! people would say while lifting up a mug of spiced cider. And there was traditionally a piece of toasted bread that floated on top of the cider. Hence the sayings: "I'll toast to that!" or "Let's have a toast!"

But, probably, my favorite of the wassail traditions that I found was the ritual of offering the spiced cider to the trees.  In the winter, wassailers would prepare traditional wassail, soaking pieces of toast in it, and travel from apple orchard to orchard in effort to ensure a good harvest for the coming year.  They might even hang wassail-soaked pieces of toast in the branches or bury them at the roots to keep the tree spirits well-fed until the next year. 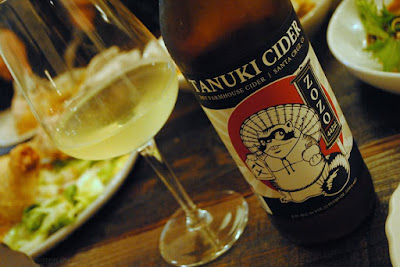 I probably could have looked for a British hard cider, but I opted for a local-to-me brand: Tanuki, out of Santa Cruz. 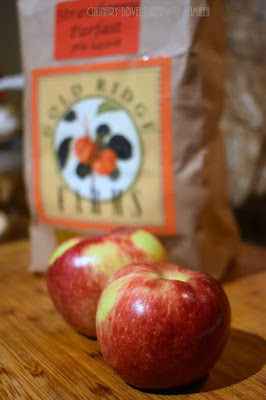 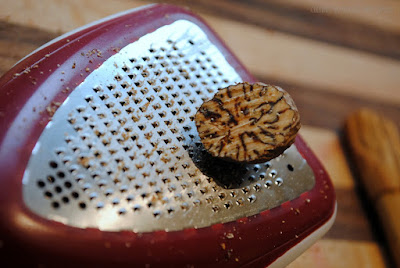 Procedure
Preheat the oven to 350 degrees Fahrenheit. Scoop out the core of the apples, leaving the bottom intact if you can. Fill each apple with 1 T of sugar and place them on a parchment or silicon mat-lined baking sheet. Pierce the orange with the cloves and place it on the same baking sheet. Put the tray in the oven and bake for 35 to 40 minutes.

In the meantime, wrap the allspice and cinnamon in a piece of cheesecloth and set aside. Pour the apple cider and brandy into a heavy-bottomed stock pot and warm over low heat. Whisk in the ginger and grated nutmeg and float the packet of spices in the wassail as it warms. Take care not to let the wassail boil.

In a medium mixing bowl, beat egg yolks until lightened in color. In a separate bowl, whip egg whites until stiff peaks form. Fold yolks into whites, then temper the eggs by slowly pouring a ladle-full of warm wassail into the eggs.

Remove the spice sachet from the wassail and pour in the tempered eggs. Transfer to a punch bowl. Float baked apples and the orange in the wassail and serve by the mug. If you wish, top each mugful with a small slice of toast. Waes hael!