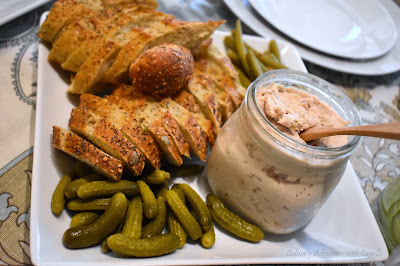 I love starting dinner with bubbles. Sparkling wine, that is. Besides, this was a celebration dinner for a friend's birthday. So bubbles were a must. I had decided to host a Game-y Night dinner. So we were set to play all kinds of games and eat game meats. Think rabbits, quail, pheasant, and wild boar. I ended up just doing rabbit and wild boar; I saved the quail and pheasant for other nights. 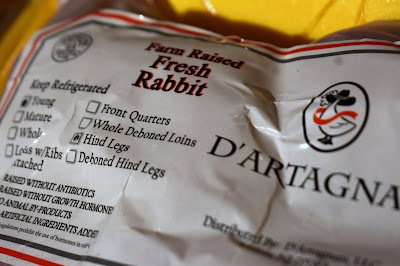 When I can get rabbit locally, I do. But, when I can't, I order it from D'artangnan. As part of our cheese platter course, I decided to make rabbit rillettes. Rillettes are savory meats or fish that have been braised or prepared as confit. The first time I made rillettes was with wild boar that my friend had killed. Then I've made them with lamb and with pork. Using rabbit was a first and, I think, my favorite!

And a quick note about this salt. I noticed this canister in the store when I was shopping with my friend in Denmark. "Oh, that's a special salt from Læsø Island," she explained. That's all she needed to say. I popped it into the cart. I packed it in my carry-on luggage. And I answered for the "unidentifiable powder" to the customs inspector. Thankfully, they let me keep it. I only wish I had gotten more. 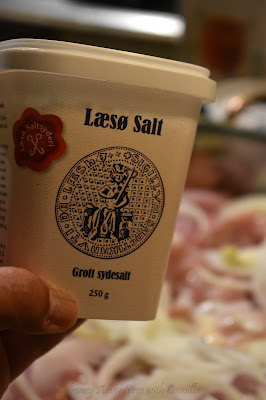 Turns out Læsø Salt is unfiltered handcrafted sea salt which has been used and produced since ancient times on Læsø Island, Denmark. Still using the processing techniques from the 11th century, they collect groundwater on the south side of the island. They boil it in a large kettle until it crystallizes, then they hang it to dry longer in a fired hut. On one hand, I love it and have been using it in everything. On the other hand, I feel as if I should save it for special occasions. I'm still debating. 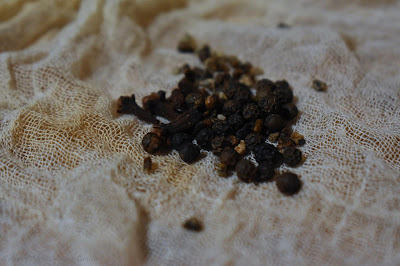 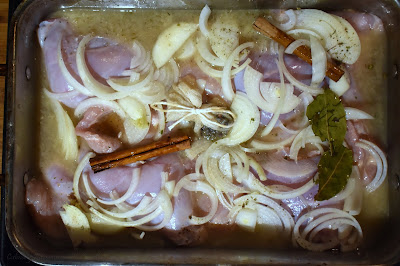 Preheat the oven to 200 degrees F. Tie the peppercorns and cloves into the cheesecloth and tie it with the twine. Set aside. 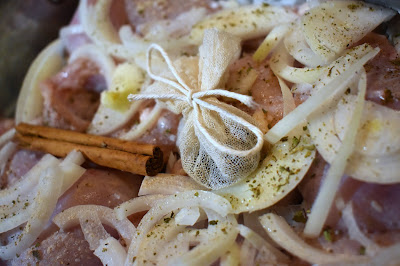 Place your meats in a single layer in a roasting pan. Heat the lard until it's liquid, then pour it over the meat. Pour in the stock and wine. Place onions on top of the meat and nestle in the bay leaves, cinnamon sticks, and spice sachet. Sprinkle with thyme and place the pan in the oven. 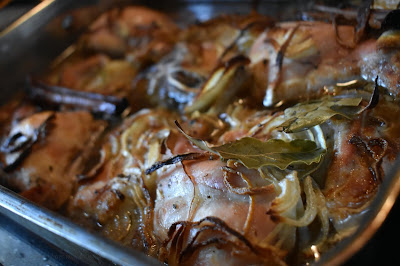 Poach the meat for 3 hours. The meat should be falling off the bone and tender. Return it to the oven, checking every 30 minutes or so. Once it's done, remove the pan from the oven and let it cook for at least 1 hour until it's cool enough to handle.

Once you can handle everything, place the meat (not the bones) and the softened onions (not the crisped ones) in the bowl of a food processor. Discard the bay leaves, spice sachet, and cinnamon sticks. Strain the cooking liquid and set aside.

Pulse the meat and onions, adding in 2 T cooking liquid to 1 T softened butter, until you get the texture you want. Season to taste with more salt, if needed. 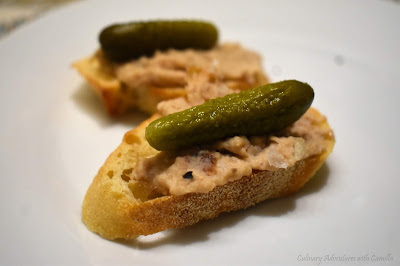 If you're serving immediately, place in a serving jar and serve with baguette slices and cornichon. If you're serving later, pack the rillettes into small jars. O, for even longer storage, melt some butter and pour a 1/4" layer over the top of the rillettes. Once the butter hardens, it will protect the rillette in the fridge for several weeks or you can freeze it for months. 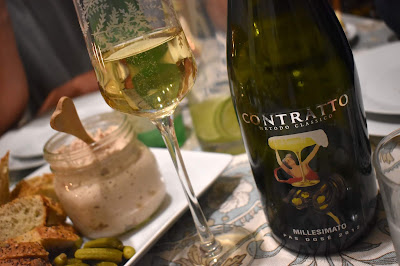 The sparkling wine I poured with the rillettes was the 2012 Contratto Millesimato Extra Brut. I had first read about Contratto from my blogging friend Nicole at Somm's Table. You can read her article here. I was so excited to learn about a sparkling Italian wine that wasn't prosecco or moscato.

With a blend of 80% Pinot Noir and 20% Chardonnay, this  2012 Metodo Classico Millesimato Pas Dosé ages on the lees for at least five years and results in a creamy, almost full-bodied sparkler. It's deliciously frothy with vibrant tones of green apples and marzipan. It was a perfect pairing with the creamy rillettes.